The Unbiased Blog
Home News Tech Clubhouse App is now on Android. Here is how to install it... 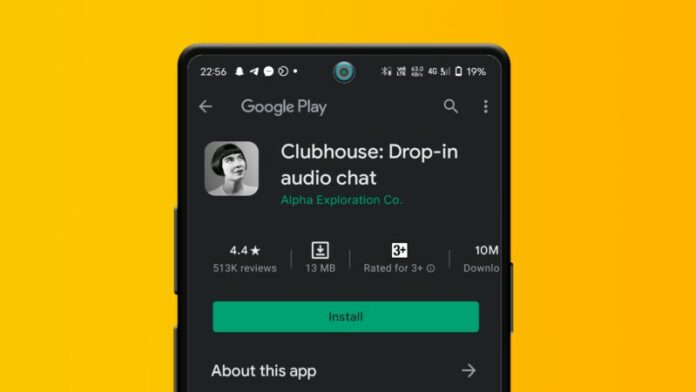 The much-awaited Clubhouse App is now on Android OS. This app made a lot of app developers add new features to their existing apps like we saw on Twitter with Spaces and Telegram too with Voice Chat 2.0. Unlike the iOS version of the App, this Android version of the app is only available as an Alpha app, but pre-registration on the Google Play Store has already started. For those who want to install the Alpha version of the app, we have already found a solution for it. So here is how to install it if you don’t see it on the Play store in India.

The download link for the Clubhouse for Android APK file is mentioned below, users can just download the file and install it as they usually install an APK file. However, if you’re installing an APK file for the first time on your Android device, then you would need to enable unknown sources. That can be done by clicking on the downloaded APK and then enabling the toggle on the pop up that comes up.

Before you install the APK, you need to be invited through your phone number from an iOS device as it is Invite only, just like the iOS version of the app. Also as of now, the Android app is very unstable, so you can’t host a room, however, joining one is possible. Also, you can’t invite anyone through this Android app. All these things should be fixed when the newer version of this Clubhouse Alpha releases.

We have attached some screenshots below, which are from the app itself so that you can have a better overview of how the App looks on Android.

Well with that said, do let us know your opinions on this post Clubhouse App is now on Android. Here is how to install it if you don’t see it on the Play Store in India by dropping a comment down below.