Here’s everything you need to know about WWDC 2021 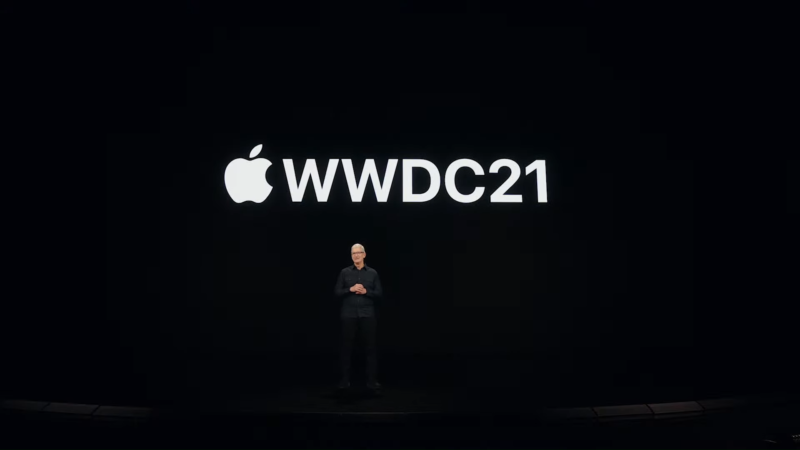 Apple has finally finished the live streaming of the Apple World Wide Developer Conference (also known as WWDC) for this year. They have made a whole lot of changes to the software side, whereas there are no new announcements of hardware this year. So that you get a better idea about all the launches that have happened in this years WWDC, here’s everything you need to know about WWDC 2021.

They have announced a lot of new stuff, there are even a lot of software updates starting from iOS to tvOS, Apple has given new updates to each and every product in their current ecosystem. iOS has been updated to iOS 15, iPadOS to iPadOS 15, macOS Big Sur to macOS Monterey now, watchOS 7 to watchOS 8 and last but not least, tvOS 14 to tvOS 15.

Right off the bat, there is iOS 15 and it brings some new changes to the OS. They have introduced more Natural FaceTime Calls and Shared Experiences with SharePlay. Facetime now comes with spatial audio, so that voices in a FaceTime call sound as if they are coming from where the person is positioned on the screen, and new microphone modes separate the user’s voice from background noise. Portrait mode is now available for FaceTime and designed specifically for video calls, so users can blur their background and put themselves in focus. While using Group FaceTime, a new grid view enables participants to see more faces at the same time.

There is also the new SharePlay, which can be used while connecting with friends on FaceTime, including listening to songs together with Apple Music, watching a TV show or movie in sync, or sharing their screen to view apps together. FaceTime calls also extend beyond Apple devices with the ability to create a link from iPhone, iPad, or Mac, and share it through Messages, Calendar, Mail, or third-party apps, so anyone can join a FaceTime call from their web browser on Android and Windows devices. FaceTime calls on the web remain end-to-end encrypted, so privacy is not compromised.

Notifications have also been redesigned, now it is adding contact photos for people and larger icons for apps that make them even easier to identify. To help reduce distraction, a new notification summary collects non-time-critical notifications for delivery at a more opportune time, such as in the morning and evening. Using on-device intelligence, notifications are arranged by priority, with the most relevant notifications rising to the top, and based on a user’s interactions with apps. Urgent messages will be delivered immediately, so important communications will not end up in the summary.

There’s also a new feature called, ‘Live Text’ which uses on-device intelligence to recognise text in a photo and allow users to take action. For example, users can search for and locate the picture of a handwritten family recipe, or capture a phone number from a storefront with the option to place a call. The Camera app can also quickly recognise and copy the text in the moment, such as the Wi-Fi password displayed at a local coffee shop. With Visual Look Up, users can learn more about popular art and landmarks around the world, plants and flowers found in nature, breeds of pets, and even find books. Spotlight now uses intelligence to search photos by location, people, scenes, or objects, and using Live Text, Spotlight can find text and handwriting in photos. This is just like Google Lens, and in some cases even better than that.

These were all the main new changes brought with iOS 15, there are some other changes made too, like a new Weather, Notes and Maps app. The weather app has had some changes, even the notes app and the Maps brings new 3D maps too.

As for the availability of iOS 15, the developer preview of iOS 15 is available to Apple Developer Program members at developer.apple.com starting today, and a public beta will be available to iOS users next month at beta.apple.com.  It is available on iPhone 6S and later.

Moving on, we have iPadOS 15, the much-awaited software update for all the iPads. A lot of people were expecting Apple to bring apps like Final Cut Pro X and XCode to the iPad, as now it has got the same M1 chip as the Macs, but unfortunately, that didn’t have, in this event eventually. But we do have got a lot of other changes and they really make iPad OS 15 look great.

With iPadOS 15, Apple has made it easier to work with multiple apps. A new multitasking menu appears at the top of apps, letting users go into Split View or Slide Over with just a tap. Users now have quick access to the Home Screen when using Split View, making it easier to get to the right app. Using the new shelf, they can also multitask with apps that have multiple windows like Safari and Pages, as well as quickly preview emails.

The maker claims that the experience with an external keyboard has also improved as it now allows users to get more done with all-new keyboard shortcuts and a redesign of the menu bar. Users can quickly set up and switch between Split View and Slide Over with new shortcuts for multitasking right from the keyboard.

There is support for widgets among apps on Home Screen pages, this helps with providing more information at a glance and offering a more personalised experience. Apple says that it is designed specifically for the larger display of the iPad. This also means that they have added some special and larger widget size which are great for showcasing videos, music, games, photos, and more. iPadOS 15 also brings all-new widgets for App Store, Find My, Game Center, Mail, and Contacts.
Also coming to iPad is the App Library, automatically organising apps into helpful categories like Productivity, Games, and Recently Added, and allowing users to access all their apps right from the Dock.

There is a new Quick Note feature added which is a fast and easy way to take notes anywhere across the system. This can be used while browsing in Safari or finding a restaurant, users can bring up Quick Note anywhere to write down a thought and add links, providing an easy way to get back to exactly what they were looking at.

Safari also gets a new tab design that lets users see more of the page as they browse. It also now supports web extensions, available from the App Store. One more app which is now available on iPad is the Translate app that comes to iPad with new features that make conversations easier and more natural. It even supports Auto Translate detects when someone is speaking, and in which language, so users can converse naturally without having to tap a microphone button.

It is even possible for users to build both iPad and iPhone apps, using Swift Playgrounds. Apple also gives an option to submit the apps they made directly to the App Store, and this offers new ways for anyone to create apps and share them with the world.

As for the availability, the developer preview of iPadOS 15 is available to Apple Developer Program members at developer.apple.com starting today, and a public beta will be available to iPadOS users next month at beta.apple.com. For the support, iPad mini 4 and later, iPad Air 2 and later, iPad 5th generation and later, and all iPad Pro models are supported.

As we said earlier, macOS has been updated too. It is now called macOS Monterey and it offers some great improvements over the last version which was macOS Big Sur. With this new update, Safari has been redesigned and the browsing experience is much better now. The new tab design lets users see more of the page as they scroll. A new tab bar takes on the colour of the webpage and combines tabs, the toolbar, while the search field is now into a single compact design. There are new Tab Groups that offer a new way to easily save and manage tabs. They can be saved and viewed at any time with ease. Just like all the other features, Tab Groups also sync across Mac, iPhone, and iPad, so users can continue their project from anywhere and easily share tabs with friends and family.

There is even support for Shortcuts on Mac now. This would help users to automate all the everyday tasks and achieve peak productivity. Shortcuts on Mac lets users quickly accomplish tasks with the apps they use the most. There is even a rich gallery of pre-built actions designed just for Mac, users can instantly share files, make animated GIFs, and more. There is even the Shortcuts Editor on Mac to customise shortcuts to match their workflows. There is even hands-free with Siri with a shortcut that makes it easy to run shortcuts no matter which app the user is in.

Just like on the iPhone and iPad, Focus mode has been added to Mac, by which users can stay in the moment by automatically filtering out notifications unrelated to their current activity. Users can signal their status to let others know when they are focusing and not available. When a user has Focus set on one device, it automatically sets across their other devices and can be customised based on their current activity.

Universal Control has also been added, which lets users work with a single mouse and keyboard and move between Mac and iPad for a seamless experience, with no setup required. Users can even drag and drop content back and forth between devices. This means users can use the iPad for sketching a drawing with Apple Pencil and then just place it into a Keynote slide on the Mac.

watchOS 15 is now available which is an update to the previous watchOS 14. Users can use Apple Pay and Wallet to make secure payments in stores or ride transit. watchOS 8 brings a powerful contact-free way for users to access the places and things they care about seamlessly, safely, and securely.

watchOS 8 has introduces two new popular workout types that are beneficial for both physical fitness and mindful movement: Tai Chi and Pilates. These new workout types are supported by powerful, validated custom-built heart rate and motion algorithms to provide users with accurate metrics.

The Photos face is the most popular Apple Watch app, with the new watchOS 8 it introduces new ways to view and engage with users’ favourite photos right from their wrist. The new Portraits watch face brings to life portrait photos shot on iPhone with an immersive, multilayered effect, intelligently recognising faces in photos and cropping in to highlight the subject. The Photos app has also redesigned and now it is offering new ways to view and navigate collections, Memories and Featured Photos now sync to Apple Watch, and photos can be shared through Messages and Mail with the new Share Sheet.

There are new tools added to watchOS 8 to make the messaging better. Users can combine the use of Scribble, dictation, and emoji all within the same message, and for dictated messages, they have the option to edit the presented text. GIF supported has been added too and watchOS 8 also brings a new Contacts app to Apple Watch, providing a simple way for users to browse, add, and edit contacts, and share contacts directly from the app.

Well with that said, do let us know your opinions on this post Here’s everything you need to know about WWDC 2021 by dropping a comment down below.