iQoo Z3 5G – The Unbiased Review: The best you can get under 20K 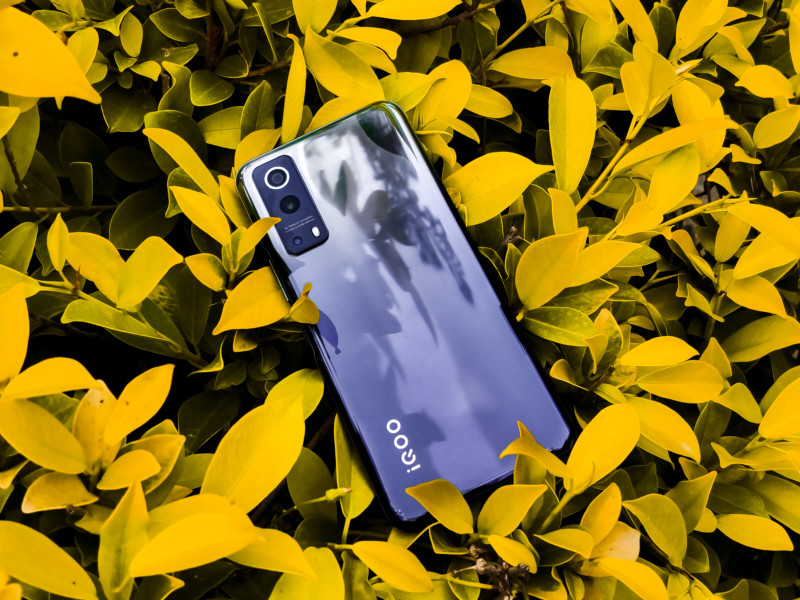 On 26th April 2021, Vivo’s standalone brand iQoo introduced iQoo 7 and iQoo 7 legend which packs in Qualcomm Snapdragon 870 and 888 at an affordable price covering the sub 30-40K segment. Now, iQoo is entering into the mid-range segment with its first smartphone i.e, iQoo Z3. The iQoo Z3 makes its debut with the all-new Snapdragon 768G 5G chipset which is a refreshed version of the Snapdragon 765G. This smartphone has changed the value proposition; keeping performance upgrades aside, it also packs in a leading 55 Watt fast charger in the box with a 120Hz display and 180hz sampling rate. It directly competes with some of the popular devices i.e, Redmi Note 10 Pro Max, Poco X3 Pro and Xiaomi Mi 10i.

So, we have been using the iQoo Z3 5G as our primary device for a period of 10 days and here’s our review.

Before heading towards review, here are the quick specifications of iQoo Z3:-

The iQoo Z3 body is made of a plastic material that looks like glass but it’s plastic. Even though the body and rim of the device are made of plastic but they are of high quality. The device feels smooth but not slippery and does not feel too hefty at around 185 grams. The curved panel aids in gripping the device but coming up with a reflective rear lead to catching smudges easily on its back.

On the right; you’ll find a power button that doubles up as a fingerprint sensor, and volume rockers that deliver tactile feedback. The fingerprint sensor is pretty responsive and is more reliable than in-display fingerprint scanners whereas the left is bare. Along the bottom edge is a USB Type-C Port, a 3.5mm audio jack, a bottom-firing speaker and a noise cancellation mic. However, most of the competitors offer dual stereo speakers at this price point. The speaker output isn’t the loudest but they’ll suffice in a pinch.

The iQoo Z3 is available in 2 colour options:- Cyber Blue and Ace Black. We’re rocking the Ace Black for our review period. Now, it boils down to personal preference. If you like the flashy colour design, Cyber Blue is the colour to go for and If you like a subtle reflective look then Ace Black is the colour you opt for. Both the colourways are easily prone to smudges and scratches.

Moving on to the display, it boasts 6.58 inches 120hz FHD+ LCD Display which holds a resolution of up to 2480*1080 pixels. This display offers good sunlight visibility and the contrast and sharpness level is on point. As you’ve expected, the black levels certainly aren’t good as it’s on an AMOLED display like Redmi Note 10 Pro Max, but unless you don’t consume a lot of binge content, this really shouldn’t bother your experience.

Despite the moniker, the iQoo Z3 has some decent cameras being a mid-range device. It has a 64MP Samsung GW3 Primary Shooter with an 8MP Ultrawide lens for shooting an immersive 120° field of view and a 2MP Macro Camera for capturing macros up to 4cm close to the subject.

In daylight, it captures sharp and high contrast images. The calibration of its camera is inclined towards saturation. The photos look appealing but it fails to manage the dynamic range and usually blows it out. In usually low-light and indoor situations, the camera doesn’t brighten up the shadows properly. Using Night mode solves this, but it increases the exposure level which turns out into blown details and a good amount of noise over the place of shadows.

In portrait mode, the edge detection works quite well but as soon as you switch to a low light situation, the edge detection juggles and gets a score of 8/10 which is not bad either. It also adds bokeh to the image which makes it look more appealing. You can even customise the bokeh with different shapes like heart, triangle, stars, pentagon etc which is a nifty add-on and we liked the most.

The Ultrawide camera has the same colour scheme as the Primary camera which isn’t common in mid-range devices. The Ultra-Wide angle lens manages to pull off some amazing photos even in low light but has that tendency to lack details around the edges of the picture. The Macro camera can go close up to 4cm but it struggles while locking the focus on the object which makes it difficult to click pictures with it.

Over on the front-facing cameras, the 16MP sensor is capable enough to emit natural colours, sharpness and adds skin smoothening to the face. There are some consistency issues with Portrait mode in the front camera. Whenever you click a picture in portrait mode, it doesn’t apply bokeh or background blur to the picture which is a weird bug.

The iQoo Z3 is the first smartphone in India to house the latest Qualcomm chipset i.e, Snapdragon 768. This is a refreshed version of Snapdragon 765G which has 17% higher CPU clock speed, performs 20% better and has better Antutu and Geekbench scores which gives it a slight edge over Snapdragon 765G. This chipset offers a clock speed up to 2.8 GHz with the futureproofing of 5G connectivity which is coupled with three storage configurations:- 6GB+128GB, 8GB+128GB and 8GB+256GB. The graphical duties are managed by Adreno 620 GPU.

We played many games on it like Asphalt 9, PUBG Mobile, Alto Adventure and Call of Duty Mobile and more. The FPS was stable on High Settings on Call of Duty and PUBG Mobile which pulls 48-59 FPS offering smooth gameplay. Other games like Asphalt 9 and others run flawlessly on this device. The device comes with the license of Widevine L1 which makes sure you enjoy your binge session in higher quality. In the CPU throttling test, the CPU throttled to 87% of its max performance. As far as benchmarks scores are concerned, iQoo Z3 scored 375990 in the Antutu Benchmark. In Geekbench, it scored 722 in Single-core score and 2024 in Multi-core score.

It ships with Funtouch OS 11 which is based on Android 11. This UI has a lot of customisations that can be used to tweak the experience. As the interface is well optimised with the hardware and it remained buttery smooth throughout my time with it. The Funtouch OS isn’t the best but they are significantly improving with every update. Meanwhile, this doesn’t eschew or smash inappropriate ads on you, it has some bloatware present through which some can be removed and some can’t. Bloatware like Facebook, Snapchat and Moj can be ignored but Apps like Hot Games and Apps can’t be ignored.

iQoo is the best in pioneering fast charging technology into smartphones. Being a mid-ranger, iQoo Z3 supports 55W Fast charging which stands it apart from the crowd at this pricing. To keep the price low, they didn’t remove the 55W Fast Charger Brick from the box. During our review period, we charged iQoo Z3 5G from 0-100% in nearly about 52 minutes to juice up its 4,400 mAh battery. During our intense gaming, the battery stood up for 4-4.5 hours when 120 Hz is enabled. On normal day-to-day usage, it lasts around 7-8 hours battery backup on tasks like watching Netflix, social media consumption and browsing the Internet.

The iQoo Z3 will be available in three storage configurations: 6GB+128GB for Rs.19,990, 8GB+128GB for Rs.20,990 and Rs.22,990 for 8GB+256GB.The iQoo Z3 is the brand’s hot ticket to enter into the mid-range category which hits the right spot at very competitive pricing. With the perks of having Qualcomm Snapdragon 768G, this device easily competes with the devices which start at Rs.25,000 with Snapdragon 765G.

If you are looking for a smartphone that can handle your intensive gameplay of PlayerUnknown Battleground or Call of Duty, a good pair of cameras, 55 Watt charging speed, with the futureproofing of 5G networking on a budget. The only places where iQoo Z3 5G lacks is not having an AMOLED display and dual speakers which might be a deal-breaker for some people. There is a Poco X3 Pro that onboards Snapdragon 860 but doesn’t come up with the perks of fast charging and 5G capabilities. There are other competitors as well like Xiaomi Note 10 Pro Max and Mi 10i which has an AMOLED display and a 108 MP. If your priorities are an AMOLED display and dual firing speakers, then look elsewhere.

Disclaimer: We tested the iQoo Z3 as our primary device on the JIO 4G VoLTE networks for a period of 10 days. It was tested thoroughly by our team member – Anmol Bhatia. All our reviews are unbiased and are published without the brand getting to read them before you guys. We don’t change our reviews on pressure from brands and that’s the reason we are not sent review units from companies like Samsung, OnePlus, Xiaomi, and a few more.