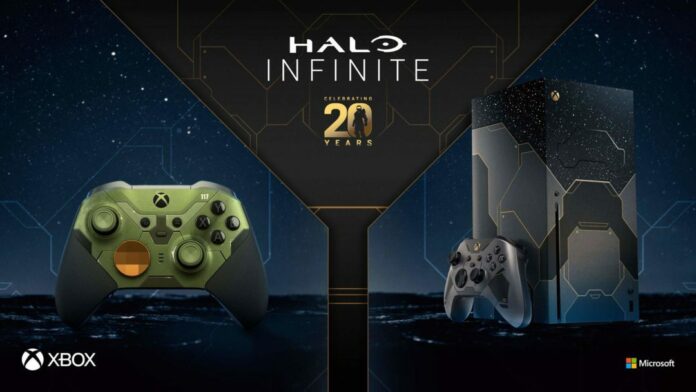 Halo Infinite launch date revealed along with a Special Edition Series X. One of the most hyped games of this year has to be Halo Infinite, while we did see a Free to play Halo Multiplayer for everyone, it still was very limited until the launch. However, at Gamescom 2021 Xbox has finally announced the final release date for the game and they have even announced a special edition Xbox Series X too.

The Special Editon console is going to be an Xbox Series X based on Halo Infinite. Taking a look at the console we can see that the brand has put a lot of efforts while designing the console. It is the same Series X however; it looks very different. While a lot of people may not be aware of this but this console is also launching in India. This makes it the second special edition console which is officially coming to India after the Halo 3 Special Editon Xbox 360. It is said to be coming with the Xbox Series X Halo Infinite Limited Edition console itself along with a copy of Halo Infinite, also a Halo Infinite Limited Edition Controller too. It has been priced at Rs. 54,999 making it only Rs. 5,000 expensive than a regular Series X.

As for Halo Infinite, Microsoft has confirmed that it would be releasing on 8th December 2021. As this is a first party game from Microsoft, it is also going to be on Xbox GamePass and pre installs for this game would also be coming very shortly.

We are not really sure about the size of the game currently, but if there is some more information about it, we would update the post. 343, the developers of the game have also confirmed that this would be the last time players would play as Master Chief in a Halo game.

Well with that said, do let us know your opinions on this post Halo Infinite launch date revealed along with a Special Edition Series X by dropping a comment down below.