macOS Monterey is now available to download. After using the Preview version since WWDC in June, here’s what we think 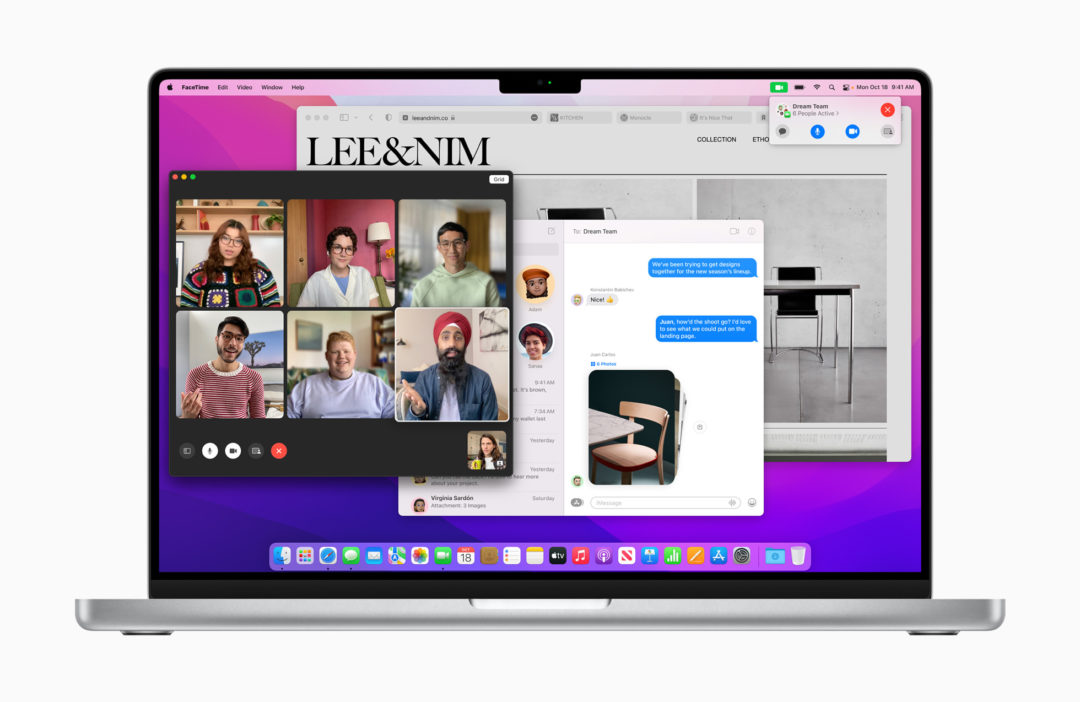 It’s the 25th of October and macOS Monterey is finally available to all. This macOS (12) is the 18th version of the operating system is named after Monterey Bay. Like the previous few version of the macOS, this one too follows Apple’s tradition of naming macOS releases after locations in California that started with OS X Mavericks (10.9).

So let’s talk about the biggest changes that the macOS gets this year. Honestly, Apple brings about a lot of subtle changes with all its updates so talking about each of them isn’t possible. But since, we have been testing the macOS Monterey since the first Preview release in June so there is a lot to talk about. First, let’s look at all the versions that we have tested over the months since June.

A lot of people are apprehensive about trying out Beta software but we as journalists have to try out all that comes out as developer or public beta releases. In fact, in the month of July we were testing – iOS 15, iPad OS 15, macOS Monterey, Watch OS7, Android 12 and Windows 11 all in Beta version. This qualifies for ‘living on the edge’, right?

Well not really as Apple developer releases are surprisingly stable and give you an opportunity to test new upcoming software. And while testing, users can report issues to Apple through the Feedback Assistant tool.

While Shortcuts and TestFlight have been there for the iPhone for a while now, they finally make way to the macOS. With the help of Shortcuts, allows users to create macros (automation) for executing specific tasks on their device. For example, at the start of the Covid-19 pandemic, I created a ‘shortcut‘ on my iPhone to remind me to wear a mask when I’m about to step out from my place and remind me to wash my hands when I enter my place.

Similarly, TestFlight that allowed iOS users to test apps (OTA) before release on the App Store is now available for macOS. This means testers/reviewers like me can test 3rd party apps on macOS before they are officially released.

Universal Control, which allows a single keyboard and mouse to interact across multiple Macs and iPads at once. It is an addition to the ‘Continuity’ feature that we love on the Apple Ecosystem. Users can place devices next to each other and instantly move the cursor from one device to the other — no setup required. They can use their Mac keyboard to type text on any device, or drag and drop content back and forth easily between devices. Users can even draw with Apple Pencil on iPad, and place their illustrations right into apps on their Mac, enjoying the powerful capabilities of all their devices at once.

Safari offers users more control over how they browse the web, including a new Tab Groups feature that allows users to easily save and organize tabs — great for planning trips, researching projects, and storing the tabs users visit regularly. Tab Groups sync across Mac, iPhone, and iPad, so users can continue their project from anywhere, and easily share tabs with friends and family.

Safari comes with new ways to experience the web, including a new optional compact tab bar design that gives users more space to browse, integration with Shared with You so users can easily access links sent from Messages, and support for Quick Note makes it easy to keep track of information discovered on websites. Safari also offers users more privacy protections, with Intelligent Tracking Prevention now preventing trackers from profiling users with their IP addresses.

With AirPlay to Mac, it’s easy to play, present, and share just about anything from iPhone or iPad right to a Mac. Use AirPlay to share the latest movies and games, photos, and presentations directly to Mac’s stunning Retina display or to play music from across the room to the high-fidelity sound system in your Mac. In simpler words, with AirPlay you can use your Mac as a secondary display and wirelessly cast from your iPhone or iPad. Isn’t that brilliant?

Live Text detects text in photos, including phone numbers, websites, addresses, and more, so users can copy and paste, make a phone call, open a website, and easily look up more information. Visual Look Up helps users discover and learn about animals, art, landmarks, plants, and more in photos. Both Live Text and Visual Look Up work across macOS and leverage powerful on-device machine learning, so user data is kept private.
Live Text to copy, paste, translate and lookup text in Photos, Screenshot, Quick Look, and Safari (work across all Macs that support macOS Monterey since beta 4)

FaceTime gets more interactive and platform agnostic (in a way)

FaceTime calls sound more natural and lifelike, and SharePlay offers a new way for users to connect and enjoy time with friends and family. With spatial audio, voices in a FaceTime call sound like they are coming from where the person is positioned on the screen. Two new microphone modes give users more control over how their voice sounds: Voice Isolation eliminates background noise to ensure the user’s voice is crystal clear, and Wide Spectrum allows all the noise to come in so participants can hear everything. Portrait mode, a new feature in FaceTime and available in apps including Webex and Zoom, utilizes the Neural Engine in the M1 chip to keep the user in focus while blurring the background, and a new grid view shows participants of a Group FaceTime call in same-size tiles.
SharePlay is a powerful set of features that will enable users to have shared experiences on a FaceTime call. Users can experience their favourite music, TV shows, movies, and more with friends and family in real-time, and shared playback controls let anyone in a SharePlay session play, pause, or jump ahead. They can also share their whole screen or just a specific app, making it easy to collaborate with friends or coworkers on a call. SharePlay will work with apps like Apple Music and Apple TV+, as well as popular third-party services.

Enhancements to FaceTime, including the ability to share screen, and the SharePlay feature which provides a way to experience content simultaneously and in sync (e.g. music or TV shows).

Focus to set different modes to filter notifications across iPhone, iPad and the Mac range. Focus filters notifications from apps and people based on what the user wants to focus on at that moment. When a user has Focus set on their Mac, it automatically sets across their other Apple devices. While using Focus, status is automatically displayed in Messages and supported communication apps, like Slack, so others know not to interrupt when users are wrapping up a project or on vacation.

With Notes in Monterey, users have new ways to collaborate, stay organized, and create notes from anywhere. Quick Note gives users the ability to jot down notes while in any app, so it’s easy to capture thoughts and ideas at any moment. Users can also add links from apps to a Quick Note, great for when they need to remember a website in Safari or quickly find a location in Maps. New collaboration tools let users add mentions, as well as view updates to a shared note with the new Activity view. In Monterey, it’s easy to organize with Tags — a faster way to categorize notes and make them easy to find with the new Tag Browser.

Here are some other subtle changes in macOS Monterey

macOS Monterey is compatible with all Macs equipped with Apple silicon SoCs, as well as the following models equipped with Intel CPUs. Monterey drops support for various Macs released 2013-2015.

The macOS Monterey may not look like a major visual change from Big Sur but it offers some of the biggest changes to macOS in recent times. And a lot of these changes and features offer a collaborative workflow, safer apps and enhanced use of the Apple ecosystem. A much appreciated and timely update by Apple to combat these pandemic times.

But even after testing macOS Monterey (Preview) for months, we can’t state that we have tested each and everything thoroughly as Apple adds so many new features and tweaks that you keep exploring new things each day. So stay tuned and follow us on our social media platforms to stay updated.