The Unbiased Blog
Home Editorials & Featured Articles Here’s why Nothing Phone (1) will struggle to compete even with its... 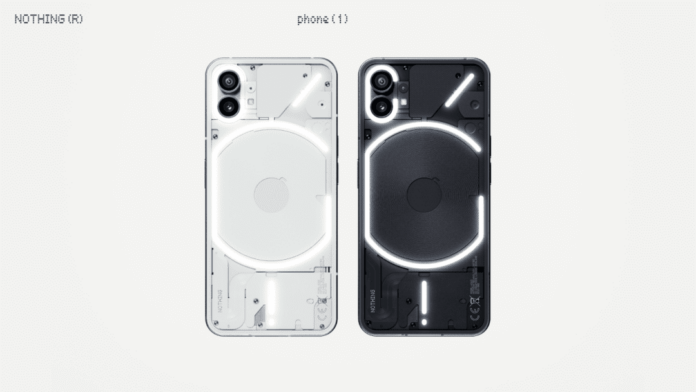 According to Ardit Ballhysa, a Technology Analyst at GlobalData – Nothing Phone (1) will struggle to compete in the smartphone market, even with its low price point.

Following Nothing’s announcement of its Nothing Phone (1), he pointed out that “The Nothing Phone (1) offers standard specs and features and differentiates itself via the ‘glyph’ interface on the back slab of the phone. This interface features a series of LED lights that can be programmed by the user to serve as a visual notification centre.

“The glyph, however, is more of a gimmick than a feature most consumers will want to use. The purpose of the glyph is to notify the user in a discreet fashion, but there is nothing discreet about a series of flashing LED lights.

“Nothing’s smartphone may pose a threat to other smaller OEMs with mid-range smartphones but will struggle to take market share from bigger players in the same category, such as Apple, Samsung, and Xiaomi. Furthermore, as Nothing only offers one other product, its Nothing Ear (1) wireless earbuds, consumers could be incentivized to purchase an Apple, Samsung, or Xiaomi mid-range smartphone that offers integration into their respective ecosystem of products and services, for roughly the same price. “Nothing could also face headwinds with carrier sales as carriers will continue to push bigger brands’ smartphones with device bundling to encourage customers to purchase multiple products and services.”.

And it’s not just about GlobalData sharing their insights. The Glyph interface may seem cool and interesting for a few days but once that wears out, there is nothing unique (pun intended) about the device. Also, there are many better-specced devices available in the market so Phone (1) by Nothing is neither as powerful nor value for money as the competition.  1

Carl Pei’s vision of not creating a flagship device, and pushing something as gimmicky as the Glyph interface as a USP can go really wrong. I had hoped that the UI will be the stand-out factor but that too has nothing exceptional.  And what has he thought about the sustainability and expansion of the brand? All these questions will be answered in the next few days.

So do let us know in the comments section below if you think Nothing Phone (1) will be able to compete with the juggernauts of the tech industry.