The new update to Apple’s OS X brings Facebook integration as well as a number of tweaks to Game Center, Messages and FaceTime.

Apple’s iOS isn’t the only thing to get an update this morning. Alongside iOS 6, Apple quietly pushed out 10.8.2, the second minor update to Mountain Lion since it was released in July. 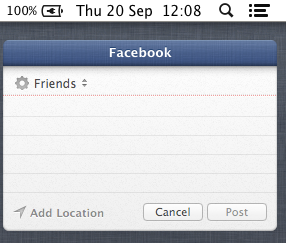 Chief among the additions is integration with Facebook, a feature that was promised for a fall release when Mountain Lion first debuted earlier this year. Facebook users can share items directly from share sheets now, as well as in Notification Center, and sync up contacts from the popular social network.
Not only it helps keeping us off from opening facebook.com but also makes Notification Center the one stop shop for all the notifications.
In Safari, the ‘Share’ button now lets a user do the following tasks: 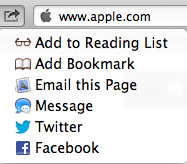 Apart from the usual iCould, MSE and Gmail account sync. Now you can add plethora of services: 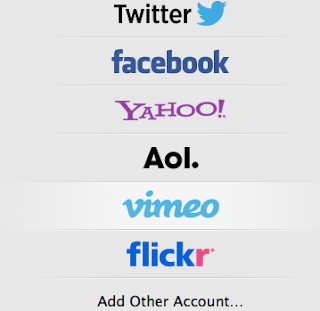 The update also adds the Power Nap feature to late-2010 MacBook Air machines, and phone number integration for both FaceTime and the Messages app.
We just hope that their is an improvement to battery life times on our Air and Pro as since we updated to Mountain 10.8, that battery life took a major hit.
Here’s the whole change list (Click to enlarge): 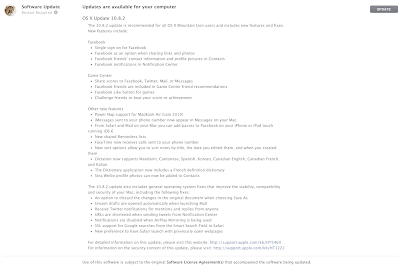