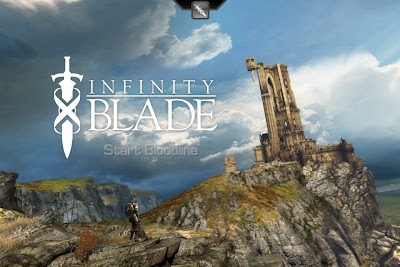 “Infinity Blade” launched in 2010 as an action-adventure game, but the app has since been followed by a more fleshed-out sequel. Yet the first version is still among the top apps in the Apple App Store. Here’s a look at what’s happening. 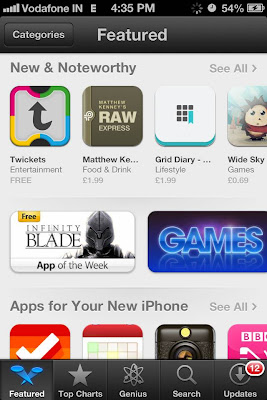 How it works: The game is split into two sections: exploration and combat. When exploring, you basically stand in a room and swipe the screen to move the camera around. You’ll find chests, enemies and various pathways you can go through by tapping them.
When fighting, you’ll swipe the screen to attack, and tap a spot to raise your shield and defend yourself. If you time your swipe right in the correct direction, you’ll parry your opponent’s attack and open them up to a brutal assault.
Who built it: The game comes from Epic Games, the company behind the “Unreal” games and the “Gears of War” series.
Why it’s popular: “Infinity Blade” is visually impressive, especially for a years-old app. Its graphics are about as good as it gets when it comes to the iPhone and iPad, and the game features a progression system that keeps you focused on making your character more powerful. It’s also endlessly re-playable. 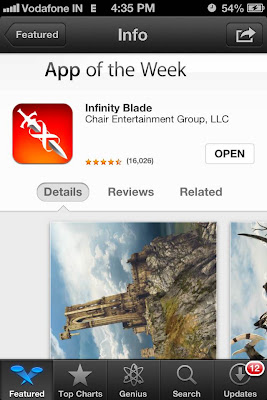 But enough of the geekery — why is it on top of the App Store? After more or less falling off the grid, Apple decided to feature the app as an “App of the Week,” meaning it featured the app prominently in the App Store and made it free for one week. As a result, “Infinity Blade” skyrocketed in the free-download rankings — and is now among the top-grossing apps. “Infinity Blade” is no “Minecraft,” but it’s a significant pop from where it was just days earlier.
Here’s how you can download the Infinity Blade app free for your iPad, iPhone, iPad mini or iPod Touch.
1. Go to the Infinity Blade app preview page in iTunes (or tap the link on your iOS device to install the app directly).
2. Click the View in iTunes button.
3. Click the Free button to download the app.
4. Sync your iPad, iPhone, iPod Touch or iPad mini with iTunes to install the app.
5. Alternatively you can download it directly on your device from the App Store
www.theunbiasedblog.com