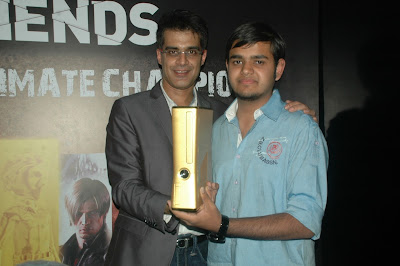 Five Champions from across India. Five action packed games. Eight hours of continuous gaming. The atmosphere electric, the brawls rough. And finally, one prevailed to be crowned the king of Xfriends– The Ultimate Gaming Challenge. 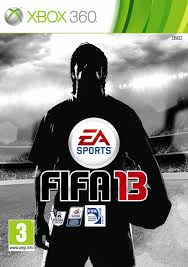 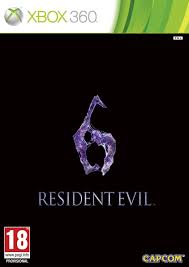 After months of relentless gaming across seven separate blockbuster titles on Xbox Live such as FIFA 13, Resident Evil 6, Halo 4, Call of Duty: Black Ops 2 and more, five national champions emerged. Today these champions took on each other in rounds of brutal battles to find the best amongst them. Xbox lovers and gamers across India took part in the Ultimate Xfriends gaming championship- the ultimate gaming competition on Xbox LIVE that pits gamers against each other. ‘Ultimate Xfriends’ , launched in September 2012- sought the best gamers across Hong Kong, Taiwan, Korea, Singapore and India – the guys who’ll do whatever it takes to win. And they did do whatever it takes.

And today, at the thrilling grand finale of Xfriends, held at the FoG (Federation of Gamers) lounge in Delhi, the search for India’s best gamer finally ended. Amitesh Deshpande –who went head to head with five other really tough national competitors – takes home a mega prize of an exclusive 24 K gold plated Xbox 360 console and the title of Ultimate Gaming Champion in India. 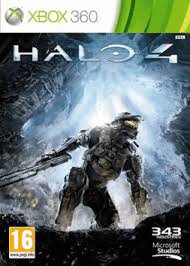 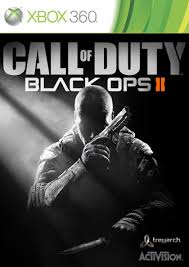 Battle weary but ecstatic about his/her win, Amitesh Deshpande said, “It’s awesome to be a winner and that too for a competition like this which got me playing against India’s best gamers on Xbox Live. It has been a tough fight, which made it all the more exciting to win against such good competitors. As Xbox Live lets me take my Xbox 360 online anytime, it’s the place for players (like me) to hang out and hone our/their gaming skills.  I really hope Microsoft and Xbox bring us these events regularly. ”

The fighting was bloody, quick/fast and dirty as the six champions from India slugged it across the 5 final games at the finale today. All five competitors were given a heart stopping 15 minutes to win a single mission in Resident Evil 6 and Medal of Honor War Fighters. The fastest shooters from these games were Parth and Amitesh. Then at breakneck speed, all five players played off each other in swift multiplayer action with Halo 4 and Call of Duty: Black Ops 2 across five Xbox consoles, where Parth survived the maximum number of rounds as top Slayer for Halo 4 and Amitesh ended up with the maximum number of kills and lowest deaths for Call of Duty: Black Ops 2. For FIFA13, Amitesh was the one to Bend it like Beckham and kick away all the competition and for Tekken TAG Tournament 2, it was Parth who got down and won the rough one to one fighting.

While all five competitors fought to the very last fight, there can be only one Ultimate Xfriends winner. Congratulating Amitesh on his victory, Anshu Mor, Business Group Lead – Interactive Entertainment Business, Microsoft Corporation India Pvt. Ltd. said,  ” These are some of the most exciting gamers one can find anywhere in Asia, in fact across the world. The level of competition seen here today is very, very impressive; the place is absolutely buzzing with their energy.  To see them compete so fiercely, all for the love of gaming on Xbox, is very thrilling, exciting and inspiring for us. Moreover, the competitors have come from cities as far away as Trivandrum, Chhattisgarh, Raipur, etc. making it all the more special for us.”