The Unbiased Blog
Home News Tech Get ready for Samsung Galaxy Tab 3 – Live Webcast
The next generation of Samsung’s venerable Galaxy Tab line will be launched today and you can watch the live webcast right here on the unbiased blog.

We are expecting the launch would feature the Galaxy Tab 7.0, Galaxy Tab 8.0. You can notice in the pictures below that both the tabs look similar sans the super thin bezel on the Tab 8.0. Both the tablets share the same overall design language as the Galaxy Note 8.0. There are no front-facing speakers like the last generation, even on the 10.1-inch model. And though they all run Android Jelly Bean, each has a physical home buttons flanked by capacitive Back and Menu buttons. That’s the same setup you’ll find on the current Galaxy S phones, so it looks like Samsung is going for a universal design concept. 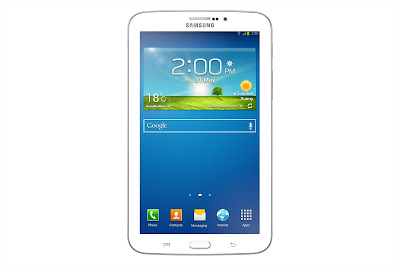 The smallerTab 3, the 7-inch one, actually looks a little too small in comparison with the 8-inch version. 7 inches is the established “small” size for Android tablets, so it shouldn’t seem odd for it to be in this group. However, the 8-inch one is just bigger enough to offer more screen real estate without feeling too big in the hand. 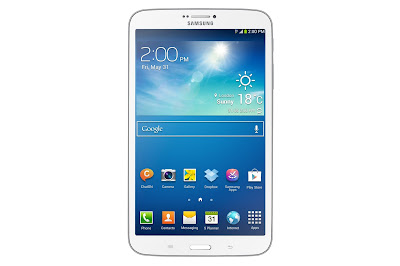 There are other reasons to pick the 8-incher over the 7.0. The larger Tab 3 gets Android 4.2 instead of 4.1, 1280 x 800 resolution, twice as much (16GB) internal storage, and 1.5GB of RAM. The Tab 3 8.0 will also ship with some of the software found on the Galaxy S4, like on-board translation and multi-window support. What we like best about the Tab 3 8.0 is how holdable it is. It’s narrower than the Galaxy Note 8.0 because it doesn’t need extra room for the S-Pen. But in every other way, including lightness, comfortable curves, and screen brightness, it feels the same.

Both the Tab 3s have dual-core processors inside, so they’ll work just fine with the majority of Android apps. The Tab 3 8.0 has more RAM, 1.5GB and probably the best screen size to resolution ratio.

You can be a part of the the live webcast by using the event #hashtag: #Tab3Launch

Related Posts:
5 best launchers for your Android Device
Samsung Galaxy expands further -> Tab 3 announced
Which Smart Watch would you like to own?
How to install Facebook Home on any Android Device.
www.theunbiasedblog.com