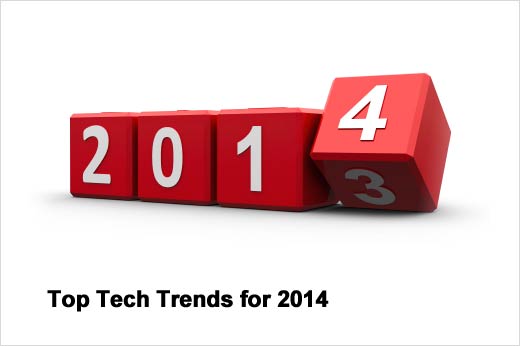 Accentuating this growth of the smartphone sector is the highly dynamic yet untapped smartphone communication market which is inherently the catalyst of this surge. With the major chunk of today’s customer base being the young consumer, the reach and impact of communication is humongous on this smartphone growth. Riding on communication oriented apps, the Indian smartphone market is now reaching out to the interiors of the country and tapping consumers like never before.

Creating a successful path for the development of a new app ecosystem in India, the aggressive smartphone growth has ensured the development of an enriched user experience, which based on communicative vistas, will augur the future growth of the sector.

–          The onset of low-cost smartphone devices laden with dual core processors and multi GB RAM by varied smartphone vendors will lead to greater data consumption and a growth in communication over smart devices.

–          Innovation and localization will become very big in the app ecosystem which will push the growth of smart devices in India. The industry understands that text input technology and the regional language content will be the next big thing for the app industry, and thus going forward, localization of applications and device UI will drive the user experience for the Indian smartphone OEMs. This foray into regional content development will allow app developers in penetrating markets beyond the metros and will help tapping the Class A and B cities/towns.

–          The Indian Smartphones Market experienced a great revolution in 2013 in terms of growth of screen resolution. Trends point that the future of smartphone screens will be more exciting in 2014 with bigger screens and deeper resolutions becoming the focus area. In 2014, smartphones will move towards 5 to 6 inch screen size resolutions upwards of 400 ppi, wherein tablets will eventually move towards 7 to 8 inch size, thus enhancing smartphone communication. The thin margin differentiating a smartphone and tablet will disappear and phablets will replace tablets by the end of 2014.

–          Low end smartphone vendors will offer 2K or 1080p displays in their affordable devices and thus hot up the price war. This innovation will act as one of the key differentiating factors for smartphone players as consumers will become smarter and will lean towards better display options to support the communicative apps and content which will be largely available on their devices.

–          In 2014, mobile devices will become the primary computing devices for many end users. This new trend will ensure the rapid growth of Phablets in the Indian mobile market. In 2014, smartphone users will seek full-functionality and access to major applications and data from their mobile devices and tablets. This empowerment of user to access the complete communication suite will truly leverage the power of this new computing device – the phablet, in 2014.

–          Enhanced imaging capabilities of mobile devices will be a very important factor in 2014. The camera resolution, OIS and low-light imaging wars will surge in 2014 and the competition to differentiate amongst them will continue with imaging being the key differentiator amongst them. The actual differentiation will come in the form of software behind the optics, which will be the defining factor for 2014.

–          Another emergent trend for 2014 will be the Indian smartphone players basking on their success in the Indian market will look at expanding their consumer base into other emerging markets like Africa, Middle East, SE Asia and CIS countries. These players will emphasize more on UX and app ecosystem coupled with price dynamics rather than just concentrating on features to gain access to emerging markets, which will set the tone of competition in 2014.

–          Although the trend of global players’ experimentation with wearable devices and accessories will increase, but consumer acceptance will take some more time and they would still remain apprehensive about embracing the new form factors and usability aspects around wearable gadgets.

–          Enterprise mobility will see lot of action in the near term especially in 2014. In the coming year, many of enterprises will invest in the mobile strategies and look at revamping their mobile device management capabilities and security.

–          Lastly, smartphone vendors which try new things, push boundaries, and break moulds will be the ones that succeed in the long run in the Indian and global market.

This says a lot about the forward thinking CEO of KeyPoint Technologies, Sumit Goswami. What do you reckon?