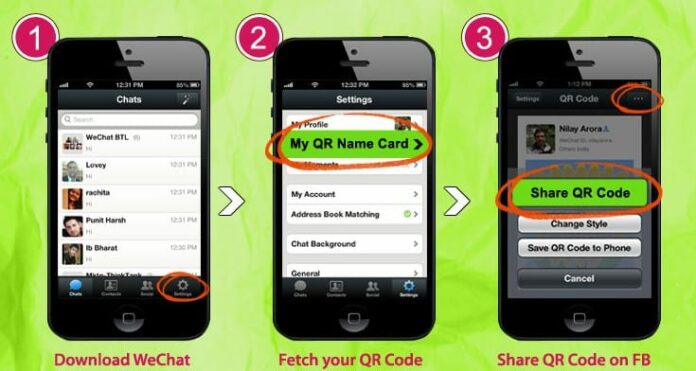 There are a lot of messengers or communication apps as we may call it. But when it comes to being Numero Uno, WeChat has reached the heights. It launched in India in May last year, and has already ranked as the 2nd most downloaded app according to the ‘Best of 2013’ list on Apple’s AppStore. As per the “Best of 2013’ list, WeChat is the top non-gaming app in India, and the only app ahead was the mobile game Temple Run.

WeChat currently has over 100 million registered users in international markets and continues to grow at a rapid pace.

WeChat, which launched with its unique  voice messaging feature, has also brought other innovations like free voice and video calling, location based friends discovery, animated stickers for festive occasions like Diwali, Halloween & Christmas, special commemorative Master Blaster stickers for cricket fans, and integrations with popular Bollywood movies  and celebrities. WeChat also has an innovative offering for Brands using which they can connect with their fans and customers through pictures, voice, video, stickers and offer custom responses and location based services. Brands like Café Coffee Day, Big Bazaar, Colors, PVR Cinemas, Hungama etc. are already using WeChat’s Official Accounts in India and are seeing good engagement with their followers. Commenting on this, Mr. Rahul Razdan, President 10c India said, “In less than seven months of its launch in India, WeChat has gone on to become the overall 2nd most downloaded app in India. This goes on to show the growing popularity of WeChat amongst Indian youth and reflects the value it has added to the social lives of Indians. This fortuitous news comes in at a time when we’ve just launched Xmas Voice Cards, and Holiday Stickers on WeChat for our users to also join us in celebrating this achievement.”