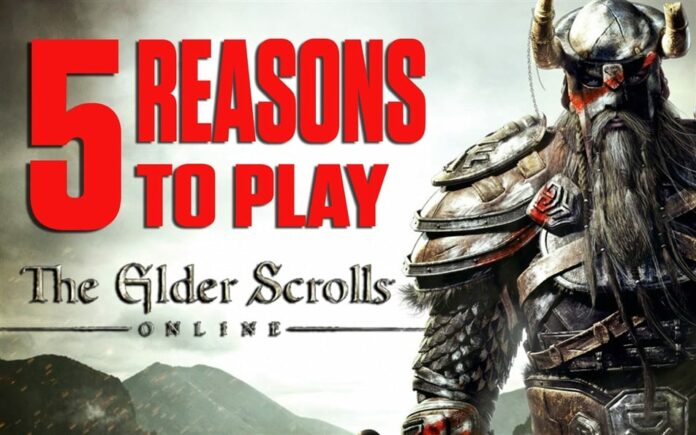 The best-selling, award-winning fantasy role-playing game for 20 years is back. This time the Elder Scrolls series goes online. The first open-ended multiplayer instalment from The Elder Scrolls video game franchise is here. Return to Tamriel in The Elder Scrolls Online, and bring the legendary experience online for the first time. Explore the vast world with friends or embark upon an epic adventure alone — the choices you will make will shape your destiny.

THE ELDER SCROLLS ONLINE — Adventure in Tamriel with your friends and guild mates for the first time ever.

PLAY THE WAY YOU LIKE — Develop your own style with deep character customization and abilities.

MASSIVE PVP BATTLES — Fight for your alliance against enemy armies of hundreds across the battlefields of Cyrodiil.

SAVE TAMRIEL — Unravel the schemes of Molag Bal and protect the world from the dark forces of Oblivion.

Elder Scrolls Online for PC will be available on 4th April, 2014 and priced at Rs. 3499 and the PlayStation 4 version will hit the Indian Market in June 2014 at Rs. 4799 through e-xpress Interactive Software Pvt. Ltd.