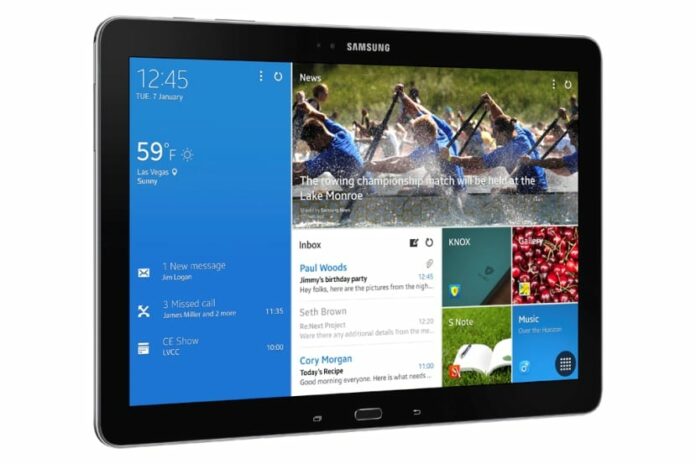 “We created the Galaxy NotePRO and Tab 3 Neo series to kick off a year in which Samsung truly establishes its leadership in the tablet market,” said Mr. Vineet Taneja, Country Head – Mobile & IT at Samsung Electronics, India. “The new line offers the best-in-class content consumption and productivity, combining a stunning viewing experience with Samsung’s design legacy. The Samsung Galaxy NotePRO and Tab3 Neo truly demonstrate our commitment to providing our customers with extraordinary versatile product offerings aimed at growing the tablet market.”

The Samsung Galaxy NotePRO present the world’s first 12.2-inch WQXGA Widescreen (16:10) display, offering crystal clear resolution (2560×1600) with more than 4 million pixels, making it an ideal platform for every type of content creation and consumption. With a larger viewing area, the defined screen allows users to enjoy stunning Full HD video play and view even more information at a glance. In addition to the industry-leading display, the devices have been designed with a sleek, light, slim frame that is both premium and highly portable.

A personalized Content Home feature, specifically optimized for content consumption on a large screen, allows users to further tailor their Galaxy tablet experience for their own needs as an alternative to the familiar Android default home. The Content Home UX enables them to organize their favorite content in an easy-to-use dashboard with automatic feeds and news updates. By utilizing a screen size that is more comparable to traditional magazine-sized material, content is easier to read in its original format when reading digital magazines or e-books. 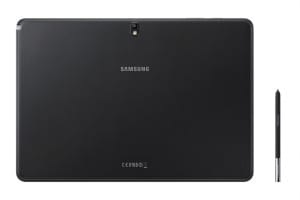 The Samsung Galaxy NotePRO come equipped with a variety of productivity tools to help users to manage both their personal and professional lives.

Multi Window enables users to split the screen up into four different windows and an innovative; Virtual Keyboard provides them with enough space to type comfortably, leveraging haptic feedback to produce a more realistic typing experience.

The Samsung S Pen included with the Galaxy NotePRO delivers a more responsive, productive and overall efficient tablet experience with access to features such as Action Memo, Scrapbook, Screen Write and S Finder. In addition, Pen Window enables users to simply draw a window of any size on the screen, and instantly access unique in-application features such as YouTube or a calculator.

The Galaxy NotePRO also come pre-loaded with Cisco WebEx Meetings platform, the industry’s leading web conferencing solution that provides users with an easy way to meet with anyone, anywhere. And now for the first time on Android tablets, users can share anything on their screen as well as starting a WebEx meeting from contact list. Samsung e-Meeting provides collaboration capabilities by giving users the ability to share content during a meeting without having to access a central server or network.

The Samsung Galaxy NotePRO is available with various connectivity options: Wi-Fi Only, Wi-Fi and 3G, or Wi-Fi and LTE.

The device is powered by a 1.2 GHz dual-core processor and packs 1GB of RAM. It comes with 8GB internal storage expandable via microSD card, and sports a 2MP rear camera. The new Galaxy Tab3 Neo runs on Android 4.2 Jelly Bean and supports Wi-Fi 802.11 b/g/n, Bluetooth 4.0 and GPS as connectivity options. There is a 3G variant available as well.

To provide a more engaging user experience, Samsung is providing ‘Club Samsung’ in Galaxy Tab3 Neo.  A single repository, Club Samsung allows a user to access language content across 5000 Movies, 4 Lakh Songs, 500 Gigs and even Live TV with 90+ channels. Unique to Club Samsung is content recommendations through “Discovery” – an intelligent algorithm which lets you select a playlist according to mood, era, language or genre and auto updates the playlist when fresh content is added to the store. Club Samsung supports content in Hindi, Punjabi, Bengali, Tamil, Telugu, Kannada, Malayalam, Marathi and Gujarati.