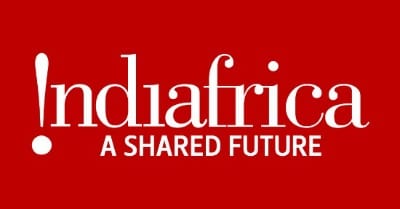 INDIAFRICA: A Shared Future is a unique people to people initiative that aims at engaging multiple stakeholders in India and Africa through contests, fellowships, discussions, events, collaborative projects and cultural exchanges.

INDIAFRICA is supported by the Public Diplomacy Division, Ministry of External Affairs, Government of India and is managed by theIdeaWorks. INDIAFRICA works very closely with various institutions in Africa and India to drive this initiative.

Africa is the world’s second-largest and second-most-populous continent comprising of 54 countries. With over 1 billion people, it accounts for about 15% of the world’s human population. It is roughly over ten times the size of India.

India is the seventh-largest country by area, the second-most populous country with over 1.2 billion people, and the most populous democracy in the world.

Building institutions
India and Africa are working together to build democratic developmental institutions. Every year, over 3000 people from Africa including parliamentarians, civil servants and technocrats visit India for various training and capacity building programmes.

Building networks
Countries from Africa have collaborated with India to build key developmental and governance institutions in areas such as agriculture, foreign trade, micro-finance, entrepreneurship development, infrastructure building and healthcare to name a few. The Pan Africa e-network is a great example of India’s intervention in Africa.

Building capacity
India is extending about 22,000 scholarships for the next 3 years to African students and professionals to help them become change agents to lead their respective societies to a better future. There are also training programmes and exchanges that have been put into place. One good example is the one cited by the NID director of empowering the local African crafts communities through design intervention.

Foundations for the Future
India is contributing over US$ 1 billion by 2014 to establish training facilities across the African continent. These include institutes for development of human resource, agriculture and science and technology. They will also impart value addition in areas like textiles, food processing and the like.

Funding the Future
India provides soft loans through line of credit for the development of its African partners. Currently US$ 5 billion is available between 2011-1014 for supporting infrastructural development, regional integration and other development objectives to African countries. Since 2003, nearly US$ 10 billion in credit has been made available to Africa.

Building Trust and Mutual Respect
In response to Africa’s integration processes, India has a 3-tier system of cooperation at the continental level with the African Union and the regional economic communities.

Building Relationships
Africa is home to a large Indian diaspora, who contribute to the continent’s society, culture and economy.

What’s in it for you?

The INDIAFRICA community is conducting contests for the year 2014. The contests (Business Venture, Poster Design and Photography Competitions) were announced at Davos on January 23 and entries are now open. The top 10 from both Africa and India in the Photography and Poster Design contests will win cash prizes of Rs. 25000 each and also see their work travel across the world as part of INDIAFRICA exhibitions. The Business Venture Competition offers cash prizes worth of Rs. 15,00,000 from the WOXSEN School of Business and Rs. 10,00,000 from the Ministry of External Affairs.

Participants can also win equity investments and mentorship from  INDIAFRICA’s three Enterprise Partners – Indian Angel Network, GSF India and Villgro. The top 8 teams (4 each from Africa and India) will vie for top honours at the Grand Jury in Ghana in June. The winning African and Indian teams will both win a trip to Davos during the WEF Annual Meeting 2015.

How can you help?

We at The Unbiased Blog are actively supporting the !ndiafrica mission. We urge all our readers to compete, collaborate and co-create the future of both the regions.