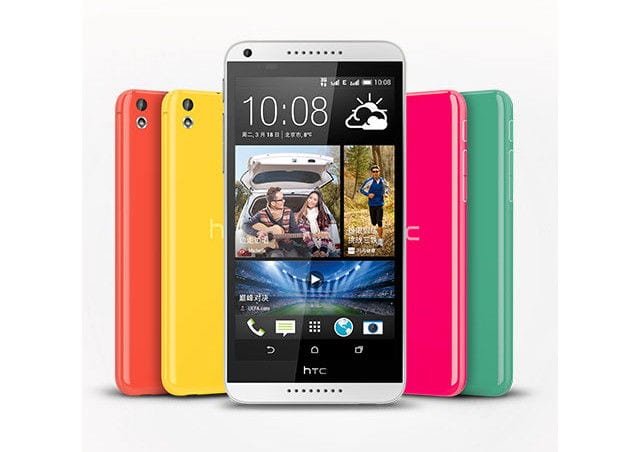 HTC knows it has a sure shot winner in the premium (high-end) segment with the HTC One (M8). Hence, its focusing on the low-end and mid-range smartphone market segment as the firm announced the launch of two such devices – Desire 210 and Desire 816 at the same event where M8 was launched in New Delhi today.

The Desire 816 announced at the MWC 2014 tech show includes a 5.5 inch HD Super LCD 2 display boasting a resolution of 1280×720 pixels. Under the hood, there is a quad-core Qualcomm Snapdragon 400 processor clocked at 1.6 GHz supplemented with 1.5 GB of RAM and 8 GB of onboard storage that can be expanded externally with the help of a micro SD card. While it supports up to 128 GB of expandable storage, it is not confirmed for the Indian variant yet.

The snapper is a 13 MP primary camera at the back clubbed with LED flash and 1080 FHD video recording along with a 5 MP front-facing camera for video calling with support to HD video recording. Connectivity is taken care of by aspects such as Bluetooth 4.0, 3G, Wi-Fi and GPS with a-GPS. A 2,600 mAh battery powers the phone delivering a decent backup to the handset.

HTC Desire 816 comes in a slew of vibrant color options such as Black, White, Green, Red and Purple and it is priced at Rs 23,990 in India.