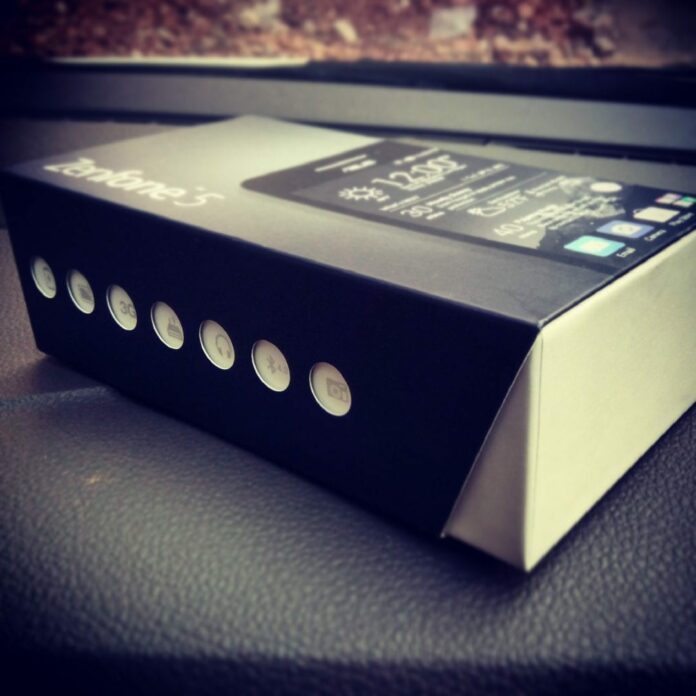 Asus more popularly known for its motherboards, notebooks and Android tablets has come up with an exceptional phone called the Zenfone 5. The Zenfone 5 is not the first phone by the Taiwanese-American company in India but you can say its the first mainstream smartphone by them. Before the newly found ‘Zen’ for smartphones we have seen the PadFone and its versions by Asus in India. The new Zenfone series – ZenFone 4, ZenFone 5 and ZenFone 6 – were all shown at the CES this year. The new series would be launched in India on July 9 but we got a chance to play with the Asus ZenFone 5 ahead of its launch in India and these are our first impressions:

The Zenfone 5 inherits the design from the Zenbook notebooks and a few old Transformer series of Android tablets. In a glimpse, the Zenfone 5 looks pretty average but if you notice closely or hold it in your hand, the added flair of brushed metal trim towards the bottom of the phone makes it stand apart. As the name suggests the Zenfone 5 is a 5 inch device but it’s not that heavy when compared to some of the competitors in its segment, with a weight of 145 grams and dimensions of 148.2×72.8×10.34mm. But you can’t call it slim either, it feels sturdy to hold the device and Asus has lived up to its values by using high quality plastic throughout. The back is a plush matte finish polycarbonate chassis, which is removable. Under the hood you would find a microSD card slot, dual-SIM slots and a non-removable 2,110mAh battery. ZenFone 5 is characterized by curves which make it easy to hold with one as well as two hands. The smartphone feels solid, but also weighs nearly 150 gram, which is quite heavy by modern standards. To match the brushed metal trim on the bottom, even the power button and volume rocker on the right edge have a touch of the metallic design. On the back you’ll see Asus and Intel branding, and the 8-megapixel camera lens with LED flash on the back is right in the centre and we always ended up placing our finger on the lens while talking. The Micro-USB charging port is on the bottom, while the 3.5mm audio port is on the top. There are no ports or buttons on the left side of the device, but a small cut to remove the back cover of the phone. There are flaws to the design, for instance the front area, which has the concentric circle like pattern, could get scratched very easily. The matte-back is a fingerprint magnet and gets dirty pretty quickly. The big bezels all around the screen make Zenfone 5 unnecessarily large. Even the Home, Back and Task switcher buttons are not on the screen, adding to its size. We also faced a bit of a problem using the device in the dark as the haptic keys are not backlit. But we have to say that along with the good built and premium finish, the buttons of Zenfone 5 have excellent tactile feedback and the screen sensitivity and sunlight legibility is also top notch thanks to TruVivid technology by Asus which reproduces a greater range of rich, natural colours. The 5″ screen has 294ppi pixel density hence making text sharp and clear. On the Zenfone 5 it’s possible to read text even when fully zoomed out.

Internally it runs Intel’s Atom chipset. The dual-core Z2560 clocked at 1.6GHz with hyper-threading technology, which allows each core to execute two instructions at a time. The Intel Atom chipset is able to deliver performance equal to some of the quad-core chipsets in the market. The Zenfone comes with 2GB RAM and would be available in 8GB & 16GB variants. We received the 8GB version review unit that gave us 4.41GB of available memory. But we won’t term the rest of the used memory as bloatware. For the simple reason that the apps bundled by Asus are useful apps and came in handy. We can’t say a lot about the performance but for the 5 hours we used the device, we found it to be pretty snappy. Snappy performance reminds us that the Zenfone has a 2MP front snapper that offers reasonably good selfies. The ZenFone 5’s customised interface was responsive and very smooth. The big screen and the HD resolution make watching videos enjoyable. Blacks had the perfect depth and the screen contrast was optimum.

Overall the build is sturdy and it feels relatively plush, it has a powerful set of internals and the Pixelmaster camera adds to the value.

This is where Asus has have shown their prowess even though they have a limited experience in smartphone UI. As soon as you switch on the Zenfone 5 for the first time, you will fall in love with the flat and serene Zen UI.

Almost every Android smartphone maker tries to distinguish themselves by giving a shot at the UI and UX but mostly fail miserably. We personally never liked the TouchWiz UI by Samsung until the latest iteration (Flat UI) that we saw on the Samsung Galaxy S5.

Folks at Asus claim that they made more than 200 changes to the core Android 4.3 (Jelly Bean) software to get what we see in the final version of the ZenUI. Now that’s a feat! And we sincerely hope that we would be able to experience all those changes once we receive the device for a longer span. But we also keep our fingers crossed that, Asus won’t delay future updates like the 4.4 KitKat or the Android L due to heavy customization.

The Zen UI has a striking resemblance to our favourite Sense UI – Lockscreen shortcuts that lets you open the apps that you use the most. It also shows time, weather and calendar events on the lock screen. Just like any other Android device, you swipe down to open the Notifications Bar, a swipe from the left side of the screen opens your notifications whereas the swipe from the right opens all the toggles, instead of the 2 fingers or single finger swipe that we have in few devices. Much needed toggles like Flashlight, Memory Booster, Calculator and Quick Memo are permanent, but you can choose the remaining toggles that show up in Notifications from Settings. Just like Samsung, Sony and HTC, Asus ZenPhone 5 has an Easy Mode that shows common apps like Dialler, Contacts, Camera etc by default, but also lets you set which other apps can be opened in this mode. Overall The interface is super snappy, clean and very easy to navigate.

Moving on the Asus Apps (bloatware for some), like we mentioned earlier that some of the pre-installed apps by Asus came in very handy. The coolest one we found was the PC Link, which lets you instantly mirror your phone on your desktop once connected via USB. Of course you need the PC app installed as well, and for that matter, Mac users can start wishing for Mac Link. There are many use case scenarios of the PC Link app like surfing the web, sending text messages etc from your PC.

The other apps that we liked were AudioWizard and Splendid. With AudioWizard you can control the Zenphone’s audio profile depending upon the functions you are performing. The app has 6 modes: Speech, Music, Recording, Movie, Gaming and Power Saving. And finally Splendid lets you control the colour reproduction on the display, allowing you to make it richer or colder. What’s Next, which is an app for tracking and managing apps; Do It Later, an app that can manage the to do list. There are many more useful apps but we weren’t able to try them all in these 5 hours.

We were not surprised that the Intel-powered smartphone delivered a user experience that was as good as its Qualcomm-powered counterparts. All the Apps opened quickly and switching between them was smooth. The Power VR GX544MP2 GPU renders rich graphics without a hitch and playing games on it was a delight. We tried, Asphalt 8, 300 and Dead Trigger 2, the all played smoothly and there were no frame drops. Though we wish the Zenfone 5 had better sound drivers. As far as benchmark is concerned, the Zenfone 5 beats its closest competitor Moto G by a good margin. Even Though Asus claimed that its 8MP snapper with Pixelmaster technology can capture far better pictures than the Apple iPhone 5s, it really failed to impress us. All the photos below were clicked in Auto mode, and as you can notice the lighter parts in photos are overexposed, while dark areas are underexposed. Colours in daylight photos are accurate, but white balance is a little off. But it offers great detail and solid noise reduction in low-light, which was neither overly aggressive or too soft, but perfectly balanced. Asus has added a number of camera tools for the user. From taking better selfies to adding time rewind, HDR, Depth of field and what all. It also has a unique selfie mode that uses the rear camera instead of the front facing one. However, there is a 2-megapixel front facing camera. Not just that, once the photos are taken and you go to the gallery. You would find an option to select images and create a micro-film or a collage instantly of the selected photos.

We are elated that Asus has set foot in the mainstream smartphone segment with the Zenfone 5. With Zenfone 5, the consumers would get a taste of plush hardware and smooth software in a beautiful package. We just hope the device is under 20K for it to be welcomed by the masses. And if  by any chance, Asus can keep it under 15K, we can bid adieu to Moto G.