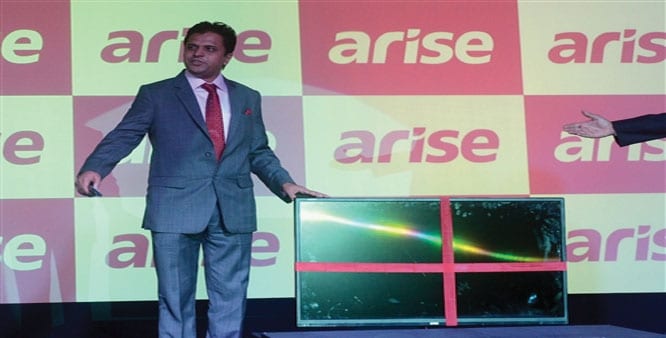 Gone are the days when Smart TVs were touted to be the next gen idea. Today the idea lies in offering exclusivity while merging modern technologies and creating new moments. Creating new experiences for you, Arise India brings for the first time in the industry a pioneering LED TV “For AndroidTM” that makes Smart TVs obsolete. 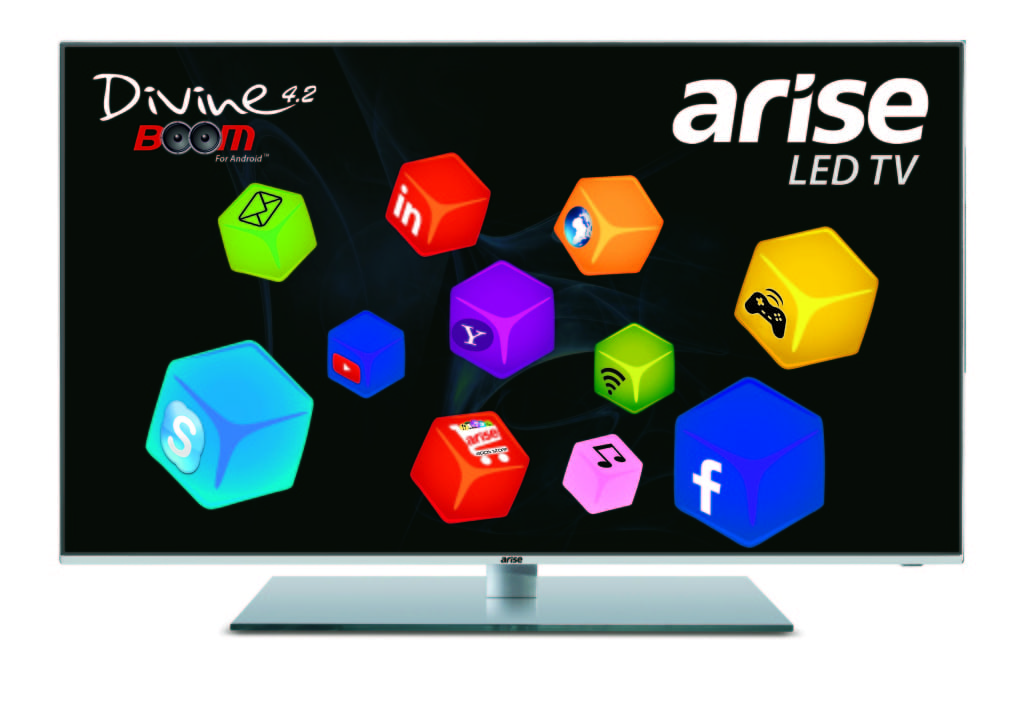 Introducing the Arise  LED TV “For AndroidTM”, that takes intelligent television viewing a step further and offers you much more than your Android mobile phone, by bringing the latest technology eco-system to the biggest possible screen ever.

Have you ever imagined that how messaging your friends on Whatsapp through your television’s big size would look like, or even how interacting with them over Skype on TV will be like? Or how would it feel for your children to play their favourite games on their TV, while you party with the best sound in the industry. Now redefining the TV viewing experience and bringing the smartest technology on your television for the first time ever, Arise brings imagination to reality with its avant-garde LED TV “For AndroidTM”.

With a tagline of ‘TV hai Phone nahi, Kaan se mat lagana’, the Arise LED TV enables consumers to watch their favourite shows while simultaneously accessing their social life via smart apps. Creating a focused balance between work & leisure, the functionality lets consumers access Social Networking (Facebook, Twitter, Whatsapp and Skype), surfing Internet and use suite of apps. This industry-first LED TV “For AndroidTM” lets consumers stay connected with their near & dear ones. even while they are not using their smartphones or smart tablets/laptops and thus creates a dynamic connect for the consumers across various platforms. With it’s synchronizing feature, now you will also be able to catch your favourite serials on your Android phone/I-Phone, same as what are running on TV , while cooking !!

Mr. Avinash Jain, Managing Director, Arise India Ltd says, “The Arise LED TV “For AndroidTM” redefines television viewing in the country. With Android becoming the first choice technology of consumers today, it was natural to take the technology further into televisions. Today consumers are forever-connected through their Android phones/I-Phones and by connecting their phones to televisions we ensure a seemless experience for them.

“With this innovation, Brand Arise is all set to capture the TV market of the country with its first-mover advantage. Being a consumer oriented brand we believe in listening to consumer needs and designing a television which reflects their needs and aspirations. Arise is the pioneer of the LED TV “For AndroidTM” experience and thus intends to offer a never before product at a pocket friendly pricing, thus making it affordable to all”, he added.

This LED TV comes with additional accessories like a QWERTY Keyboard with 6 axis joystick to enhance the native gaming & social networking experience along with an Inbuilt mike & ear phone jack which provides utmost privacy during video calling / VOIP.

With this innovation Arise India Ltd. now creates an altogether new demand in the Indian television industry where consumers will now demand something more and will not be satisfied with just some normal ‘smart’ features. This heralds a new frontier in television viewing, one that is spearheaded by Brand Arise, the leaders in innovative technologies in the country.