Samsung Electronics donated Rs 3 crores to the Prime Minister’s National Relief Fund to aid the relief operations in the flood-hit Jammu and Kashmir.

“The Samsung team shares the concern of the people of India about the grim situation in the state of Jammu & Kashmir. The Prime Minister has declared the situation a national disaster and the need of the hour is for all of us to help in whatever way we can. This small donation is our contribution towards bringing relief to the people of the state,” said Mr. B.D. Park, President & CEO, Samsung South West Asia.

In his letter addressed to the Prime Minister, Shri Narendra Modi, Mr. B.D. Park said, “We at Samsung are distressed by the calamity which has struck Jammu & Kashmir. It is a matter of deep concern for us as our employees, channel partners and customers have been affected by the floods. We pray for their safety. We share the pain and grief of the affected citizens of Jammu & Kashmir. Samsung has contributed Rs. 3 crores to the Prime Minister’s Relief Fund to support the government to battle this crisis and recover from it. While we will be working in multifarious ways to support our customers, dealers and employees directly too, we deeply appreciate the commitment and leadership of the government to handle this natural disaster.” 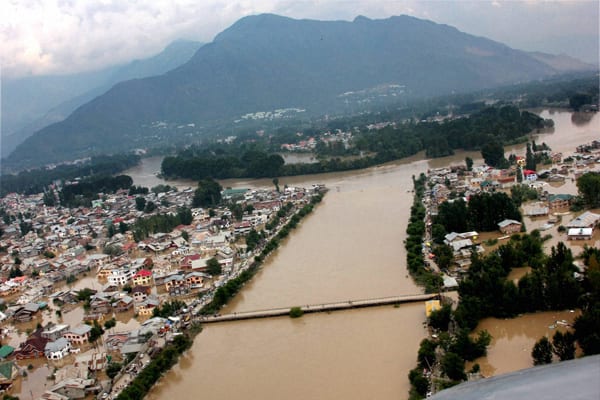 The donation cheque of Rs 3 crores was handed over to the Prime Minister’s Office this afternoon by Mr Hyunwoo Bang, Chief Spokesperson of Samsung India. The Samsung team is closely monitoring the situation in the state and is firming up plans to visit the flood-hit areas to assess the ground conditions.