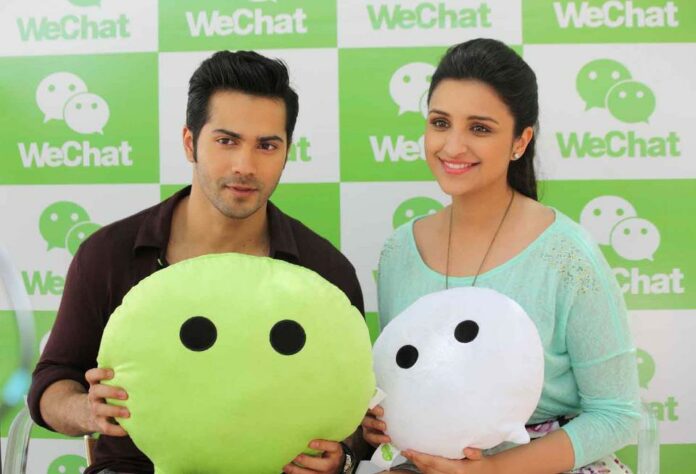 Extending the success of the recently launched Friends n Rewards campaign, WeChat has brought the campaign back for its users in a bigger and better avatar. This time WeChat users stand a chance to win free recharge worth Rs.150 through Video Calling and sharing Stickers with their friends. The campaign is set to begin on September 1, 2014 and run for the next twenty days till 20th September 2014.

WeChat has been one of the most innovative app in messaging and has been a pioneer in launching richer features such as Video Calling, Stickers, Voice Calling, Voice messaging, Location based Services, Official Accounts, etc. The “Friends n Rewards” recharge campaign is an initiative by WeChat to educate Indian youths to the newer & richer features which are now possible on Smart phones and can enhance communication between group of friends and family. 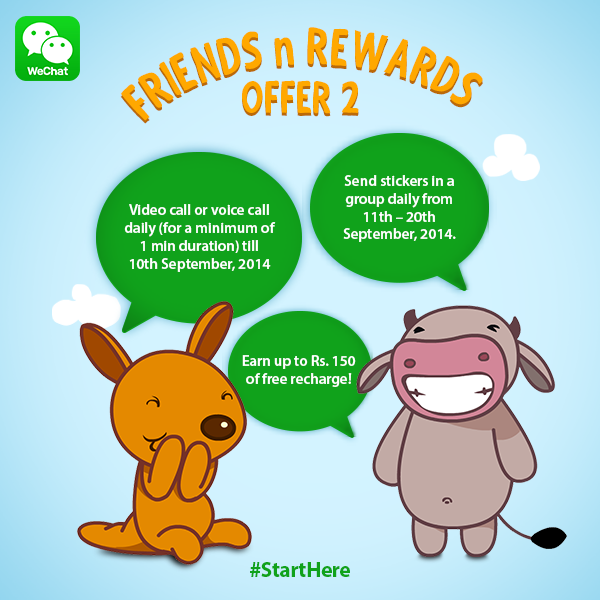 This is the second series of the Friends n Rewards campaign and comes with a twist, where users will get a deposit recharge of Rs.150 on September 1, however the free recharge will only be activated on September 20 depending on the number of days the activity is performed. In order to win this the users have to make a video call or send a voice note to their friends on WeChat from September 1st – September 10th and the remaining 10 days users have to share stickers with their friends in a group chat. Users can get more information about this unique initiative by logging onto WeChat Team Official Account on WeChat.

This initiative of Friends n Rewards has been was introduced in early August and was widely appreciated by users across India.