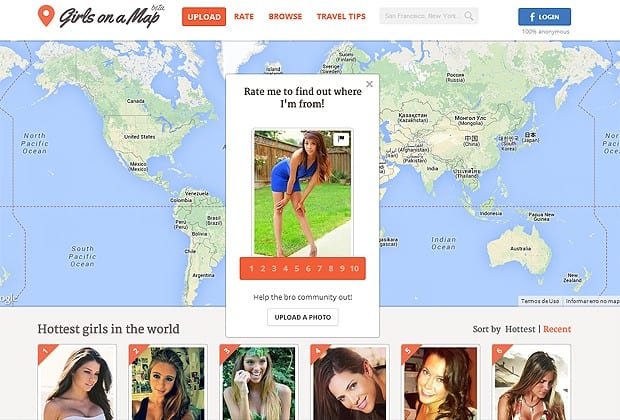 GirlsOnAMap, a travel website designed for bachelors, announced the first data-driven map of ratings of the most attractive ethnicities around the world. Over 60,000 people from more than 90 countries contributed ratings of women based on pictures – no celebrities or models allowed – uploaded by the GirlsOnAMap community of men and women. The released map charts the cumulative average of the ratings of all the women in a given country to form a composite score. 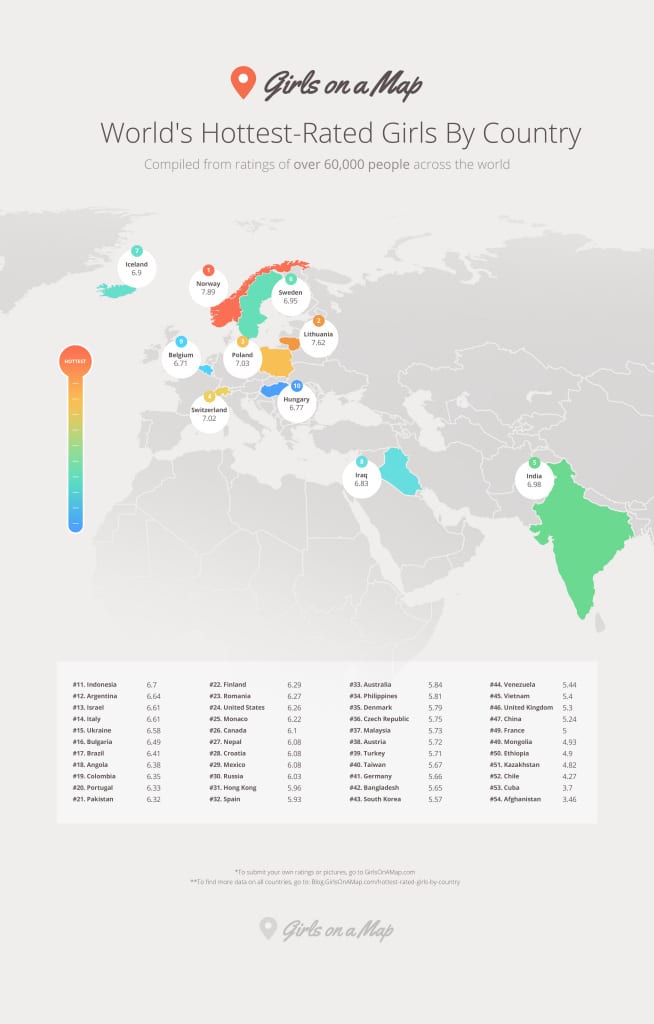 “If someone were to ask you, ‘where in the world are the most attractive – or hottest – girls?’ you almost certainly would have a skewed opinion, since you, and everyone around you, has never been to every country in the world,” said Kevin Leu, Founder and CEO of OnAMap. “This is the first big data-driven chart that demonstrates the results of an open and cumulative process to all people and their ratings around the world.”

The map features data on over 60 countries. Norway ranked as the number one-rated country beating out number two Lithuania by more than .2% points. The first Asian country listed, India, came in at number five. The first South American country, Argentina, came in at number twelve, five spots above rival Brazil. The United States came in at number twenty-four. Individual users can go to the site and rate to find out their own personal tastes on women around the world. A top list will form in the user’s profile.

“There’s always been these arbitrary top-ten lists of most attractive ethnicities – or countries – but the list is compiled by one person or a select group of people,” said Leu. “Further complicating the matter, most of these people use a celebrity as their criteria for selection. GirlsOnAMap is a site for real women you’ll see on the streets and the quantitative data that has been lacking – until now.”

Top 10 Most Attractive Countries Based on Women:

To see the composite scores of the countries – on a scale of 1 to 10 – plus the rankings of the other countries, view the attached map and/or visit Blog.GirlsOnAMap.com for more info on the study.