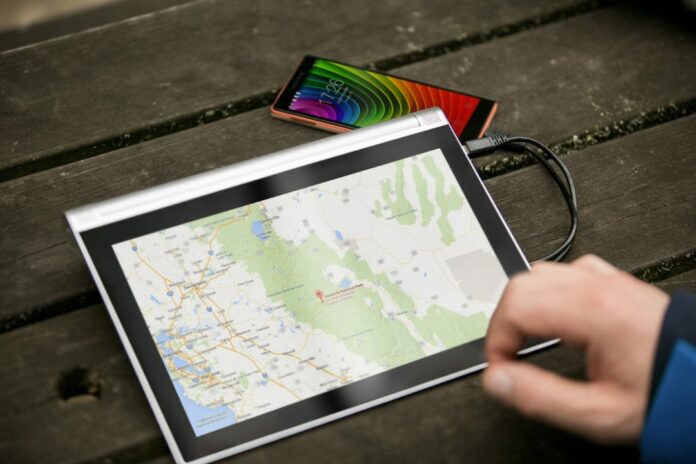 Technology has come a long way from the time when we had to take our shoes off in order enter the school’s computer lab to shoe makers using portable computers/tablets for showcase their catalogue. But have we really reached that optimum level of mobility? Can we really do all our task from a mobile device?

When the laptops came in, they were like an extension to the desktop, they were never meant to replace the desktop. But eventually they did really cut down on the numbers. Today more and more offices have laptops than we ever imagined. And similarly in another 5 years we would see mobile computing devices/wearable devices taking over our lives.

When the first tablet was released in 2010, it changed the way we thought about portable computing. But have the tablets really let us complete our tasks without needing the desktop/laptop. Well not really! And I say that with utter confidence as I can take my tablet to work – take down some notes, check mails, do a bit of calendar management but not really do all my tasks. But I am still happy as majority of people use tablets as a media consuming device (listening to music, watching movies, playing games) and not really as content creation device (writing a blog, movie making/editing, doing accounts). There is no denial that things have come a long way in the race for the perfect tablet. The tablet that could replace or at least be suffice to work without the need of a laptop for most of the tasks. The competition between iOS and Android led to Microsoft making its traditional desktop OS Windows ready for all form factors with Windows 8. And with the advent of Windows 8 in tablets & hybrids the productivity of such devices has been tremendous. That was obvious because, all our lives we have been trained to work on a windows machine be it school, college, home or office. And when that same operating system was given to us in a tablet format, the tablets suddenly became more productive.

My search for the perfect or near perfect tablet was still on, but just a few days back, I got to know about the Lenovo Yoga Tab 2. At first I was astonished and thought it was a gimmicky product that had different modes/form-factors. But having experienced the product, all I can say is that it’s one revolutionary product, a step ahead from its much awarded predecessor Lenovo Yoga. The new Yoga tablet 2 by Lenovo has bettered itself in every aspect – specs, pricing, OS options etc. The Yoga 2 Tab series consists of three Android tablets in sizes 8-inch, 10-inch and 13-inch respectively and a 10-inch Windows 8.1 tablet. The new Yoga 2 Tab range features Full HD display, Dolby HiFi audio, 8MP rear and 1.6 HD front camera and all come powered with the 4th generation Intel Atom Processor Z3745. Also, Lenovo has added a ‘Hang’ mode which allow users to hang the tablet to view content besides the existing ‘Stand, ‘Hold’ and ‘Tilt’ modes. Without a doubt, the Lenovo Yoga 2 Tab is great option for those looking for a laptop-sized tablet with some cool features you can’t find anywhere else.

I guess the time has come to upgrade my Android tablet and the Microsoft device with the Lenovo Yoga Tab 2 series. I’d go for the upcoming 13.3-inch Android tablet that comes embedded with an industry-first Pico projector and an 8-watt sound system complete with subwoofer and Dolby surround sound. With that I’ll get soon to be released Intel Atom powered 8-inch Windows 8 Yoga 2 tab. The reason I’ll get both the 13” Android Yoga Tab 2 and the 8” Windows 8 Yoga Tab 2 as soon as they are up for purchase in November, is because as a fashion & lifestyle blogger, I’d need one with Pico projector to show my presentations, watch fashion shows on a 50” projected screens and use it as a full-fledged notebook thanks to its size and form factor (Stand & Tilt mode).

At the same time I’ll use the compact and the portable 8” Yoga Tab 2 whilst working in the kitchen or while playing with my niece and nephews, playing rhymes on YouTube as it hangs somewhere safe on the wall. I’ve pledged to free myself, what about you?