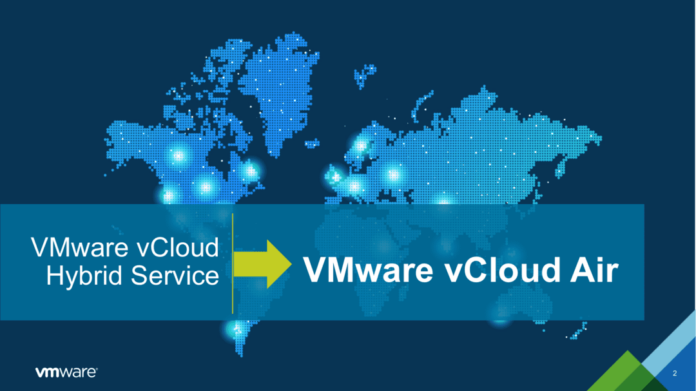 “Since introducing VMware vCloud Air a year ago, VMware has made significant strides to provide customers with a hybrid cloud platform they know and trust,” said Bill Fathers, executive vice president and general manager, Cloud Services Business Unit, VMware. “As we continue to expand VMware vCloud Air into new markets, with more services than ever before, we are only just scratching the surface of what the service will become the industry’s leading hybrid cloud platform for delivering innovation as a service from the data center to the desktop and mobile applications.” Data Sovereignty and the Hybrid Cloud

Data privacy, security and sovereignty continue to remain high on the list of customer concerns, even as IT organizations increasingly turn to public cloud to enable their business. The new vCloud Air location in Germany will help VMware’s European customers address local data privacy, security and sovereignty issues, while enabling them to take advantage of a public cloud from a global leader.

A recent survey of more than 225 senior IT administrators in Germany (commissioned by VMware and conducted by Ilkin Borg) revealed that 93 percent of respondents believe that the location of their cloud provider is important and that it becomes the central criterion in the selection of a suitable provider. In addition, the survey found that 71 percent of respondents want a solution that makes managing the public cloud as easy as managing their own infrastructure.

In addition, VMware is giving European customers more options on how to connect to and leverage the cloud with VMware vCloud® Air™ Direct Connect™. This allows customers to seamlessly expand their infrastructure directly to vCloud Air for increased resources and scale as needed over private dedicated networks, enabling secure, consistent, high bandwidth connectivity.

A little more than a year after introducing vCloud Air, VMware’s hybrid cloud platform has rapidly expanded its global footprint to provide businesses of all sizes with the fastest path to the hybrid cloud. Now with data centers in North America, Europe and Asia, VMware recently announced its hybrid cloud expansion in the Asia-Pacific region via a joint venture with SoftBank Telecom Corp. and SoftBank Commerce & Service Corp. (SoftBank C&S) that brought vCloud Air to Japan. In addition, VMware has announced a strategic partnership with China Telecom to build a world-class hybrid cloud service in Beijing.

Unlike other public cloud services, vCloud Air enables organizations to extend their private on-premises IT infrastructure seamlessly to the public cloud. The resulting hybrid cloud is compatible with customers’ existing applications and allows them to build new cloud-native applications, delivering agility and efficiency to the business in a secure, reliable and compliant manner. IT departments can view, manage and operate this “best of both worlds” cloud environment in a unified way using the VMware vSphere® platform they already know and trust.

In addition, VMware has an existing ecosystem of more than 2,100 vCloud Air Network Service Provider Partners in Europe that operate clouds based on VMware’s technology. Included within this ecosystem are over 160 VMware Hybrid Cloud Powered Service Providers offering true workload portability between the customer site and the cloud.

“VMware vCloud® Air™ offers a secure and flexible public cloud environment and addresses important sovereignty issues for our customers,” saidRoland Koenig, GM and head of virtualization practice, Bechtle GmbH & Co. KG. “Many of our customers tell us they need a locally-based solution and want to know that their data is hosted in Germany. We can give them that piece of mind. Working closely with our customers, we will be able to assess their existing environments and advise them on which parts of their infrastructure would be suitable for VMware vCloud Air.”

Avnet Technology Solutions, an operative division of Avnet, Inc. had its Germany team trained and fully certified on the technical, sales and operational components of VMware vCloud Air. We enable our resellers and customers to take advantage of the public cloud while keeping management and control over their data. “With VMware vCloud® Air™ resellers benefit from a flexible sales and service model allowing them to transfer services to a VMware data center and providing the freedom of choice and speed they need for future market success,” said Thomas Kleinkuhnen, Director Sales Solutions at Avnet Technology Solutions GmbH (Germany).