Karbonn Mobiles has launched Titanium Mach One exclusively on Snapdeal.com. With an aim to simplify complex labyrinth of navigation menus, Titanium Mach One has been integrated with highly intuitive and user-friendly gesture enabled features, multiple camera functions, optimised battery life and customisable dead screen updates for quick and easy interactivity.

In cognisance of the varied levels of smartphone usage abilities of the Indian consumers, Titanium Mach One is equipped with “Gesture Suite” which includes a host of highly intuitive gesture enabled features to facilitate faster navigation with minimal interaction between the user and the device. The “Gesture suite” includes ‘Smart Lock Screen’ that enables direct access to notifications and apps from lock screen, “Gesture Mode” for easy access to preferred apps with the swipe of fingers and “Smart Eye Gesture” for automatically pausing running videos when the user looks away from the screen. In recognition with the linguistic diversity of the country, Titanium Mach One supports upto 21 local languages facilitating regional language interactivity.

Speaking about the launch of Titanium Mach One, Mr. Shashin Devsare, Executive Director, Karbonn says,“Indian Smartphone user demographic is highly fractured with advanced users forming only a small chunk of the overall market. Thus, it is imperative to offer advanced Smartphone solutions to the consumers which complement their needs and expectations while being simple enough to be adopted intuitively by the user. Recognising the need for a dynamic symbiotic relationship between consumer and technology, Karbonn has launched Titanium Mach One which has been especially developed to cater to the growing demand of Indian consumer for relevant and simplified smartphone technology.” 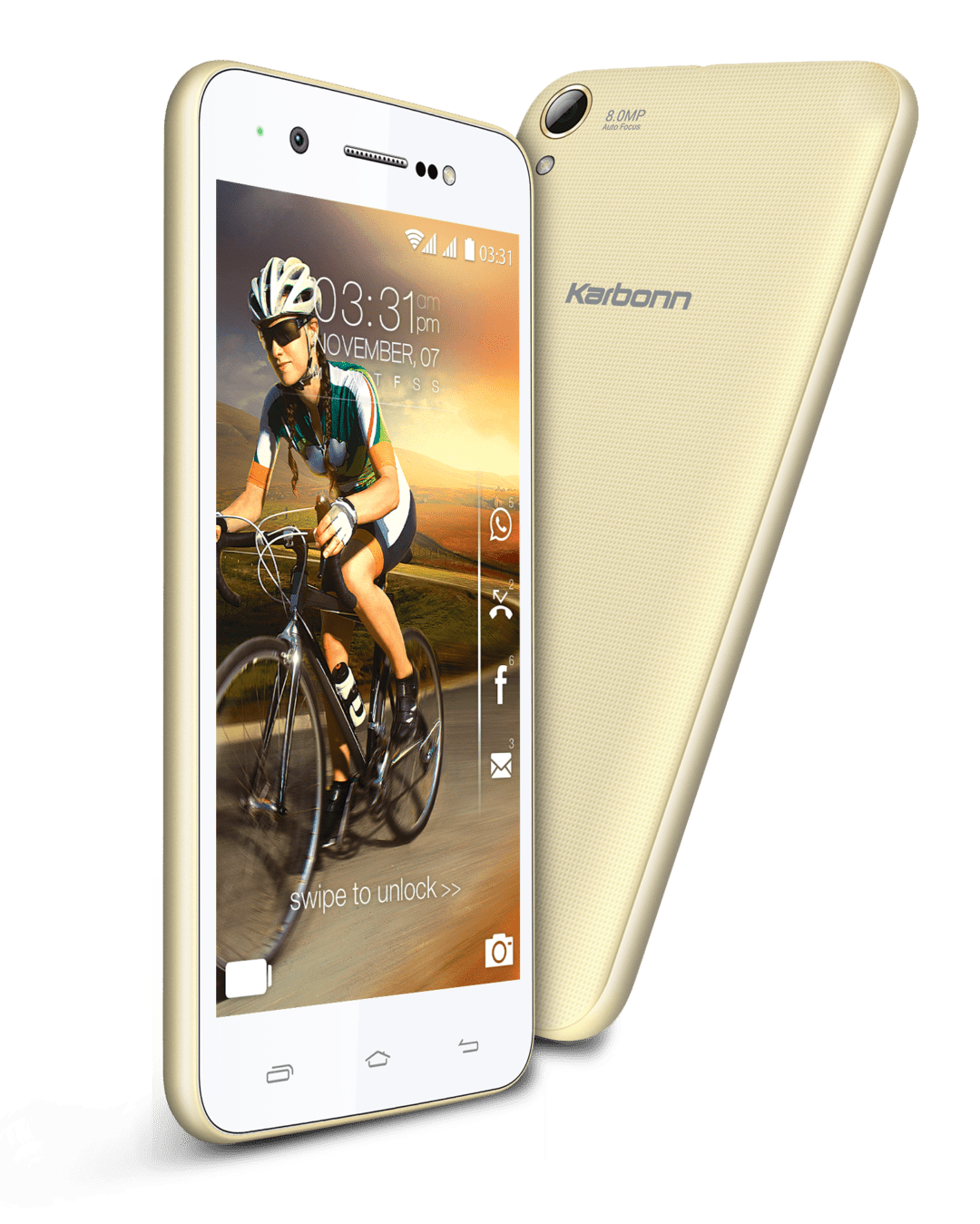