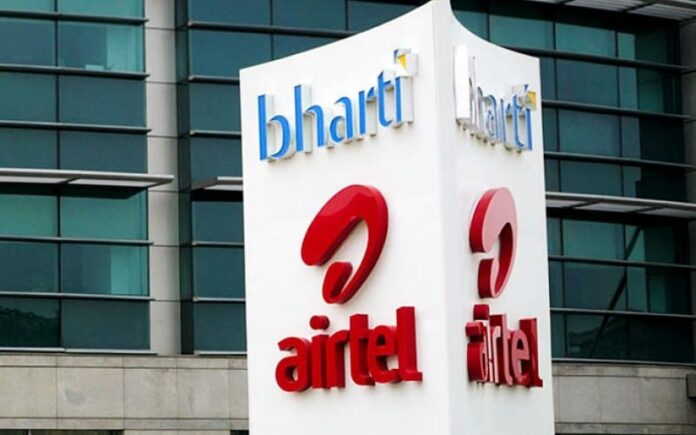 Bharti Airtel Limited announced its audited consolidated IFRS results for the third quarter ended December 31, 2014.The consolidated revenues for Q3’15 at Rs 23,217 crore grew by 5.8% over the corresponding quarter last year. Consolidated Mobile data revenues at Rs 2,872 crore grew by 61.9% Y-o-Y, uplifted by higher data usage. Mobile Data revenues now contribute more than 85% of the incremental revenues of the Company.India revenues registered a growth of 12.6% Y-o-Y across segments, led by 13.0% in Mobile, 13.2% in Telemedia and 15.8% in Digital TV. Mobile voice realisation in India improved to 37.67p per minute (up 0.45p Y-o-Y). Mobile Data revenue at Rs 2,114 crore registered a growth of 74.3% Y-o-Y in India, uplifted by increase in usage per customer by 38.3% and Data customer base by 32.4%. Consequently, Data ARPU has moved up by Rs 34 to Rs 170 in Q3’15. Mobile Data revenues contribute to 16.2% of Mobile India revenues vis-à-vis 10.6% in the corresponding quarter last year.

Africa revenues grew by 3.9% Y-o-Y in local currency terms, but the reported revenues were down by 5.3% due to appreciation of the US dollar. Data revenues stood at $ 116 Mn with growth of 34.9% Y-o-Y, led by increase in Data customer base by 38.1% and higher usage per customer by 22.6%. Data revenues contribute to 10.5% of overall Africa revenues vis-à-vis 7.4% in the corresponding quarter last year.Consolidated EBITDA at Rs 7,786 crore grew by 9.6% Y-o-Y with EBITDA margin expanding by 1.2% to 33.5%, driven by India up by 2.8% Y-o-Y. The resultant consolidated EBIT of Rs 3,984 crore represents a Y-o-Y growth of 25.2%, with EBIT margin improving by 2.7%. The improved operational efficiency has resulted in the Consolidated Net Income growing by 135.4% Y-o-Y to Rs 1,436 crore. This is the highest quarterly profit since September 2010.Consequent to an addition of Rs 6,468 crore of deferred payment liabilities for the spectrum, the Company’s consolidated net debt has increased to $ 10,554 Mn and the Net Debt to EBITDA ratio (LTM) has moved to 2.11 times from 2.06 in the previous quarter. Excluding the deferred payment liabilities to the DOT, the Net Debt as at 31st December, 2014 stands at $ 8,345 Mn.In a statement, Mr. Gopal Vittal, MD and CEO, India & South Asia, said:“Airtel’s revenue growth in India has continued to accelerate. Revenue growth of 12.6% in Q3 is the highest in 9 quarters. We remain focused on driving topline through stepped up customer acquisitions with continued focus on churn, ensuring pricing stability, and path-breaking innovations in mobile data. Our mobile data growth is at 74.3% in Q3. On the regulatory front, the industry has welcomed the announcement of the timetable for the spectrum auctions in March 2015”.In a statement, Mr. Christian de Faria, MD and CEO, Africa, said:“Airtel has continued to grow in Q3 despite economic turmoil in several commodity-rich countries, consequentto a sharp slide in crude oil and metal prices. We have maintained our focus on growing customer base andtopline in a cost-efficient manner. Significant depreciation in most African currencies especially the NigerianNaira has however depressed the reported results in dollar terms. We are hopeful that the economies andwallet spends will quickly adjust to the new situation”.Summary of the Consolidated Statement of Income – represents consolidated Statement of Income as perInternational Financial Reporting Standards (IFRS)