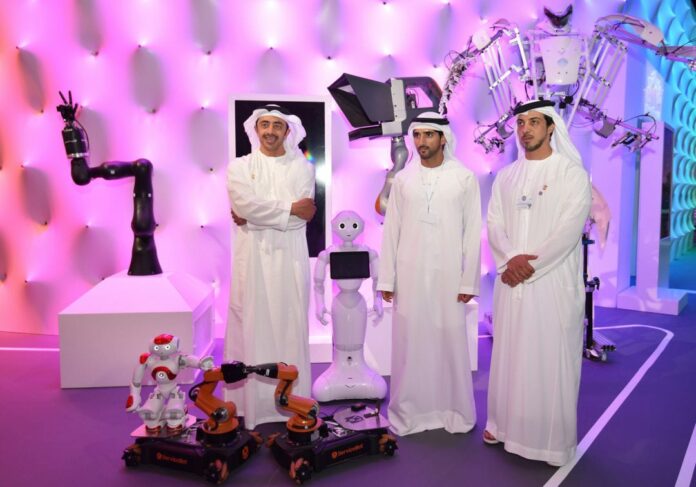 Days after the thrilling finals of the UAE’s ‘Drones for Good’ competition, (wherein India emerged with the third highest entries) which awarded a US$1 million prize to the creators of a collision-proof drone, the UAE Government has launched the international ‘AI and Robotics Award for Good’ competition. Announced during the 2015 Government Summit, the award reinforces the country’s desire to support innovation and technology which will bring positive change to the world.

The competition allows entrants to combine robotics, artificial intelligence, healthcare technology, advanced education technology and other areas to develop robots which have potential to dramatically improve how governments meet citizens’ needs. While the technical requirements will be announced shortly, the real boundaries are only in the imagination of entrants.

In opening the chase for the award, His Highness Sheikh Hamdan bin Mohammed Al Maktoum, Crown Prince of Dubai, and His Excellency Mohammed Abdullah Al Gergawi, Minister of Cabinet Affairs for the UAE government, encouraged researchers, entrepreneurs and innovators to be creative in their thinking.

In particular, artificial intelligence is set to become the hottest trend in technology this year, with a boom in start-ups and a large number of companies rushing to invest in the technology. With some of the first applications coming from the financial industry, and with large technology companies such as Google, IBM and Facebook also investing considerably, the ‘AI and Robotics Award for Good’ will provide a high-profile platform for creative new ideas.

Said Sheikh Hamdan, “Our goal is to harness science and technology to promote a better life for people and enhance happiness in communities.”

His Excellency Al Gergawi commented, “This competition will put the best minds in the world to the test, challenging them to incorporate the latest technologies and develop new ones. The possibilities are limitless, from improving life for those with disabilities, to transforming education, to aiding with complex tasks such as fire-fighting, construction work and social care.”

“I expect that a year from now we’ll be sitting in the same room…and we’ll be even more excited at what we have uncovered in the way of possibility in AI and robotics to do things for humanity that we never expected,” commented Cassel.

Said Brynjolfsson, “We have the chance to ultimately eliminate poverty on this planet for the first time and dramatically improve our health and well-being. I believe this prize is going to make a substantial improvement in the probability of us achieving those goals, and the speed with which we achieve those goals. I know it is going to inspire a lot of people, not just in Dubai but around the world.”

Peters praised the UAE’s willingness to support emerging technologies, commenting, “The UAE, by taking on this challenge, gives us a very clear direction with which we’ll be able to demonstrate the benefits of robotics in the future.”

The announcement came during the third Government Summit, which brings together world leaders and nearly 4,000 attendees from 93 countries for plenaries and panel discussions about how innovation and technology can make governments more effective. Speakers included Ban Ki-moon, Secretary-General of the United Nations; Klaus Schwab, Chairman of the World Economic Forum; Steve Wozniak, co-founder of Apple; and Boo-Keun Yoon, president of Samsung Electronics.

The award was launched in the Museum of Future Government Services, an exhibition with a range of large and small robots, including a giant exoskeleton, a chess-playing robot and a ‘selfie-robot’. The Museum also features interactive learning labs, concepts of self-driving cars and virtual reality tools for fitness and healthcare.