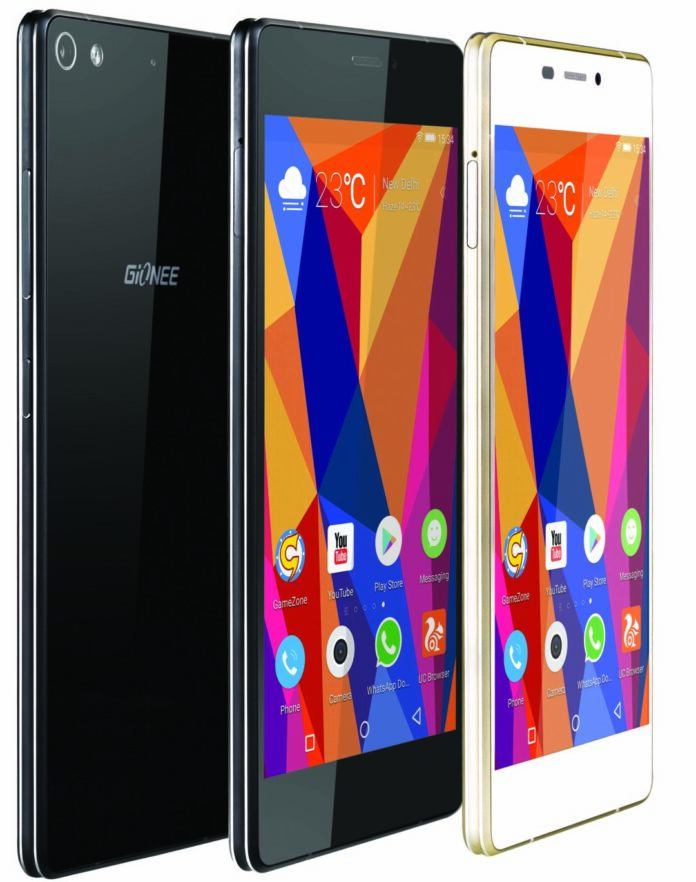 “We believe ELIFE S7 will bring the future of slim smartphones to the next level. To make ever-slimmer phones, compromising on performance and function is pointless. Manufacturers should offer more features benefiting user experience other than just slimness,” said William Lu, President of Gionee

Arvind.R.Vohra, Country CEO & MD – Gionee Smartphones India said “We have had a rapid growth since our launch 2 years ago. We are at a threshold of achieving the targets we set for ourselves having sold over 4Million+ devices in India already.Gioneeis aiming to be among the top 5 mobile players in India by the end of next fiscal year. ELIFE S5.5 & S5.1 witnessed huge acceptance amongst Indian consumers and we are certain that the S7 will create its own benchmark. Consumers will continue to witness exciting offerings this year under the E & S series which are LTE ready matching up to the next level of 4G connectivity option that the country will witness this year. The metal used on S7 is aviation level aluminum magnesium alloy, making the skeleton solid and durable with no worry of bending in pockets like competitors’ slim products.

Despite the durable metal, both the back and front have Corning Gorilla Glass 3 protection against scratches — ultimately creating a combination of hardness and softness to bring maximum protection to the device.

High power consumption has always been a big problem for ultra slim phones. To enable the battery to last for a whole day, the S7 is equipped with a 595 density 2700 mAh battery, which is the highest among ultra slim phones in the market. In addition, Gionee has optimized both the hardware and software performance to lower battery consumption, bringing energy efficiency to users’ fingertips.

With industry leading Synchronous heartbeat technology and the intelligent control background, the background can reduce the number of times the system wakes up by tracking energy use over time and killing unauthorized apps.

In terms of the user interface, according to the illumination feature of AMOLED screen, the user interface has been optimized. S7 features a unique extreme mode, which automatically enables 10% of remaining battery power to potentially last for 33 hours 45 minutes standby time by freezing functions except calling and text messages to ensure basic communications.

With the MTK 6752 OCTA core 64 bit 1.7 GHz processor, the HPM technology enables the processors to run at a high speed and remain at an ultra-low power consumption level.

A flat 13MP camera imbedded in the S7 looks more natural. Gionee’s self-developed ‘Image+’ image processing system enables users to shoot stunningly high quality images with easier user experience. Powered by the night mode engine of Image+, the device can capture 6 pictures in about 1 sec., and compose to 1 picture by adjusting the brightness and image noise.

As one of the fastest cameras with zero delay in the market, S7 can capture a picture with only 500 milliseconds, and its focus time is only 300 milliseconds. The S7’s 8MP front camera incorporates intelligent Face beauty 3.0 technology — the device can estimate peoples’ gender and age, and recommend the best over the face beauty effects for more natural selfie photos.

The S7 will include a Hi-Fi level headphone and offer superior sound quality with instinctive Hi-Fi standard sound system that features sound restorations. With the built-in tailor-made speaker and Smart PA, users can enjoy music accompanied by louder and richer sounds, bringing a home theater system experience to an ultra slim phone.

S7 is the first ultra slim phone that supports dual SIM, multi-band and multi-mode such as 4G FDD/TDD LTE and 3G WCDMA/TDSCDMA.

At the launch, Gionee also unveiled the 3rd generation of Android 5.0 Lollipop based Amigo OS; S7 will be the first product running Amigo 3.0, which is more faster.

The Gionee ELIFE S7 stands at 5.5mm thin and will come in Black, White, and Blue.

The Gionee ELIFE S7 will be available in India by April 2015.