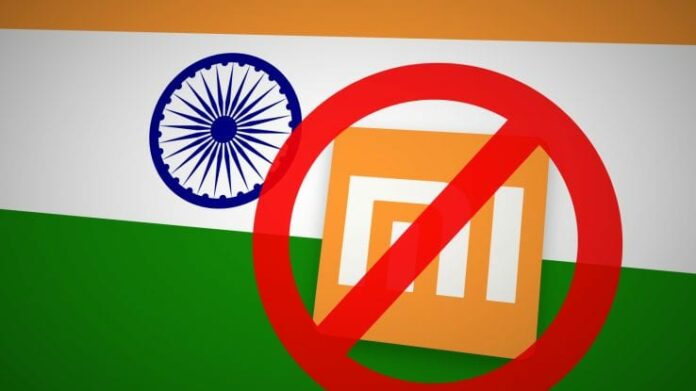 Xiaomi or Mi in India, a brand I had really high hopes from. A brand led by people like Hugo Barra a computer scientist, technology executive and entrepreneur. The man behind many Google products like Android, Google Now, Google Voice and much more. And, Manu Kumar Jain, a thought leader and humble gentleman.

And, Manu Kumar Jain, a thought leader and humble gentleman. At Xiaomi, he is the head of its Indian venture – Mi India. Before joining Mi India, Manu was Co-founder and MD of Jabong.com

The company that started its India operations with such a dream team has really fizzled out on its promises. Here are 5 reasons why we would never cover or recommend F**k-Mi products to anyone:

Xiaomi is not a cash-strained or a very small company that it can’t produce its smartphones in large number. Yet, they want to F**k with consumers by using flash sales models. Let’s see how long they will keep doing this to people in India? 9 out of 10 people are frustrated with it but who gives a racoon arse?

2) Indian’s don’t deserve an option. They are used to adjust and live with whatever is given

Well, Manu if you thought the same way with your last venture – Jabong. Then you would have sold nothing but white underpants. But, again refer to point number 1 (Yes we can and we will F**k with our customers). Not only we will make them plead for an invite code but also give them only one colour and one storage capacity option.

Yes, Indian users have no option to pick storage size (16GB/32GB/64GB) neither do they get an option to pick a colour. Becuase, we Indians have lived our lives adjusting so we should continue to do so.

3) Now that you have managed to get our phone. We will snoop and leak your information

For anything we do in life, privacy is the most important factor. Be it going to that motel, a changing room in the mall or a buying a product. But guess what? Xiaomi or Mi India saves everything you do on your phone on its servers in China. Yes, that selfie you took for your girl/boy will soon be public. Well, who knows, maybe it’s already doing the rounds on WeChat or QQ.

4) We like to copy! Our Innovation is in copying so let’s do that and fool the bloody Indians

Ericsson has claimed that Xiaomi has infringed upon its Standard Essential Patents (SEP). According to SpicyIP, Xiaomi violated eight patents related to AMR, EDGE and 3G. They reportedly breached Standard, Essential Patents (SEPs) which are subject to FRAND (Fair, Reasonable and Non-Discriminatory) terms.

Here’s why Xiaomi phones are banned in India – http://www.digit.in/mobile-phones/heres-why-xiaomi-phones-are-banned-in-india-24711.html

5) We have the best products and customer service. Hell No! We just sell shite

Their products are the worst in terms of hardware and software. Tall claims about how robust their devices are, falter in the first fall. Not only do they have a snooping OS but it is also buggy and based on archaic android versions. Wonder why? Simply because their backdoor trojans won’t work with the latest version of the Android OS and its security patches. So, they keep fooling customers by launching a new MiUi every now and then without actually updating the OS.

If by any chance you have the courage to live with these things then their customer service is all hell broke loose. It’s like running into a wall. In simpler words, you might get away with your government work but please dont expect a resolution from this brand.

So, that is entirely our editorial call and we will not cover them till we have an assurance from the brand. As a buyer, it’s up to you whether you invest in this brand or not. We still have the utmost respect for Hugo and Manu. But, till they improve their product and services and we get an update from them, we will not recommend or mention them in any of our stories.