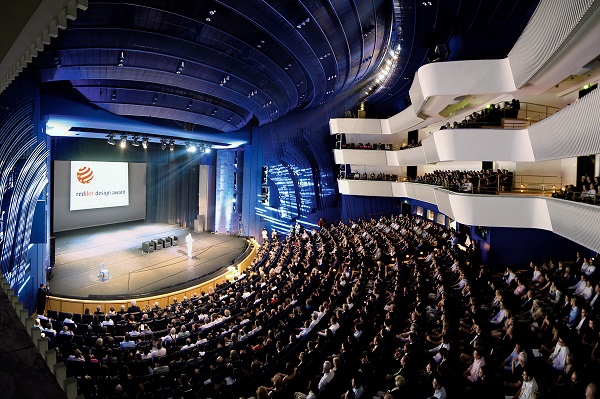 The honorary title “Red Dot: Design Team of the Year” goes to the capital of the state of Bavaria. Robert Sachon and the design team of Robert Bosch Hausgeräte GmbH are to receive the top award from the prestigious Red Dot Award in its anniversary year. On 29 June 2015, the winners will accept their honour at the Red Dot Gala in the Aalto-Theater in Essen, Germany.

Brand design in the digital age

For the past ten years, Robert Sachon has been in charge of brand design for Robert Bosch Hausgeräte GmbH. In this time, his contribution has significantly shaped the appearance of the appliances. In addition to developing a new design idiom spanning across products, the other focal points of his work have been integrating technological innovations and increasing the connectivity of appliances. The most recent example, which has already been successful on the market, is the Series 8 built-in appliance range – with ovens leading the way. With the help of the PerfectBake sensor and the PerfectRoast meat probe, they enable perfect baking and roasting results completely automatically. Furthermore, some of the Series 8 ovens and dishwashers are linked to Wi-Fi and can be controlled via an app on mobile devices such as tablets and smart phones.

The honorary title “Red Dot: Design Team of the Year” will be awarded by the Design Zentrum Nordrhein Westfalen for sustained achievements in design of the highest standard. Prof. Dr Peter Zec, Design Zentrum Managing Director and founder of the internationally significant Red Dot Award, said: “More than 200 Red Dot and Red Dot: Best of the Best awards document the unique success story of Robert Sachon and the Bosch home appliances design team”. Recently, the company receiving the most design awards of all the home appliance brands worldwide has increasingly paved the way for the integration of future technologies. The decisive factors here are the creation of product networks and successful communication between the appliance and the user. “Because they have a such a good track record of top achievements as well as original, future-oriented accomplishments, I am proud to declare Robert Sachon’s design team the highly deserving winners of our distinguished honorary title”, said Prof. Dr Peter Zec.

The honorary title “Red Dot: Design Team of the Year” will be accompanied by many other events. Together, the Ruhr Museum and the Red Dot Design Museum are to reconstruct the design exhibitions of the 1955 winners at the Zollverein world heritage site in Essen. As part of this project, the award-winning Bosch products – the “Neuzeit I” food processor and the “125 S” refrigerator – will be displayed in their original forms. Prof. Dr Norbert Lammert, President of the German Bundestag and patron of the exhibition “Enduring, not ultimate form“, will open the historical exhibition alongside Prof. Dr Peter Zec – CEO of Red Dot – and the director of the Ruhr Museum, Prof. Heinrich Theodor Grütter, on 28 June 2015.

From 29 June, another two exhibitions will document the outstanding design of home appliances from Bosch. In “Design on Stage”, the Red Dot Design Museum in Essen will display all the award winners from this year’s product competition, including the Series 8 built-in appliances which just recently received a Red Dot: Best of the Best award. Additionally, the “Red Dot: Design Team of the Year” will attract the attention of museum visitors in the traditional fashion with its own exhibition lasting four weeks. The special exhibition, entitled “Icons of everyday life – Bosch Home Appliances throughout the ages”, shows how the Bosch appliances have evolved through the decades in terms of appearance. In addition to design classics from the past, the focus is on examples of design which show how the brand has successfully positioned itself in the digital age.

It is not possible to apply for the honorary title “Red Dot: Design Team of the Year” – it can only be received as a special distinction. The award winners of previous years include big names such as Apple, BMW, Samsung and Porsche. In 2014, the award went to the Stockholm-based design company Veryday, the CEO of which, Krister Torssell, will hand over the “Radius” trophy to Robert Sachon in Essen. “My team and I view this award as a wonderful confirmation of our achievements”, said Sachon. “It shows that continuity and change do not have to be at all mutually exclusive. Our goal is much more that of using this combination to create new, exciting products which stay up to date for many years.”