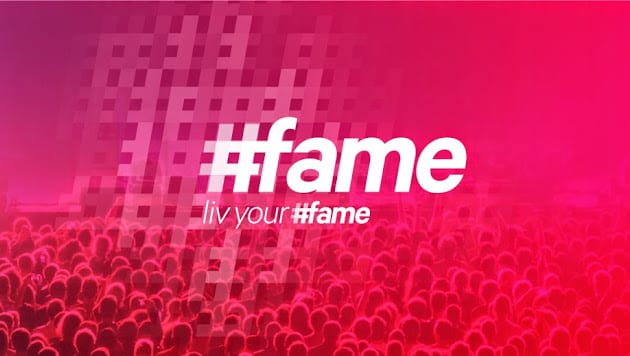 #fame, the premier digital entertainment network, has launched India’s first LIVE VIDEO entertainment app. Available in beta on iOS and Google Play, the app is a mobile video platform where performers can beam live to fans and audiences through their smartphones. As part of this pioneering foray, #fame will bring on-board more than 50,000 skilled and amateur performers and target over 10 Mn downloads over the next six months.

Targeting the youth, the #fame app offers a diverse portfolio of live and video-on-demand (VoD) original digital content. From celebrities and skilled talent to enterprising amateurs, the content on the app straddles a wide portfolio of genres including comedy, entertainment, live events, fashion, music, tech, food, citizen journalism and more. Further, features such as social sharing, live chat, liking and fan-based communities have been integrated into the app’s user experience to help grow engagement between performers and audiences on the platform.

Since its launch in Sep 2014, #fame has emerged as one of the fastest growing digital entertainment networks in India, its debut market. Catering to mobile millenials through an integrated ‘talent-first’ strategy, #fame is building a pan-Asian digital video network with consumer tech and original video content as its backbone. Since launch, the network has seen strong traction for its suite of digital shows and properties and is one of the India’s largest creators of original digital video content. Apart from its mobile app, #fame’s digital video network spans several digital and social platforms including YouTube, Facebook, WeChat, Daily Motion and leading content publishers. #fame strategically focuses on emerging and established talent to build digital video channels and communities around them.

#fame has identified 5 additional markets in South-East Asia to build local digital video businesses. These include Indonesia, Thailand, Singapore, Malaysia and Philippines apart from India. TO THE NEW Ventures, the parent company of #fame, has a strong strategic presence in these markets where it has built businesses in the SMACK space (Social, Mobile, Analytics, Content & Knowledge). ASTRO Overseas Limited, a leading cross-media operator in South-East Asia, is a key strategic investor in TTN Ventures.

Speaking on this development, Puneet Johar, MD, TO THE NEW Ventures said, “ #fame is creating an exciting new LIVE category in the mobile video and entertainment space. Along with its proven record of breakthrough original digital content, we are confident of #fame achieving market leadership in mobile video in India and South-East Asia in the near future.”

Saket Saurabh, CEO, #fame commented, “The #fame app is pioneering not only because it is India’s first live video entertainment app, but also because it will be home to original content from the country’s hottest young digital stars. The app is a manifestation of #fame’s vision of empowering millions of emerging talent in their journey as content creators and help them reach and engage with their audiences wherever they are and whenever they want.”

With over 300 Mn internet users, including 185 Mn users who access it on the mobile, India is delivering nearly 5 billion video views a month and is one of the largest and fastest growing digital video markets in the world. India will exceed 200 million smartphone users, topping the US as the world’s second largest smartphone market by 2016 (Source: e-marketer) and mobile app downloads will globally triple and grow six folds in India by 2015 (Source: KPMG). In terms of monetization, digital video has grown faster than social with a 56% CAGR in the last 3 years compared to around 40% for Social. (Source: IAMAI ‘Digital Advertising Report 2014).