Hungama.com has become the first company to cross 50 million monthly active users across its entertainment service. This milestone places Hungama among the top 5 music and video streaming services globally, including platforms like Pandora and Spotify.
Over 250 million consumers accessed Hungama’s services over the last year, during which the platform registered 200% growth in monthly active users.
Over the past 12 months, Hungama has introduced several first features as well as several key catalog additions to create an unmatched consumer experience. The fast pace of growth in mobile data adoption among consumers across the board has provided a platform for Hungama to tap into the market with its mobile-apps, leading to massive penetration in both metros, urban, semi urban and even rural India. 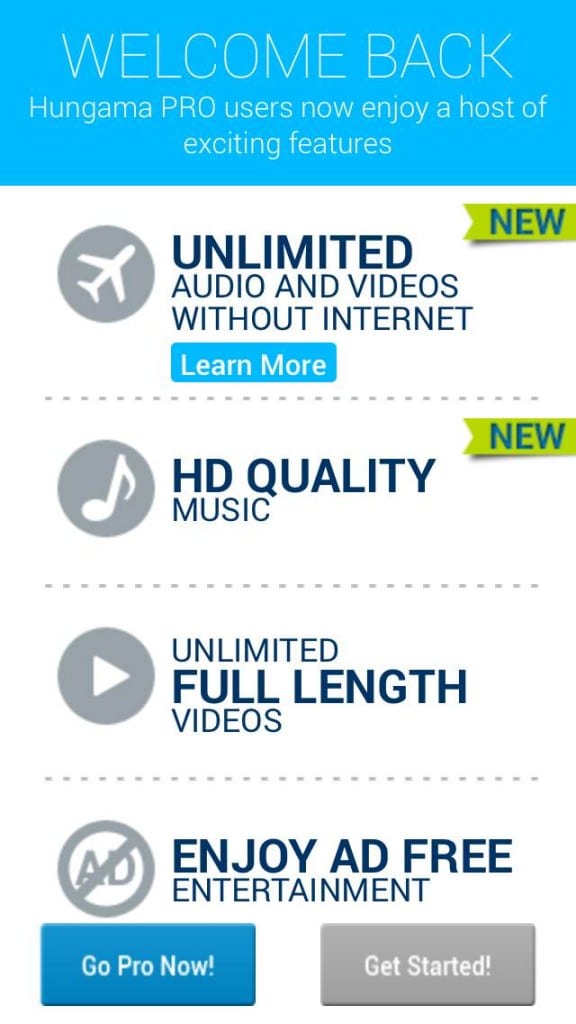 Anticipating the market opportunity in semi urban and rural India, Hungama rolled out multi-lingual support in its Android app in October 2014. It was the first music led mobile app globally to be available in more than 5 languages when it was launched with support for Hindi, Tamil, Telugu and Punjabi, along with English.
In July 2014, Hungama also introduced its PRO service for Android and iOS devices. The service featured integrated video and audio downloading for the first time in a single app, along with a caching feature for music that allowed users to save their music and video which can be played without internet connection anywhere, anytime in turn saving data cost.
Speaking on Hungama’s achievement, Mr. Neeraj Roy, MD & CEO of Hungama Digital Media Entertainment said, “We are glad to be the music & video service of choice for over 50 million South- Asians across the world. The milestone is the result of initiatives that we at Hungama began undertaking about 15 months ago. Over the next year, we plan to continue to build on this momentum to grow into newer markets and explore more avenues to distribute digital music and video. Hungama is on track to reach 100 million MAUs by March 2016”
Hungama’s patent pending gamification layer has become immensely popular with its consumers who are now rewarded for multiple actions and on a daily basis and redeem their points for a range of products and services. Whether you are listening to music or watching a video, its never been so much fun and rewarding as on Hungama.
Hungama has also partnered with several studios and labels to offer music and video exclusively including tracks from popular artists like Yo Yo Honey Singh, Atif Aslam, etc. as well as music from latest Bollywood movies like Roy, Kuch Kuch Locha Hai, Gabbar & Mr.X along with Regional cinema to name a few. Today Hungama offers the widest selection of music and video from over 150 leading record labels and studios in 19 languages, being the largest and most widely distributed entertainment service for South Asians, globally.