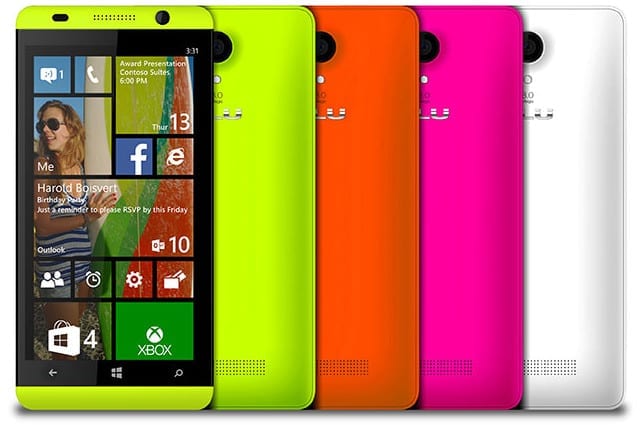 The new BLU Win Series which come loaded with Windows Phone 8.1 can be upgraded to Windows Phone 10. Also, keeping the Indian consumer in mind, these phones have a dual sim functionality, which can be used on any compatible network in the region to deliver fast 4G LTE data speeds. Both BLU Win JR LTE and Win HD LTE series come with big and bright screens, great cameras and super-fast LTE processing. Powered by a 64-Bit Qualcomm Snapdragon 410 processor, they come in a range of vibrant neon colors that are meant to appeal particularly to the young consumer. Moreover, the pricing has been made extremely competitive with the aim of offering the Indian consumer an unbeatable combination.

Both Win JR LTE and Win HD LTE will be getting Windows Phone 10 free update as it launches. This will give the user an ecosystem that integrates many mediums from their office, home and into the palm of their hand. With Windows 10 the experience is even more seamless and personalized as ever as the familiarity from handheld to the PC domain makes it for a user-friendly experience. The Win JR LTE features an upgraded display performance from its predecessor with a vivid 4.5″ display and IPS technology, including an upgrade to 1GB RAM for the international variant. Dual camera support with a main 5.0 mega pixel autofocus camera with LED Flash on the rear, as well as a front facing camera for Skype video calls and selfies. Details are in the design, with a beautiful cross hatched pattern along the color matched metal finishing on the side keys ensures a continuous and streamline design. The finishing touch is a round curve design that provides maximum handheld comfort and a compact appearance. You can read more about the device here: http://www.bluproducts.com/index.php/win-jr-lte Continuing with the premium design and attention to detail of its predecessor, the Win HD LTE features metal finishing, state of the art soft touch feel, and precision cross-hatched patterns on the side keys, to ensure that you will enjoy your smartphone from top to bottom. You also have thin 2.5mm bezels that accentuate the vivid 5.0″ HD display. In the display, you will also find BLU NexLens Technology (OGS + Full Lamination) to make the device thinner and the picture marvelously brighter. Special consideration was placed on the Win HD LTE 8.0 Mega Pixel Camera to ensure an incredible user experience and performance for amazing photos.