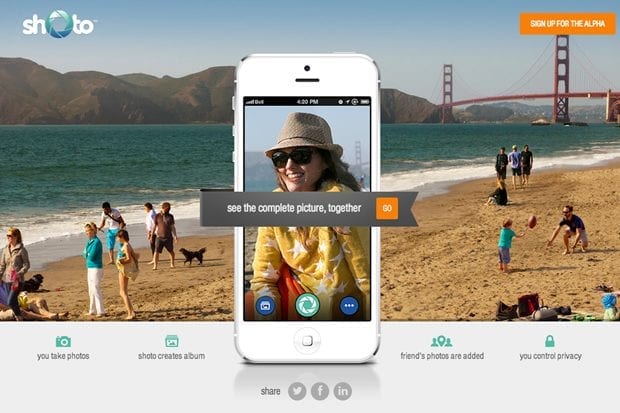 Shoto, Inc. today announced the availability of Shoto, the app that makes getting the photos of your friends taken at various occasions with ease. Shoto is the easiest way to pool and share photos with friends. Shoto tells you how many photos were taken with friends or family members from times spent together and easily lets users share photos and create private or public albums. Photos from big events, such as holidays and weddings, and the special moments captured in everyday life, are neatly organized into beautiful albums on your mobile phone. The app makes sharing photos more intuitive than your native album app. Shoto is available on the App Store and Google Play in over 120 different countries with local language support in Hindi, in addition to Spanish, French and Mandarin.

Shoto has also announced that the company is being launched from the funding of $1.5M from investors Real Ventures and Kunal Nayyar (The Big Bang Theory). The funding will be used to boost Shoto’s product development and go-to-market strategy.

“We’ve understood through the journey of building Shoto that it’s those precious ‘in between’ moments in life that often go unshared,” said CEO and Co-Founder Sachin Dev Duggal. He continued, “The magic of using Shoto is that it makes it convenient for all of those special moments, big and small, to be organized into meaningful collections just the way a user would naturally see and remember them.” 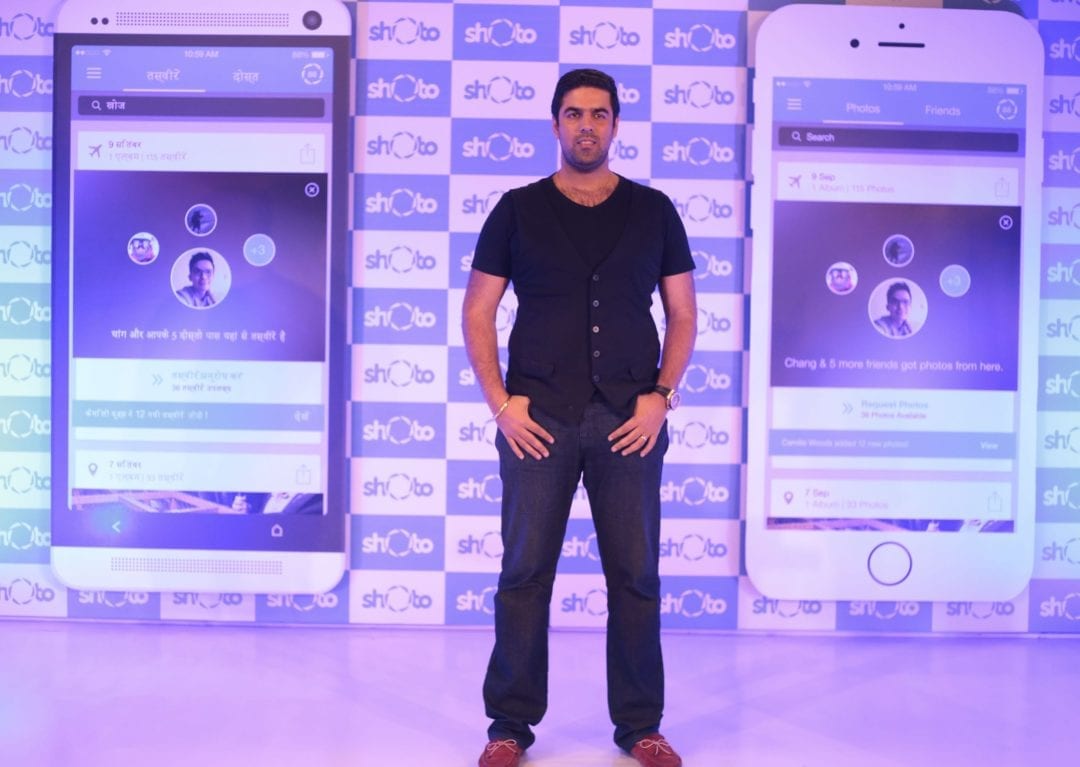 Shoto worked closely with Mark Rolston of argodesign, as its Chief Creative Officer, on the new interface. “We’ve enjoyed working with the Shoto team to redefine what it means to share photos,” said Rolston. “Before Shoto we had to use multiple apps to exchange photos, and manually organize pictures from an event. Shoto is designed to make sharing and organizing photos as easy as taking the photo itself. The app works in the background so you can focus on enjoying the moment. And afterward, Shoto helps you publish your album as a beautiful story, complete with titles, maps, and comments from friends.”

Shoto is also a proud partner of the United Nations Foundation. The partnership kicked off with Shoto creating an album for users to populate around the 70th anniversary celebration in San Francisco on June 26, 2015. To see the photo album that Shoto created from the event, visit www.shoto.com/unf. 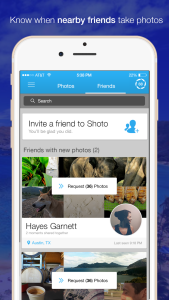 UI: A sleek interface that beautifully displays photos and albums, Shoto’s one click design feature allows users to easily add friends and control what is shared at any time by each user.

Shoto Events: This feature offers a new way to see all the pictures taken at a party, wedding, or family gathering. Users enter their event information (either before or after the event) with their hashtag of choice. Shoto recognizes which photos were taken at that event and prompts the user to submit as many as they’d like. In addition, Shoto also pools together all the photos posted on Twitter and Instagram using the selected hashtag, eliminating the need to search across different social media platforms. Everyone’s photos are pooled together in one album for easy viewing and can be accessed either on mobile or desktop.

iOS 9 Compatible: Shoto is already optimized to take advantage of the latest features offered on iOS9. For example, Shoto has integrated searching for places, photos, and people into the iOS universal search so that a user can jump straight to a particular photo or friend. Using Apple Maps, Shoto shows users where they took their photos on a particular occasion.

Additional features: Seamless and instant photo sharing amongst all event attendees thereby avoiding spam photos. Private view of all the event pictures with option of choosing the person the photo has to be shared with.         Allows the user to edit photos instantly with our integrated photo editor. Create hilarious memes while adding photo effects like filters to enhance your photo and crop photos to any size using the photo crop tool

What does the investor Kunal Nayyar (Rajesh Koothrappali from Big Bang Theory) has to say about it?

“There are many photos I share publicly and some that I don’t. Shoto is the easiest way for me to share photos privately with my friends and family. The app that Sachin and the team has built is an extraordinary photo-sharing experience”, said actor and investor Kunal Nayyar. He added, “I chose to invest in Shoto because of the incredible team and solid product that I love using. For me, it was a no-brainer.”