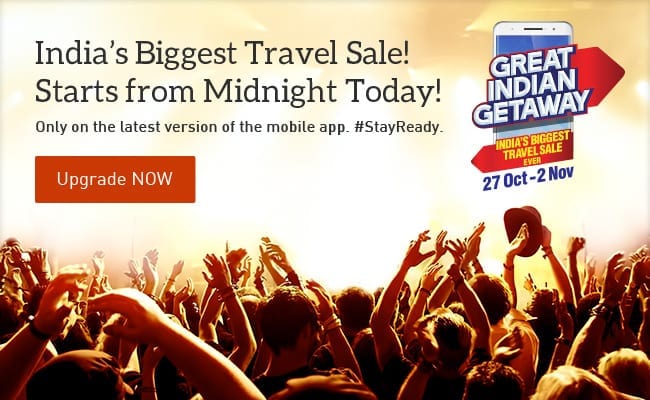 The Indian e-commerce industry is growing at a fast pace with the biggest surge coming from the mobile platform and the same goes for the online travel segment. We at MakeMyTrip, recently concluded The Great Indian Getaway, India’s first ever and biggest app only travel sale. This was held from 27th Oct – 02nd Nov 2015 and you would be pleased to know that the company witnessed a phenomenal response from users across the country towards this sale.

Highlights of The Great Indian Getaway

Further, we observed some very interesting trends with regards to consumer behavior during the sale period.

During TGIG, average visitor traffic was almost twice the average traffic prior to the event with peak hour traffic surging by almost five times. Mobile apps drove almost 90% of the company’s hotel booking business and more than 50% of its flight bookings business during the week-long promotional event. Prior to the sale, mobile contributed to about 50% of hotel bookings and about 30% of flights-bookings.