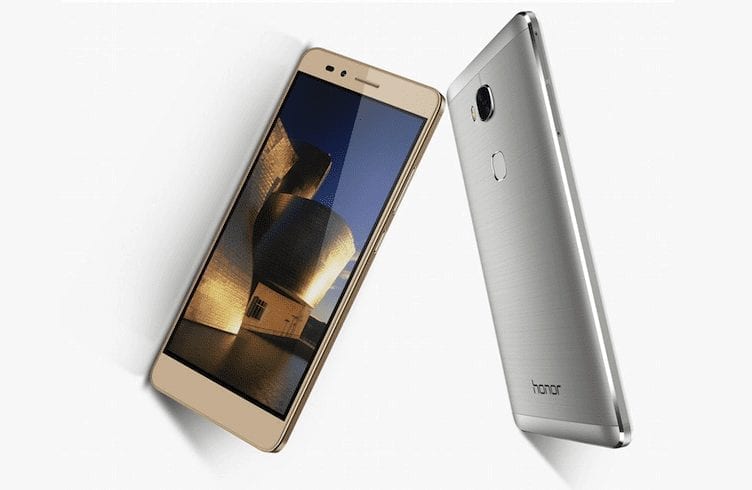 Huawei’s Honor is having a great run in Global Smartphone Market. Carrying on the success of Honor 4X and Holly, the company has launched 2 new smartphones for the Indian Market. The newly launched Devices are Honor 5x and Honor Holly 2 plus. They are priced at Rs.12,999/- and Rs.8,499/- respectively.

Both these devices will be available Through Flipkart and Amazon. Honor 5X is available for pre-order and the sales will start from 1st Feb, while the Holly 2 Plus will go on sale from 15th Feb.

Honor 5x was launched in China around October 2015 and later in the US market this Jan during CES 2016. The device comes with a Dual sim (micro+nano) 4G sim slot supporting 4G bands in India. 5X comes with a 5.5” Full HD Display with 401ppi. It’s powered by Snapdragon 616 octa-core chipset and coupled with the Adreno 305 GPU.

The Flash storage on Honor 5X is 16GB which can be further expanded via a MicroSD card Upto 128GB.It has 2GB RAM.

On the front, the 5X gets a 5MP Front Facing Camera with 88 degree wide angle lens for better selfies.

The second device launched by Honor is Holly 2 Plus – a Dual sim 4G smartphone that packs a 4000mAh battery.

It comes with 2GB of RAM and 16GB Flash storage with MicroSD card support upto 128GB. Honor Holly 2 Plus gets a 13MP rear camera and a 5MP front facing camera. It’s priced at Rs.8,499.

Both the smartphone’s come with a 15 months warranty and 1 Month free screen replacement. Users can also avail the warranty even if the device is rooted.