Gujarat Lions owned by one of India’s leading mobile manufacturer- Intex Technologies, today unveiled its official jersey for the upcoming season 9 of IPL. Following the recent announcements of its official name and finalization of the team at the 6th February auctions, the team is now all set to start the season with a bang. The Gujarat Lions official jersey was unveiled in the presence of the owner of the team Mr. Keshav Bansal and ace player and captain Suresh Raina. 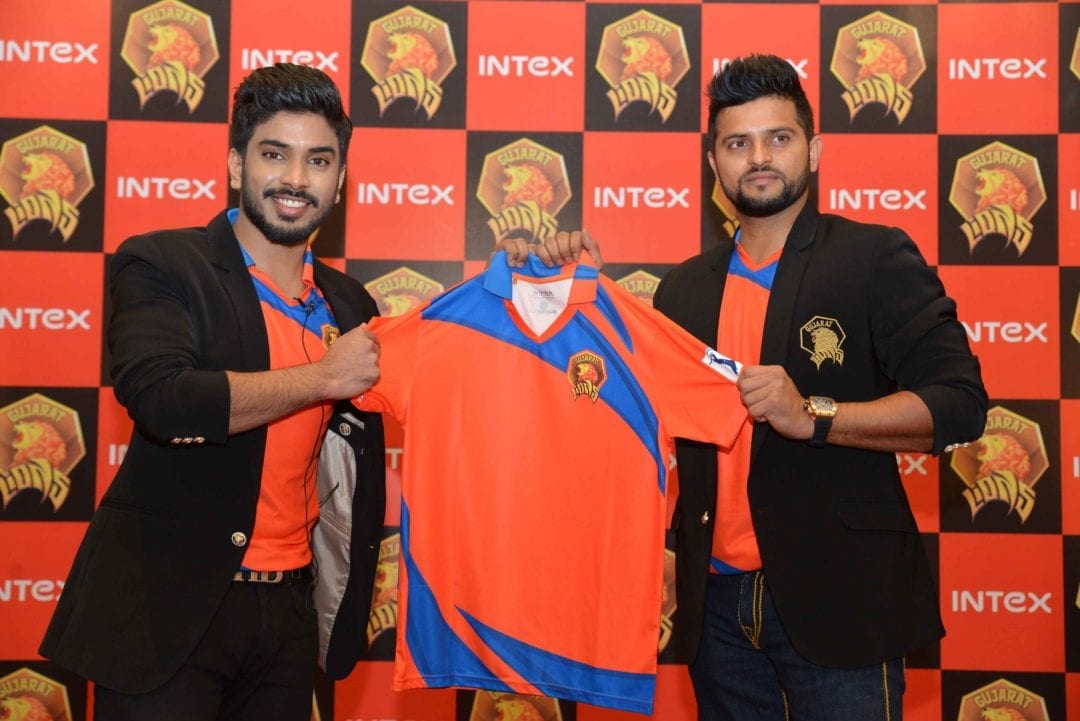 “As the season comes closer, we are very enthusiastic and raring to go. Our aim is to be known as a team with a positive attitude and sportsmanship, and the jersey colors are a true reflection of that positive and daring spirit.” said Mr. Keshav Bansal, Owner, Gujarat Lions and Director Intex Technologies.

The jersey colours of orange and blue, reflect not just the team’s talent, vibrancy and vigour but also the state that it represents; Gujarat. The same ethos is also reflected in the team’s logo colours that represent richness, pride, energy and prosperity.

As the newest entrant in the league, the team is fully prepped to perform and showcase its best talent under the guidance of Captain Suresh Raina and its coach Brad Hodge.