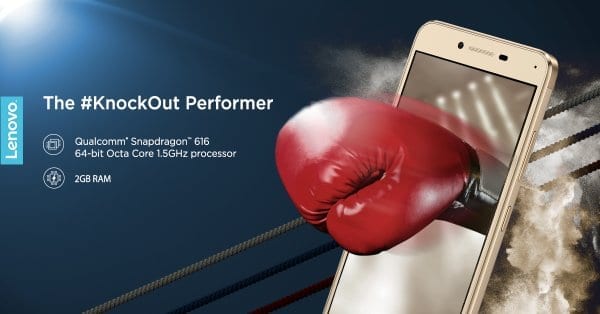 Not so long ago, on Jan 5th, 2016 Lenovo had announced Vibe K4 Note and within a short span they have added Vibe K5 plus to their Vibe series in Indian market. The Vibe K5 plus was launched along with Vibe K5 at MWC 2016 and India will be first country to get Vibe K5 plus. The Vibe K5 plus is definitely not a successor to K4 note, instead this will be successor to Lenovo A6000 plus and is also priced around that price only. It is priced at 8,499 and will be available via Flipkart in open sale (Thankfully there are no Flash sales). Coming to the specs K5 plus has a 5″ 1080p display and is powered by an Octa core  snapdragon 616 processor clocked at 1.5Ghz coupled with Adreno 405 GPU. It comes with 2GB RAM and 16GB Flash storage which can be expandable via sd card upto 32GB. On camera front K5 plus comes with 13MP rear shooter and 5MP front camera. To keep all tasks running it comes with removable 2750mAh battery. It is running on Lollipop on top of  Vibe UI skin. The devices also comes with Dolby Atmos Dual speaker, 4G, Dual sim and  also it supports Theatermax technology which is found on K4 note, so you can get Ant VR and enojoy it. The device will be available in Platinum Silver, Champagne Gold and Graphite Gray colors. So, what do you think of pricing?, and do you feel it should have a Fingerprint scanner which is norm theres days??. Let us know in comment section below. Stay tuned for more updates. Follow us on Twitter for all updates Theunbiasedblog.