The Unbiased Blog
Home News Tech What is an Android Launcher? Here is why the CM Launcher 3D... 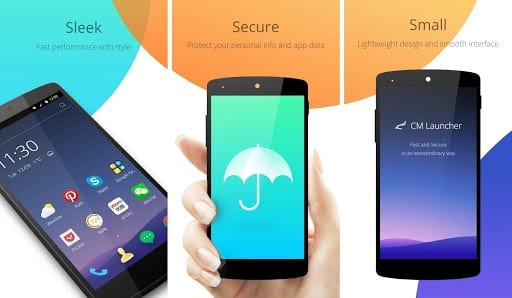 Ask any iPhone or iPad user what they envy the most about their Android counterpart, the answer would be the level of customizations you can do with an Android device. Talking about customizations, the first thing that comes to a user’s mind is themes or wallpapers. But that’s a thing of the 90’s where we used to play with themes and wallpapers on our symbian devices.

With Android, we can do a lot more in terms of customization and personalization to our devices with the help of launchers. In simpler words, we can change the complete user interface – the home screen layout, transitions, wallpapers, icon sets, ringtones etc. Every Android device comes with a pre-installed launcher running on it, in most cases it is the Google launcher just like what we get in stock android devices. Almost all major smartphone makers have their own proprietary launcher/user interface – TouchWiz by Samsung; SenseUI by HTC, Amigo by Gionee etc. But trust me not everyone is happy with what comes pre-installed with devices, the user want more than what the smartphone maker has to offer.

This is when the 3rd party ‘Android Launchers’ come into picture. It’s not only for people who don’t like what they are imposed upon by smartphone makers but also people who want to things more efficiently and effectively. Now you might ask how a customization feature/app can make a user do things effectively? So here is the thing, though most launchers are for cosmetic changes but there are a few that add functionality to the UI. And one such launcher is CM launcher 3D by Cheetah Mobiles with almost 100,000,000 downloads already.

CM Launcher 3D, the world 1st launcher powered by 3D engine, is redefining android desktop! It will bring your phone lighting speed, stunning 3D animation effects, and customized operation on your phone. With smooth experience, your phone will feel like new!

CM Launcher 3D is powered by the most advanced 3D animation engine. With various graphic effects, it will subvert the traditional plat interface, and make your operation more interesting, smooth and cool.

Take no system storage, boost phone speed by 100%. You can open Apps and search things online with lighting speed. – Free themes: thousands of stylish themes, various categories. You can always find the one you like in this world biggest theme store!
– DIY themes: you can become a designer to make your own theme here, and even get your own fans!
– Animation & sound effects: integrate animation and sound effects into themes, and make your phone one of the kind!

Clean the battery-draining process automatically. By setting CM Launcher as default, you can save 30% of your battery life.

With no need to root, you can easily protect some apps from peepers by hiding them in a special folder! Automatically sort your Apps into folders and keep your desktop tidy.

So go ahead and launch your Android Smartphone into a faster and more effective smartphone by downloading CM Launcher 3D from Cheetah mobiles.  Want a glimpse of it before you download it, go try it online – http://www.cmcm.com/en-us/cm-launcher3d/?youtube