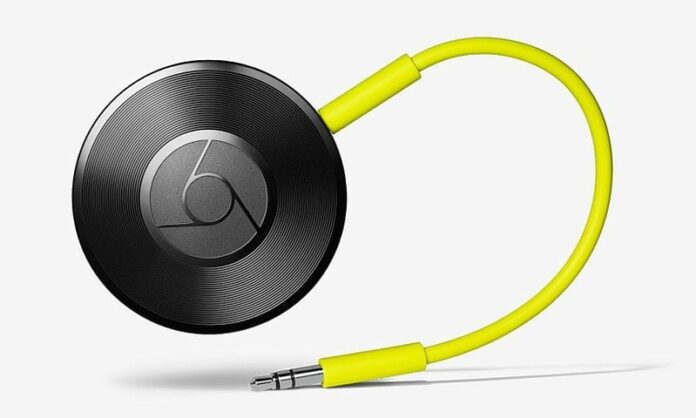 After launching new Chromecast and Chromecast Audio at Nexus 6P and Nexus 5X launch  event in September last year, Google finally launched both of them in India today at an event in New Delhi. Both the Chromecast’s are available for Rs. 3,399 and will be availlable via Flipkart, Snapdeal, Paytm online store and several other Offline store such as Chroma and Reliance.

The first gen Chromecast was launched in India about a year ago for Rs. 2,999 and its successor Chromecast 2nd gen will be available for Rs.3,399. The new Chromecast has a fresh design and is easier to plug into TVs with crowded HDMI ports. It supports the latest Wi-Fi 802.11ac (2.4GHz/5Ghz) standards and adapts more easily to changing Wi-Fi conditions in your home, so you get higher quality video with less buffering. We added two new colors so you can cast in style while watching content from your favourite entertainment apps including Netflix, Hooq, Eros Now and YouTube.

The Chromecast Audio lets you connect it to your loudspeaker’s AUX input port and cast audio from Android, iOS devices, Chromebook, Mac and Windows laptops to the speakers. You can use even any old speakers to enjoy Chromecast Audio. You just need to press the cast button in music apps to start casting.  Google said that Wynk and Saavn support Google Cast, for casting audio through Chromecast Audio. It has Wi-Fi 802.11ac (2.4GHz/5Ghz) support, similar to the Chromecast. Both these have a power button a microUSB port for charging and also come with charger in the box.

Also  the Chromecast app is  updated to make it easier for you to find great things to watch or listen to available through the Cast-enabled apps already installed on your phone. Which one of the two would you pick?, do let us know in comment section below. For latest updates follow us on twitter.