The Unbiased Blog
Home News Girls with Goals – For those who do! 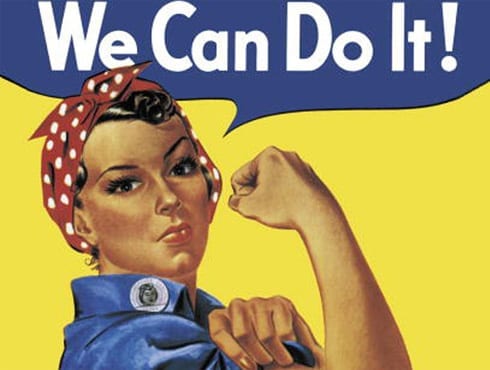 You never know how strong you are until being strong is the only choice you have! This is how most Indian girls live all their life, from being questioned about what they are doing, what they are wearing, where they are going to even what and how they are eating.

Somehow our society effortlessly burdens the honour of the nation on girls. We live in a country where women are related to goddesses and are supposed to be worshiped but still they are a victim of exploitation and honour killing. There are people killing a girl in their mother’s womb because a girl is burden according to them. I ask them how and why? If a girl is a burden then how do you explain :

Kalpana Chawla (the first woman of Indian origin in space) 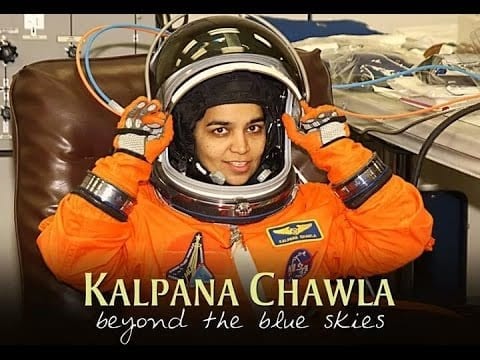 Bhakti Sharma (India’s and Asia’s first woman to swim 1.4 miles, in the Antarctic Ocean, in 52 minutes)

Mary Kom (5-time World Amateur Boxing Champion. The only women boxing champion to have gotten a medal for each of the six championships she’s participated in) 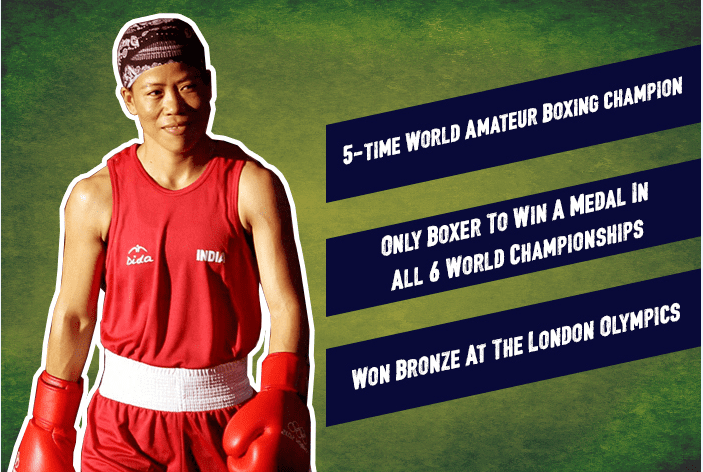 Saina Nehwal (The first Indian woman to receive a medal in the Olympics for Badminton. Also, World’s No.1 Badminton player) 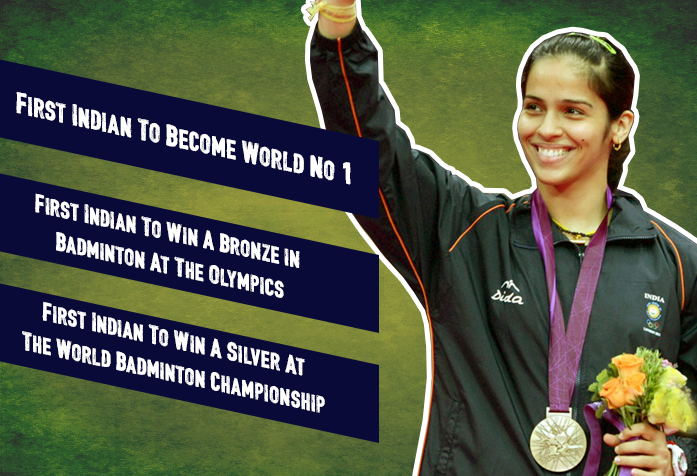 I can go and on, as there are more Indian women who have made the nation proud than the number of year’s, I’ve spent on this planet. Imagine if such icons were never born or were sacrificed in the name of burden or honour!

There is no way, I can relate to the evil mindset of people who can’t treat women above us men. Why do we talk about women equality when deep down inside we know they are way above than us? I ask this to myself in solitude, can I make sacrifices made by my mother or my wife? What we take as a ritual called motherhood or marriage, is actually life transforming phase in a women’s life. Imagine leaving everyone and everything you had for the past 20-30 years and moving into someone else’s family and accepting them as your own family. Their habits as yours, their furniture as yours and even their taste and culture as yours. That’s what a women does for you when she gets married to you. I may not thank my mother or wife everyday for what they have done for me but today say it publicly ‘Thank you for everything’.

I’m still to become a father but I honestly pray to be a proud daddy of a girl child!

In 2014, the girls from Hutup created history when they returned home as the second runners up in the under-14 Gasteiz Cup 2014 in Spain and surprised everyone with their victory. This year, Lenovo in partnership with YUWA has launched the Girls with Goals campaign to call upon the people of India to be part of the inspirational journey of the YUWA team for the Donosti Cup. The ‘Girls with Goals’ campaign chronicles the girls’ unusual and inspiring journey from Hutup to Spain, through a series of long format videos on Facebook and YouTube. One of the primary objectives of this digital-led campaign is to raise funds for the girls to realize their dream of building a school in Hutup. Through this campaign Lenovo will connect the YUWA team with their fans and community at large via real time engagement on new media platforms such as Twitter, Instagram, Snapchat and Periscope.

Last year Lenovo led the ‘Pitch To Her’ campaign, where they called the brightest minds of the country to pitch for the Lenovo – YUWA internship. The mission of the campaign was to empower team YUWA with technological knowledge that will propel them towards a smarter, better world. As a part of the campaign, the girls created a Wikipedia page on Hutup and also learned to code from one of the winners. Lenovo has been associated with YUWA for three years now, upping the game to empower YUWA girls from Hutup each time.

Lenovo also roped in Bollywood superstar Ranbir Kapoor and ace footballer Sunil Chhetri to urge the community to contribute. The initiative garnered massive eyeballs on Twitter and other social platforms and a total of 400 videos have been submitted so far. 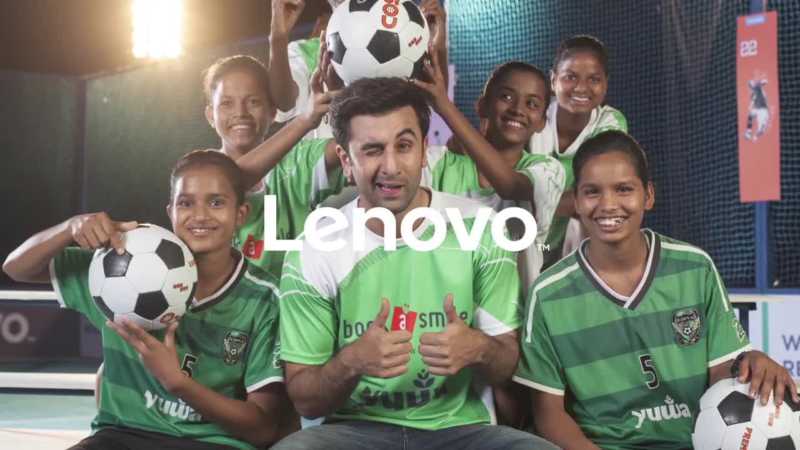 Now that the community has come together to raise awareness about the YUWA girls, it is time to raise funds on ground for the school. Lenovo is running a long-term fundraising campaign on Ketto. Inspired by the YUWA story, the campaign is seeing independent third parties and individuals join the effort with their own Ketto pages. Together, they have garnered 42 backers and counting for the fundraising initiative. The coming days will see Lenovo invite women corporate leaders and industry stalwarts to contribute to the cause through personalized messages and a printed storybook highlighting YUWA’s work in social development.

You too can contribute to raise funds by heading to https://girlswithgoals.ketto.org/lenovo 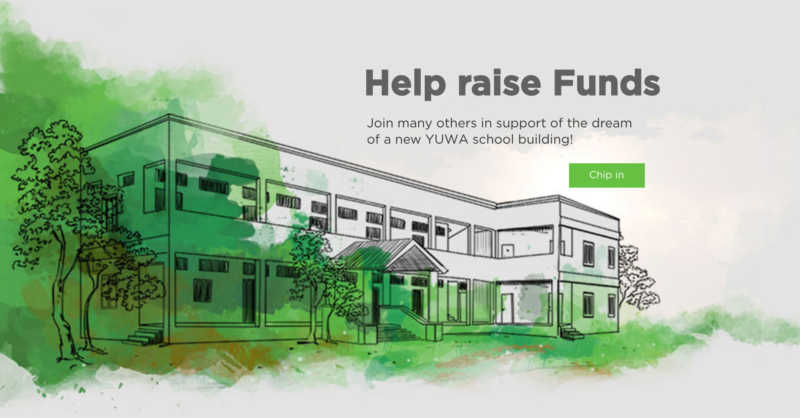 Speaking about the campaign, Bhaskar Choudhuri, Director – Marketing, Lenovo India said, “The YUWA girls truly embody thespirit of the Lenovo brand of relentlessly moving forward, undaunted by failure. Our partnership with YUWA goes beyond the successful awareness campaign. We are aiming for sustainable, on-ground impact and we are urging the business community to come together and root for the YUWA School. Engaging business leaders is the natural next step – and we strongly believe that the awareness campaign has set us up for success on that front too. I attribute our own enthusiasm to the invincible spirit of the YUWA team that just returned from Spain. Onward and upwards!”

Franz Gastler, the founder and brains behind YUWA’s inspiring work, said “Sports is a great tool for awareness and empowerment but we can’t lose sight of fundamentals like education. Involved partnerships like the one we have with Lenovo ensure that we go beyond what grabs eyeballs, to make real impact. I thank them for their partnership.”

I’ve been supporting #KickForABrick on twitter and other social media platforms, hence I urge you all to do the same!

FOR THOSE WHO DO! It’s time to #KickForABrick. Every kick adds a brick to the YUWA girls’ new school! @NehaChawla_pic.twitter.com/JgcOv44nL4

Lastly, I’d like to remind each one of you that if there weren’t women – you wouldn’t have been here. As simple as it can be! So respect them for your existence 🙂