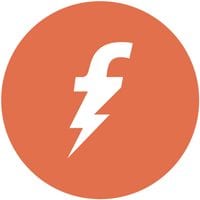 Cortana works by using the ‘Favorites’ feature in the app. It recognizes the name that users set in Favorites and enables a transaction for those favorites without even opening the Freecharge app. The user needs to follow a simple step of typing or speaking to Cortana stating the below:

Consumers can download the Freecharge app from the Windows store and experience an adaptive layout coupled with a great user interface on screens of all sizes including tablets, laptops, and desktops. Currently the feature is available on tablets, desktops and laptops only. The Cortana integration will be available on mobile devices later this month. Cortana integration will be available for all users using universal windows app version 10.0 and beyond.

Commenting on the announcement, Govind Rajan, CEO, Freecharge, said, “We are excited to be the first in the industry to enable payments using voice command. Cortana integration will encourage Freecharge users to keep sufficient money in their wallet consistently. With this launch, we have further made daily mundane transactions seamless and fun for consumers. Today, there isn’t a more convenient and effortless way to recharge or make bill payments than Cortana. With this technological innovation, we hope to see more consumers adopting the Freecharge wallet to make their daily payments instead of opting for the traditional routes.”

With every new product, Freecharge is creating new industry benchmarks making Freecharge wallet ubiquitous in consumers’ daily lives and moving closer to achieving its vision of being the digital payments OS in India.

Which online payment platfrom do you use regularly use? Will these features come in handy? Do let us know in the comments section below. Follow us on Twitter for more updates.