Samsung Pay to launch in India on 22nd March. What is it and why it matters? 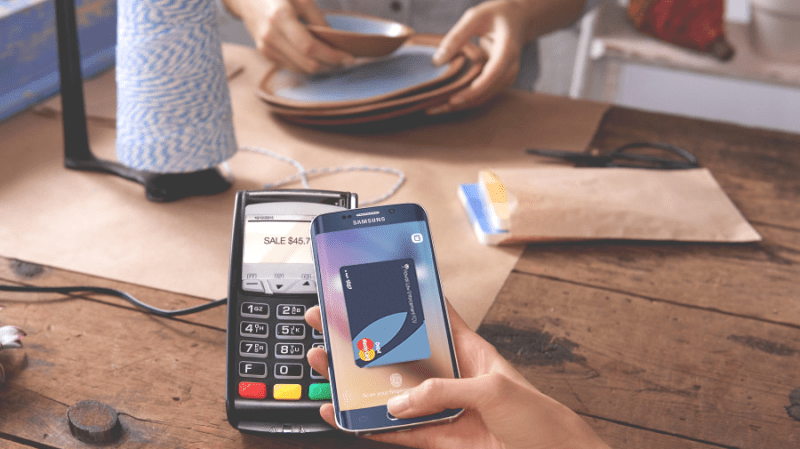 With de-monetisation, we saw an unprecedented growth of mobile wallets and cashless payments in India. In the last few months, most of us have started using mobile wallets like PayTM for almost everything from buying bread to buying flight tickets.

While all of this was happening, India’s number one mobile service provider launched its own online bank – Airtel Payments Bank. Big players like VISA also pushed their mVisa service to facilitate mobile payments for VISA card holders.

In the past 6 months, we have seen the likes of Reliance Jio Money, Vodafone mPesa, MobiKwik, Freecharge, etc. churn out exclusive offers and rewards to users. But all these services are 3rd party apps that you have to install on your smart device.

On the other hand, smartphone users across the globe enjoy e-payment option that comes as an embedded service with their device. It started with Android Pay and Apple Pay, followed by Samsung Pay. As the names are indicative which service comes with which smartphone or operating system we won’t divulge into details.

Samsung Pay – What is it?

Though we still have to wait for Android or Apple Pay to launch in India, Samsung launched Early Access programme in India earlier this month. The advantage that Samsung Pay has over existing mobile wallets in India is that it works both with MST (Magnetic Secure Transmission) and NFC. But, just because it’s called Samsung Pay it doesn’t necessarily work with all Samsung mobile device.

At present Samsung has tied up with Axis Bank, HDFC Bank, ICICI Bank, SBI, and Standard Chartered. Samsung Pay also works with PayTM mobile wallet. Being a Standard Chartered user, I received this email from them last week –

Welcome to an easier, faster and more secure way of paying. Simply download the Samsung Pay app and add your Standard Chartered cards by scanning your physical card, manually inputting your card information into Samsung Pay.

And the following Pre-launch offer –

First 500 Standard Chartered credit or debit card transactions via Samsung Pay will get 500 cash back.

Samsung Pay can be used at any store with a POS machine, card reader, or an NFC reader. For making a payment, the user simply has to open the Samsung Pay app on his compatible phone, select the card, authenticate via fingerprint or PIN, and then place it near one of the machines to complete the transaction. In case prompted for a PIN, users may be required to input 4-digit card PIN.

So, what do you think about Samsung Pay? Will you start using it if you have a compatible Samsung device? We surely think that Samsung Pay has a lot of advantages over the current method of mobile wallets. It’s seamless and secure!

One thought on “Samsung Pay to launch in India on 22nd March. What is it and why it matters?”