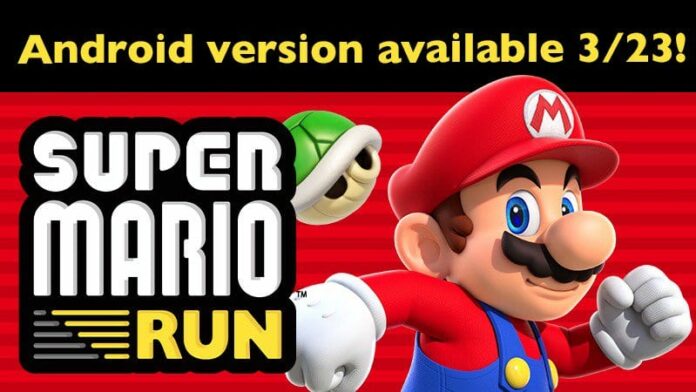 One of the much awaited Mobile game of the year, Nintendo’s  Super Mario Run is finally coming to Android next week, it was made showcased for iOS last year around the time of iPhone 7 announcement. iOS game was launched in Apple store in December 2016.

Another game from Nintendo was available for Android users first, the Fire Emblem Heroes is available in Google Play Store for sometimes now. The wait for the Super Mario Run game is almost coming to the end, today Nintendo’s official Twitter account tweeted that the Android version of #SuperMarioRun will be available on 3/23. The app will be directly released with version number 2.0.

Android version of #SuperMarioRun will be available on 3/23 with the Ver.2.0.0 update! Pre-register now: https://t.co/dAxzTlppnG pic.twitter.com/nQ0T4znOBt

The same game on the iOS had reached over 40 Million downloads from the Apple store in 4 days of its release. The app is expected to come with Free up to level 3 as seen on the iOS and then we might require to pay a one-time purchase of $10. The Super Mario Run is an Auto-Runner game similar to what we have seen like Temple Run and Subway Surfers,  Players can make Mario jump with a single tap, though there are surprisingly complex mechanics underneath the one-touch setup. The 2D stages with 3D graphics will be familiar to long-time fans of the Mario series.

If you want to be notified when the App is available for download on your device you will have to pre-register for that on the play store, head to this link and pre-register. How excited are you about this news? drop a comment and let us know, Follow us on twitter for more news and updates.