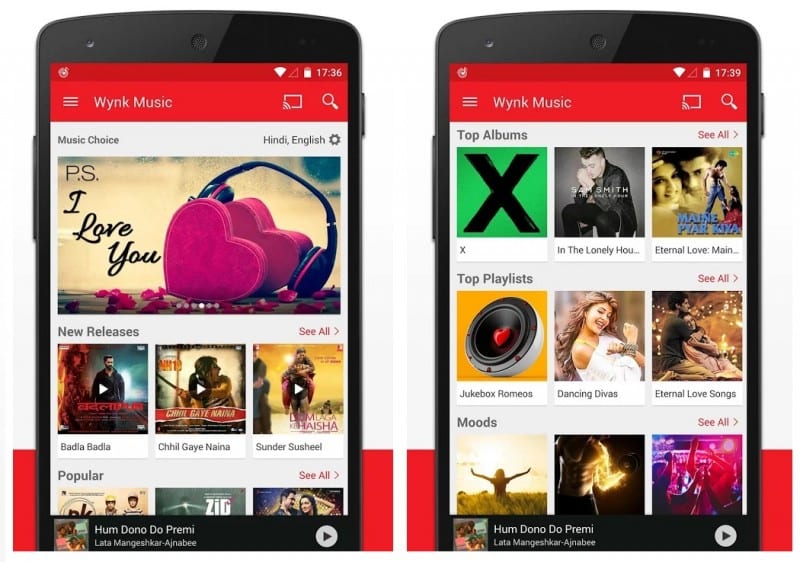 Wynk Music App from Airtel today said that it has crossed the 50 million app installs mark. Wynk music now plays approximately one billion songs per month. The app has seen a number of daily songs streamed grow by 200% over the last one year and its users are spending more average daily time on the app.

As per App Annie data, Wynk now has the highest number of active daily users in its category. It also has the largest* share of category time amongst all music streaming apps in India. The average daily time spent on the app by users has grown by 25% over last year, making Wynk one of the most active mobile apps in India across all categories.

Wynk is amongst the most downloaded music streaming apps in India with close to 100,000 daily installs. 45% of the overall Wynk users are non-Airtel customers, making it one of the largest carrier agnostic platforms from a telco globally. In addition, Wynk’s design features that help users save up to 70% data and deliver a seamless music experience across all network technologies have added to the app’s popularity.

Bollywood music is still the most popular category for Wynk users, making up 54% of overall songs plays. English music has grown to 26% and Regional music makes up for the remaining share. Along with a deeper regional music focus, Wynk recently added the entire repertoire of most in-demand international artists- Metallica & Taylor Swift.

Kartik Sheth, CEO – Wynk said, “This milestone is a testament to the love we get from our users and we want to thank them for their support in making this exciting journey possible. We remain obsessed with delivering the best experience to our users and will continue to bring more in-app innovations and make significant investments to raise the bar further. Also, at Wynk we are very proud to have contributed to the cause of curbing piracy by bringing music to users in a convenient and affordable manner.”