Moto Z2 Play and the new Moto Mods were launched in Brazil yesterday. While Lenovo revealed its plans to roll the phone out globally later in June, we have got to know that the phone will be announced in India on the 8th of June. Making India the second market after South America to get the device. It’s great to see Lenovo playing on its strength and launching it in India, it’s most important market for smartphones.

Last year around the same time the first generation of Moto Z and Z Play were announced at Lenovo Tech World 2016 in San Francisco, USA. We were present at the event and witnessed the launch of the Moto Z series, the Lenovo Phab 2 Pro with AR demos.

After LG pulling out of Modular smartphone race, Lenovo Moto Z series remains to be the only successful modular smartphone series in the world. And, the new Moto Z2 Play is a testament to that success and what the future holds for us.

So, let’s find out what has changed between the two generations of Moto Z Play. The best thing about owning the Moto Z/Moto Z Play is the fact that you would not feel obsolete so easily. I own the Moto Z and I know for a fact that the new generation will be identical to accommodate the existing and new Moto Mods. Now that’s a privilege in the world of technology. If one needs that extra power or specs bump with minute design changes over the previous generation then should simply grab it.

The Moto Z2 Play is a mid-range model and comes with a Qualcomm Snapdragon 626 SoC. It has a 5.5″ IPS LCD  with a 1080p FHD resolution. Thier are two models options to choose from – 32GB or 64GB storage and 3GB or 4GB of RAM respectively. Users can also expand the storage using microSD cards. Standard connectivity includes 4G LTE, 3.5mm audio, Bluetooth 4.2, Wi-Fi, A-GPS/GLONASS, NFC, and Type-C USB. 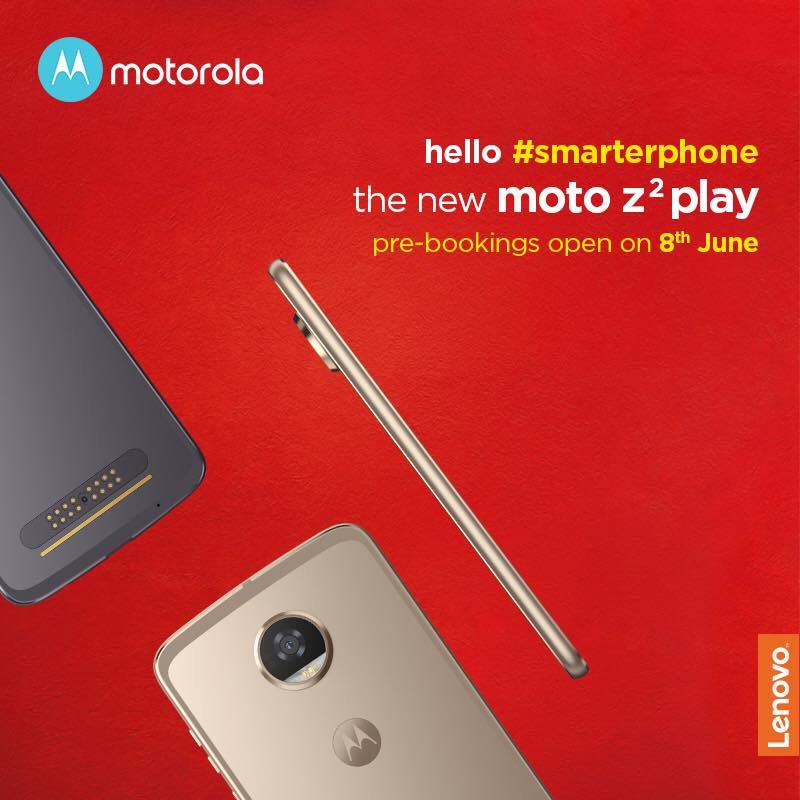 Notably, there are two major changes in the device from its predecessor – the Camera and the Home Button (Finger Print Sensor) on the front. Users now get the 12MP primary camera with and f/1.7 aperture and dual-pixel phase detection autofocus. It also supports 4K video recording. It is the same camera Samsung uses in its flagship smartphones. The front-facing secondary is 5MP wide-angle setup with a f/2.2 aperture.

Next, the Home button is now more round and has added functionality.

The battery has come down from 3,510mAh to 3,000mAh. We suspect it is because the device is 1mm thinner now than the previous gen of Moto Z Play.

All the Moto Mods that launched last year will work with the Moto Z2 Play.

The new additions include the Moto Gamepad, which was announced at IFA Berlin 2017. The controller add-on features a D-Pad and dual-analog sticks, as well as a 1,035mAh battery boost.

There’s also a new set of four Moto Mod Style Covers to change the look of the phone and these new ones add wireless charging support for Qi and PMA charging.

I currently own a Moto Mod Style Cover and the Hasselblad TrueZoom Moto Mod.

Fueling​ before the flight!

Here are some of the pictures I captured with it. To keep the quality intact, these were uploaded to Flickr.

It will be interesting to see what the company will offer on June 8th apart from the smartphone. Stay tuned for news and updates. Follow us on Twitter, Instagram and Facebook – @theunbiasedblog on all platforms.