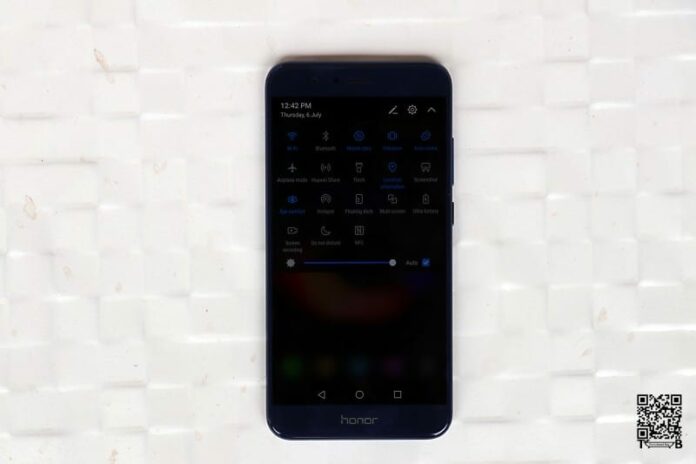 OnePlus’s flagship OnePlus 5 was announced almost a month ago and is now selling pretty well all over the globe including India. Another Chinese smartphone maker Honor had also recently launched their Honor 8 Pro in India and it will go on sale starting today evening at 6 PM. So, if you are wondering how the newly launched Honor 8 Pro compares to the OnePlus 5. We have got 5 reasons to pick the new Honor 8 Pro against the OnePlus 5. So let’s get started – Honor had a Full HD display on the previous gen smartphone(Honor 8) and OnePlus also had the same resolution on its OnePlus 3/3T. But, this time around Honor has moved up to Quad HD (2K) display and also upgraded the display to 5.7-inch. The VR experience will be more enjoyable on Honor 8 Pro because of the 2K display and you will get more immersive VR experience. Honor 8 Pro also comes with a free VR headset in the box. The rear camera is what both the company are promoting a lot. Both the smartphone come with a Dual camera set up on the rear, OnePlus comes with 16MP main Sony IMX 398 sensor with an aperture of f/1.7 and 20MP telephoto lens with an aperture of f/2.6. Honor, on the other hand, comes with 12MP (Monochrome) + 12MP (RGB) Dual rear cameras, dual-tone LED flash, f/2.2 aperture. Both the smartphones lack OIS and both support 4K video recording. We have been using both the smartphones for quite some time and Honor 8 Pro is turning out to be our pick among the both. OnePlus 5 camera is very good, but when it comes down to head to head battle between both, Honor 8 Pro is the winner. OnePlus still needs to work on their camera software. Honor 8 Pro has got a 4000mAh battery and the OnePlus 5 comes with a 3300mAh battery, OnePlus comes with 5V/4A charger and it charges from 0-100 in less that 90mins. Honor 8 Pro is packed with 9V/2A charger and charges from 0-100 under 2 hours. OnePlus’s Dash charge is definitely ahead of Honor’s fast charge technology here. But when it comes to the battery life OnePlus will take you through a day with one single charge in the morning with Moderate to heavy usage and Honor can deliver more than a day of usage with a single charge, up to 2 days with Moderate usage and at least a day and a half with heavy usage. So, in battery life Honor 8 Pro is on top compared to OnePlus 5. Honor 8 Pro comes with a couple of features like expandable storage via MicroSD card slot and IR Blaster that are missing on the OnePlus 5. Even though these two features are not a deal breaker, they really add to worth for this price.

These 5 features make Honor 8 Pro slightly better than the OnePlus 5. Let us know your thoughts in the comments section below. Follow us on Twitter for more news and updates.