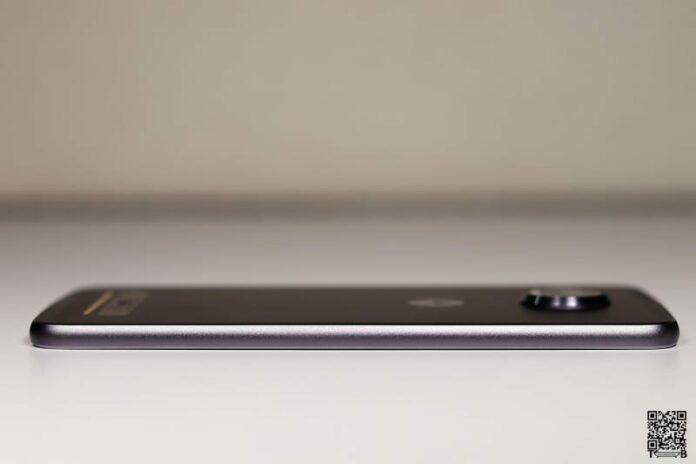 Last year at Lenovo Tech World in San Francisco, California. Lenovo showcased a lot of devices, all futuristic! Some of these devices were made available to the public and some were still prototypes. The common factor for all these devices was the fact that they were all way ahead of their times. Here are some of the devices that were launched/showcased –

After exactly a year, it’s time for us to see how these (ahead of its time) devices did in the market. As of November last year, Lenovo had sold a million units of the Moto Z. The number might have doubled by now. You can read more about it on Android Authority – 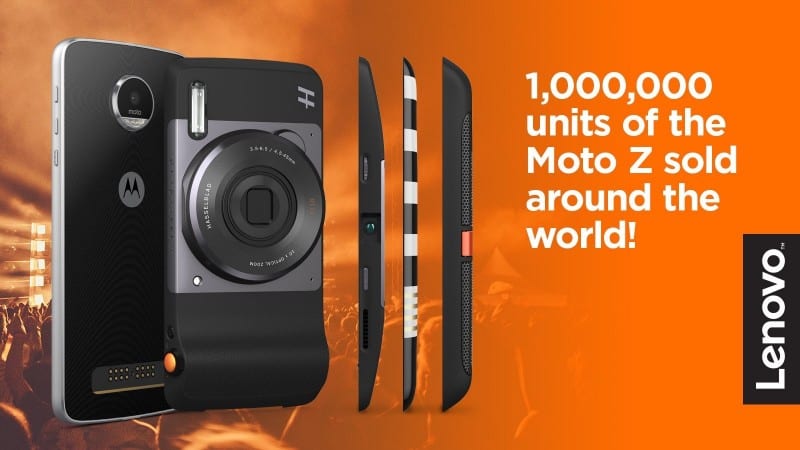 Now, let’s talk about my favourite device(All are my favourite) from last year’s Tech World – the Moto Z. Before the Moto Z was announced at the Tech World, Lenovo released an advert reminding us all of the cult Moto Razr. It wasn’t to cash on the nostalgia factor by releasing another Moto Razr but to remind us all as to how Moto Razr was ahead of its time. And from that same principle, another device called Moto (Ra)Z(r) was announced.

Since then the Moto Z series has not only become the most successful modular smartphone series but also a great hub for creators who are building MotoMods for it. I own a Moto Z and the Hasselblad TrueZoom MotoMod for it. The flagship Moto Z is not only the thinnest most premium smartphone money can buy but is also packed with the best internals. Along with the Moto Z, Lenovo also announced the Moto Z Play (Mid-range specs and price) and the Moto Z Force (Shatterproof Display) last year.

And last month, Lenovo launched an updated Moto Z called the Z2 Play in India. I was at the India launch in Goa where the device was announced and given to us for review purposes. Since then I’ve been testing the Moto Z2 Play to its limits and juggling with the MotoMods. If you are wondering what are MotoMods and how they work then here is a quirky video we made as a part of the activity during the Moto Z2 Play in India launch –

Now, let’s look at the specs of the device and move to the review part – 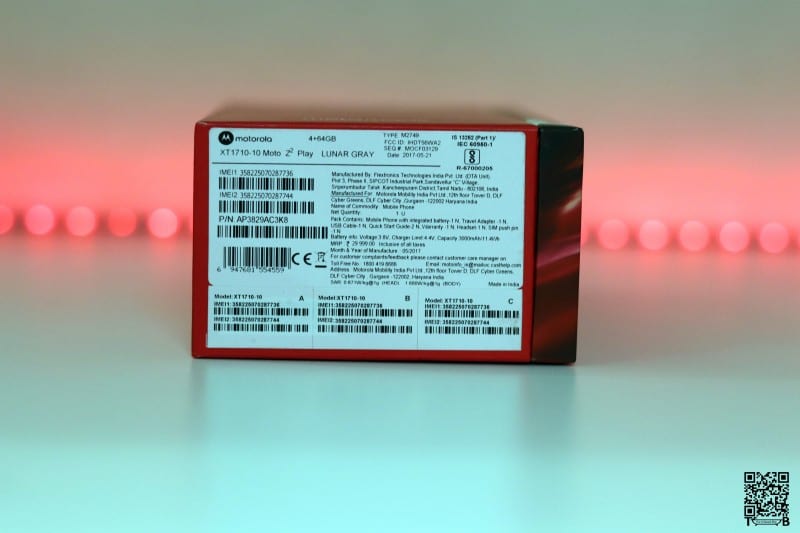 The Moto Z2 Play comes in a red coloured sliding out box. In the box, users get all the supplied accessories like Typ-C cable, Turbo Charger, In-ear handsfree etc. 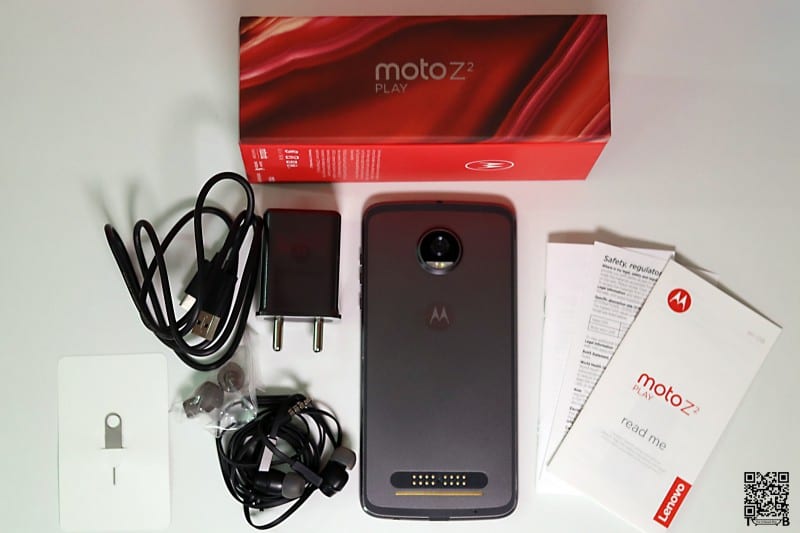 As the Moto Z2 Play is a modular smartphone that supports MotoMods, the design of the smartphone is identical to last years Moto Z Play. And the design language will remain the same even in the next generation to support MotoMods. In fact, if you had a chance to check out last year’s Moto Z and the Moto Z Play then the Moto Z2 Play is in a way a hybrid of both. It’s slimmer than its predecessor, feels less wide and has an aluminium back. 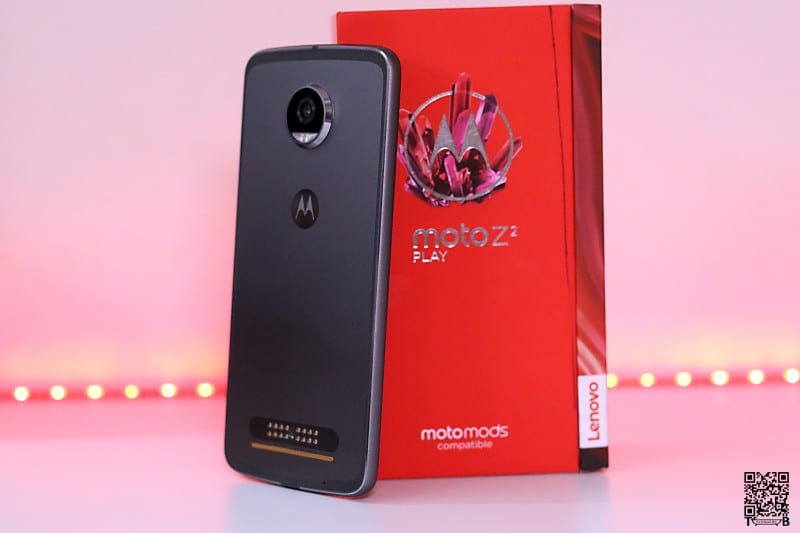 It sports a 5.5-inch 1080p AMOLED display as Snapdragon 626 can’t support higher-resolution displays. Which is perfectly fine for a mid-range device, though QuadHD displays are good to look at, they consume a lot more battery. Back to the design aspect of the device, on the front, you get the earpiece in the centre with the front (selfie) camera and flash on either side right above the display. 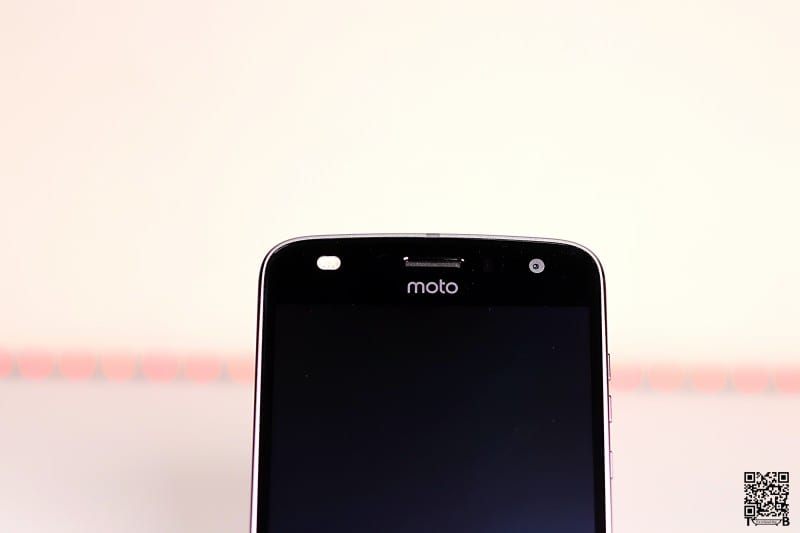 Underneath the display is a new home button embedded with a fingerprint sensor which is now rounded, and wider, making it easier to access. 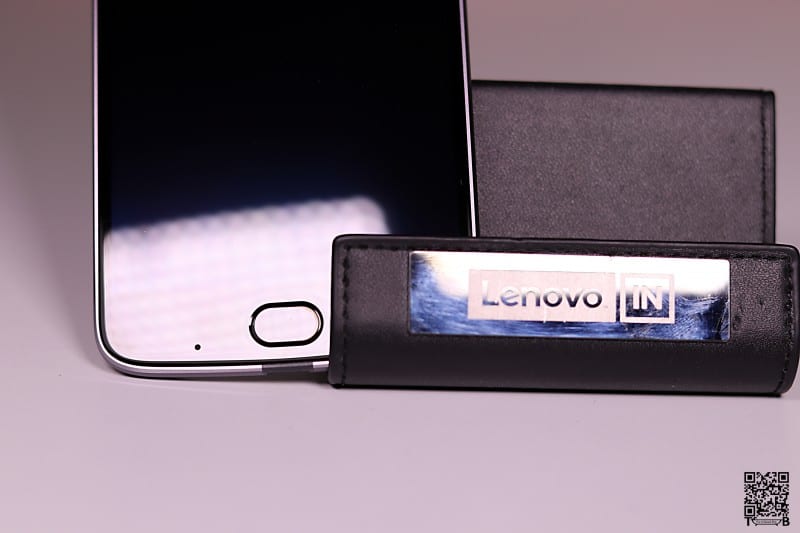 This new button also functions as a navigation pad which lets you use it as one button to manoeuvre around Android OS. In simpler words – 1. users can access open apps 2. use it as back button to go back 3. of course, use it as a Home button

That’s just one of the innovative feature of this smartphone. The MotoMods take it to another level but even if you are not using any of the Mods, the phone itself has a lot to offer.

Now to the sides, all the buttons like Volume rocker and the Power button are on the right side of the device. Thanks to the corrugated power button it’s hard to mistake it for the volume lower key. 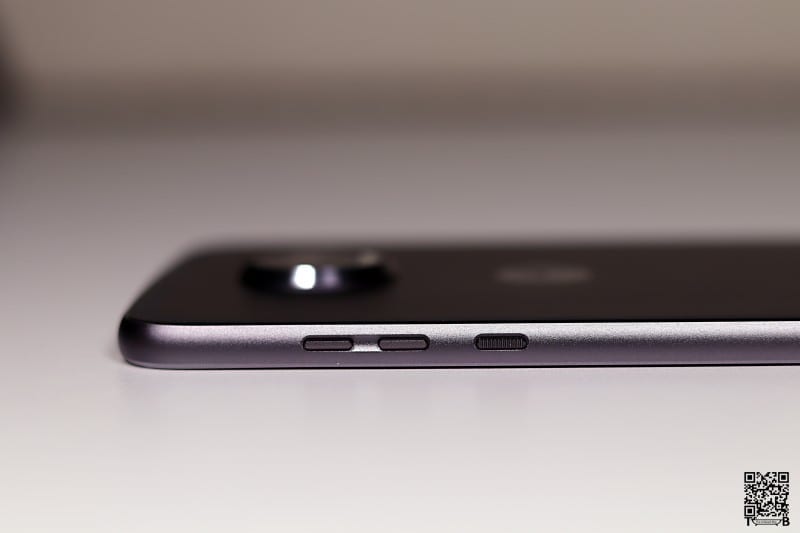 Down on the bottom, is the USB Type-C port for charging and data transfer, right next to it is the headphone jack. As the earpiece is also the front-facing speaker there is nothing next to these ports. On the top is the sim tray that also has a MicroSD card slot. 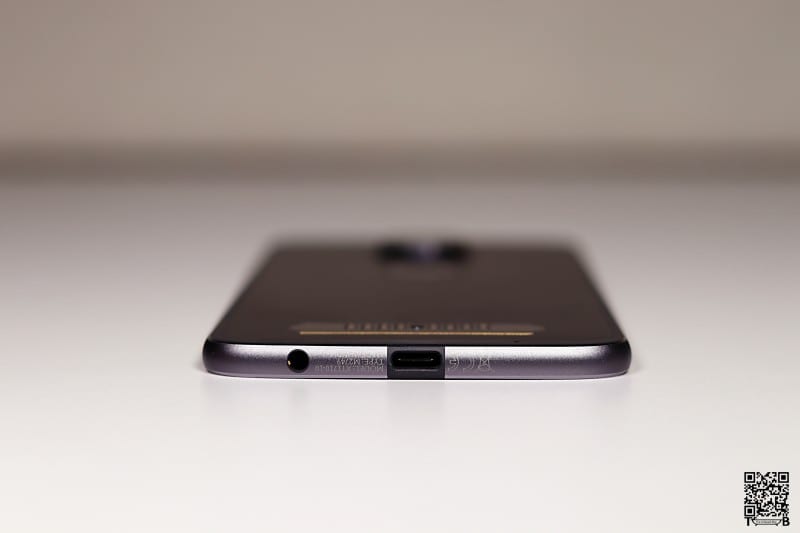 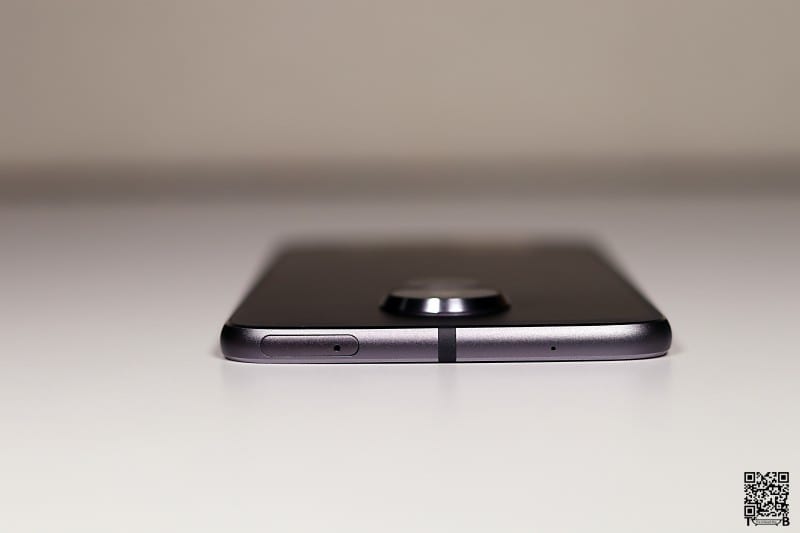 The device weighs only 145g and is less than 6mm – 76.2 x 156.2 x 5.99 mm. A whole mm lesser than the last year’s Moto Z Play. Yes, the large battery had to be sacrificed to make it thinner. It debatable whether Motorola should have retained the 3000mAh battery and kept the phone bulky or did it do the right thing by making it thinner. What do you guys think?

Finally on to the rear of the phone. Just like the front, the back is also similar to any device in the Moto Z range to allow MotoMods to work. The protruding camera module at the top and Magic POGO pin connectors down at the bottom are the contacts for MotoMods. The only difference is the choice of material from glass to metal. 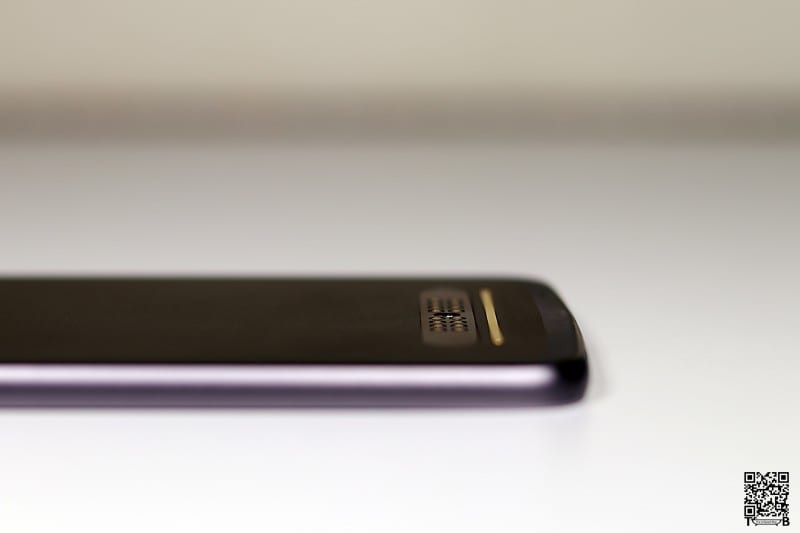 With the Z2 Play comes only in the 4GB + g4GB variant India, Internationally it’s available in 3GB+32GB variant too. A lot of smartphones are ditching the MicroSD card slot, the Moto Z2 Play not only retains it but also let users add 2 Terabytes of space. Hardware wise the Moto Z2 Play is a good contender for its competitors in the midrange and has it owns value additions.

The choice of SoC could have definitely been better but thanks to Moto’s expertise in giving the best out of any device makes it a great device to use. 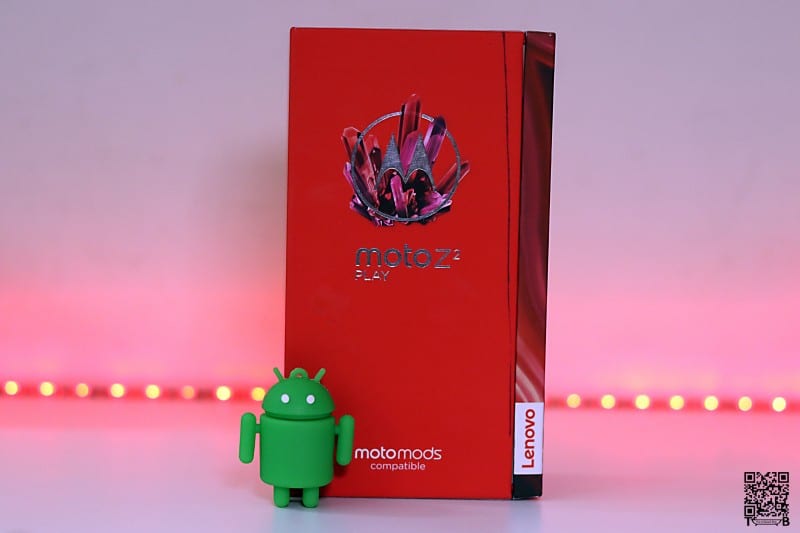 This is where Motorola does most of the magic. I personally feel that Moto tweaks over stock Android is the most clever thing any smartphone maker has done. Nifty innovations like Moto Display, Moto Actions – Gestures like Chop to switch on/off flashlight etc and the Moto Voice Suite make Moto devices the smartest of the lot. With Moto Voice, Display and Actions the device offers an experience like no other device. And is that the real differentiator? Aren’t we over the Hardware Wars where all smartphones are equally specced?

On papers, the camera may seem to the best camera in a mid-range device but sadly that’s not the case. Before I started using the device, I was expecting results closer to Samsung’s Galaxy S8 or S7 thanks to the similar camera module. But that’s not the case, the photos are just about alright. One reason for that is the Snapdragon 626 SOC which is incapable of fast high-quality image processing like the SD 821 or 835 on Samsung’s flagship devices. 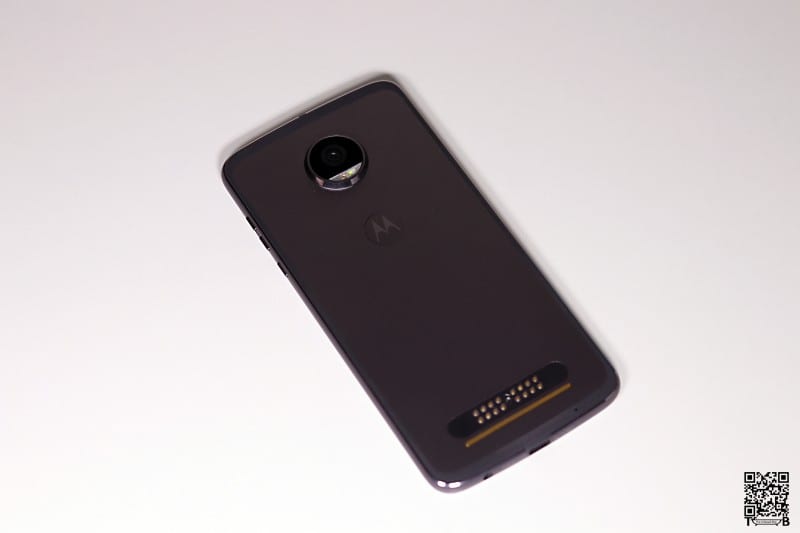 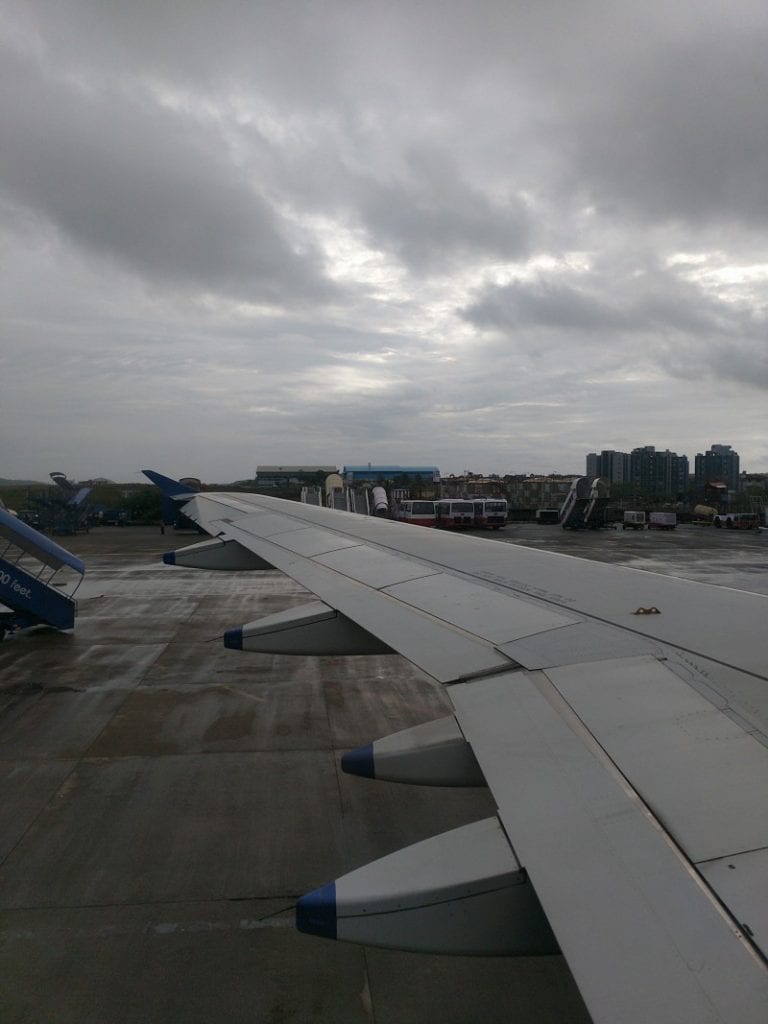 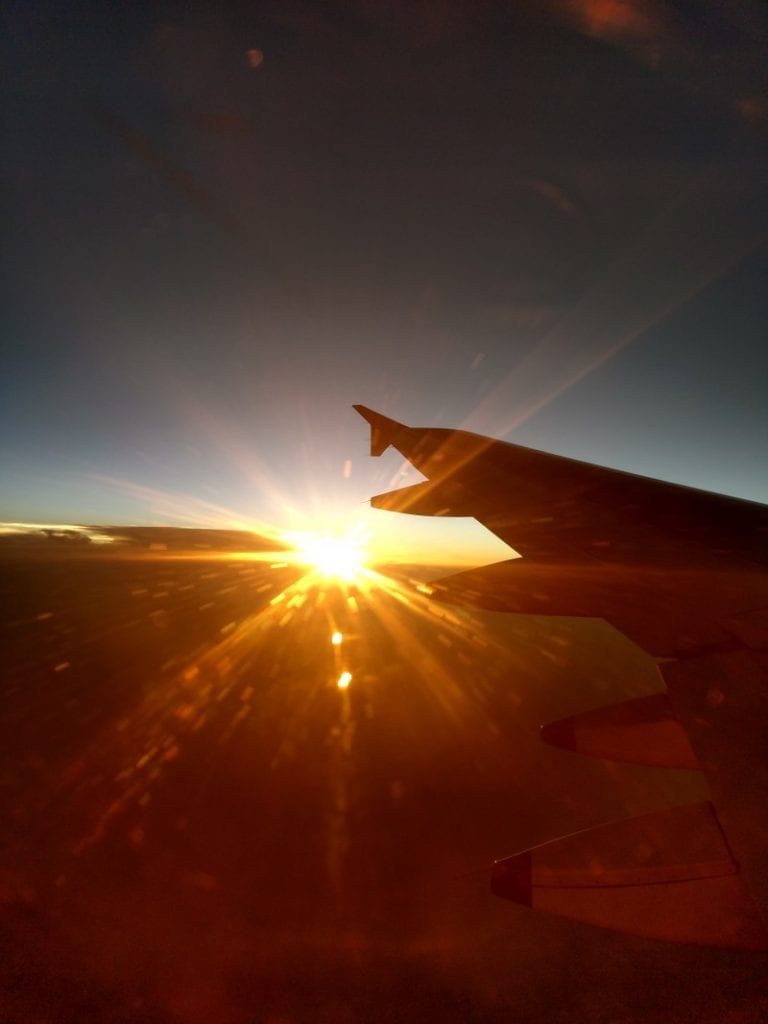 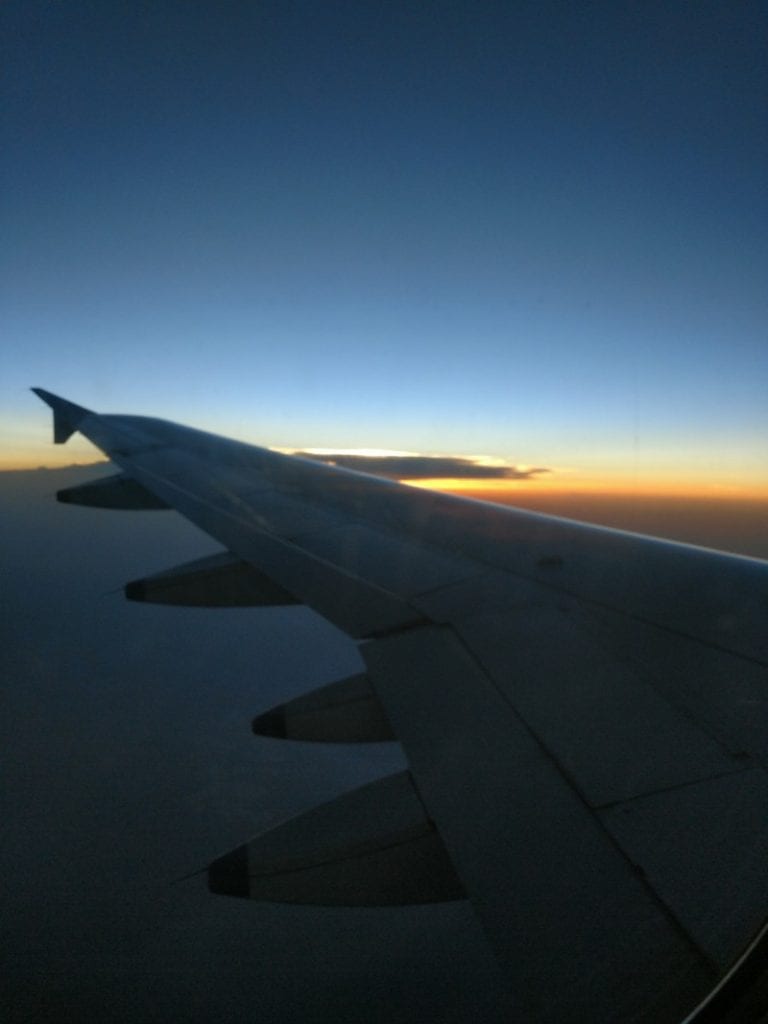 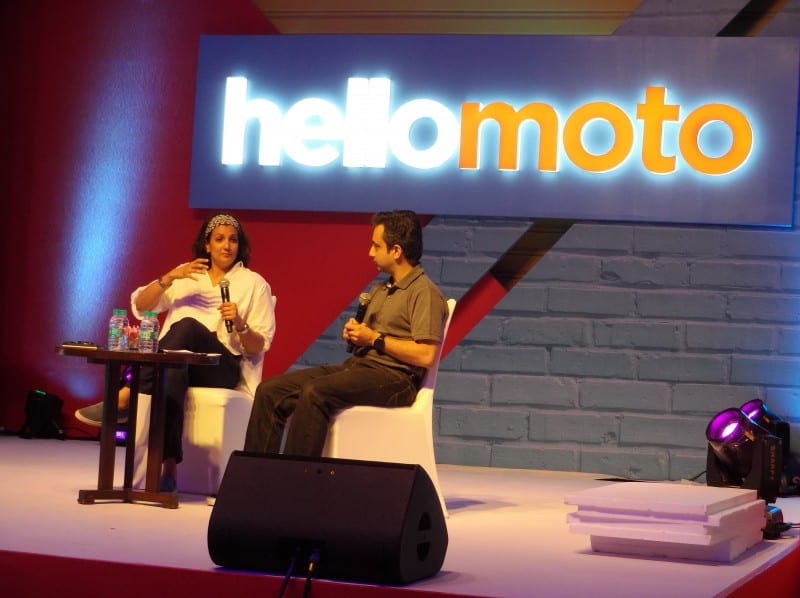 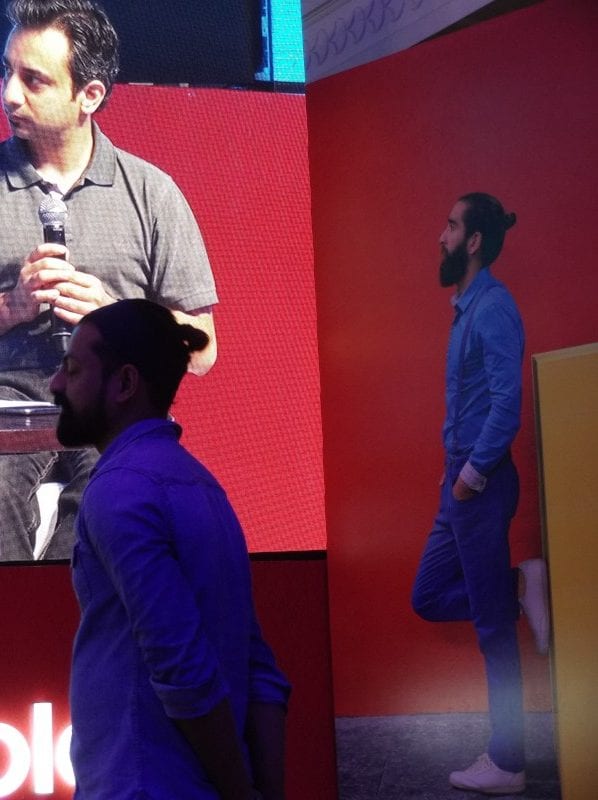 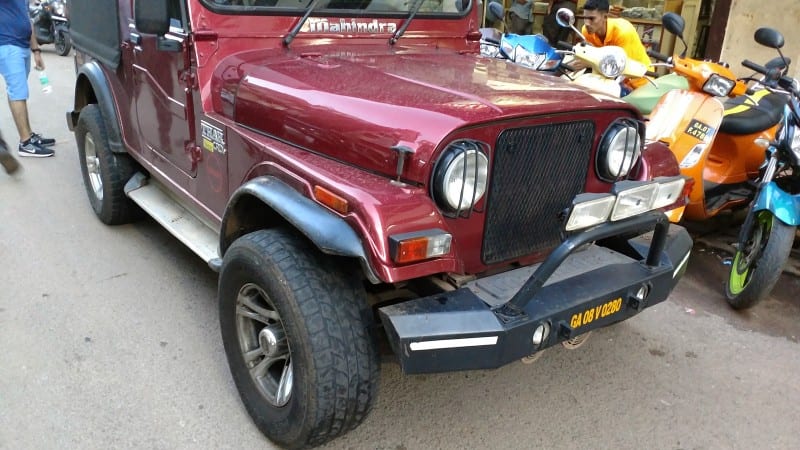 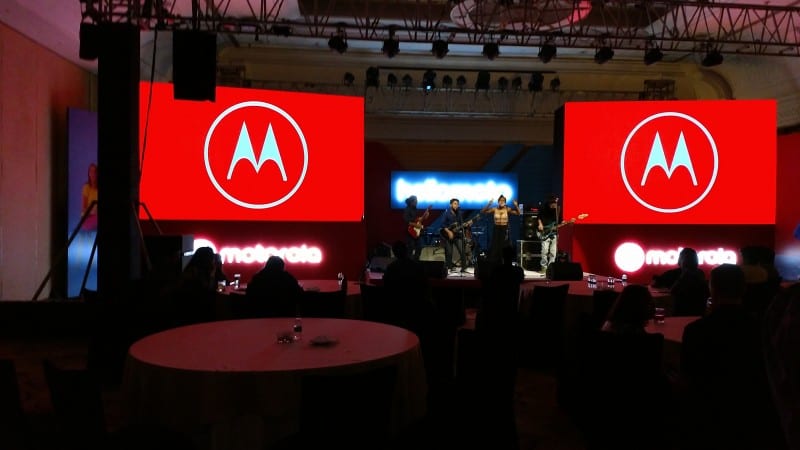 Thanks to f1.7 aperture, the Moto Z2 Play does a good job in low light and with HDR mode enabled the images are bright and evenly exposed. Though it gets slower when HDR is on but it’s worth the time and effort. 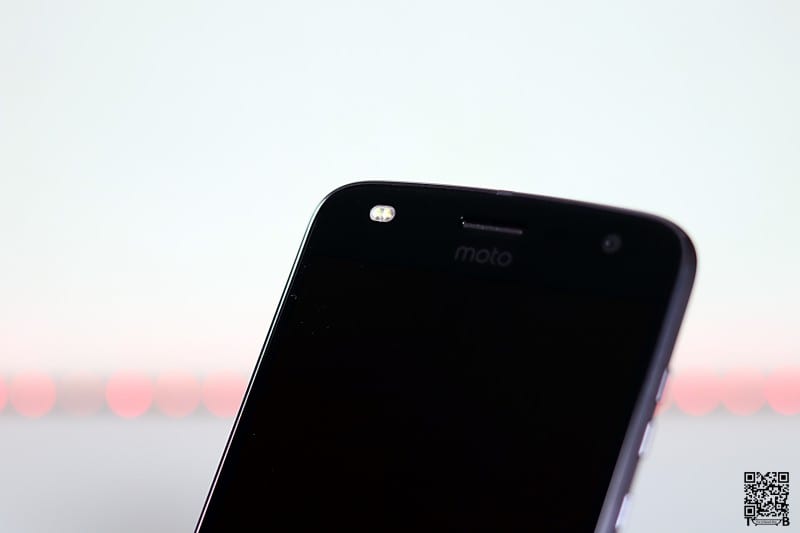 The 5MP f2.2 Wide-Angle Selfie camera is really good and for those who click selfies at any point or time then the front-facing dual-tone flash is a blessing for them.

Like all Moto devices, the Moto Z2 Play feels like a phone with more horsepower than it has thanks to the Moto optimisations. Here are some of the Benchmarks tests we ran on the device. Did I mention that we don’t go by benchmark tests and it’s the last thing a user should look at when buying a device. These results can be easily rigged and can never justify real world performance of any device. 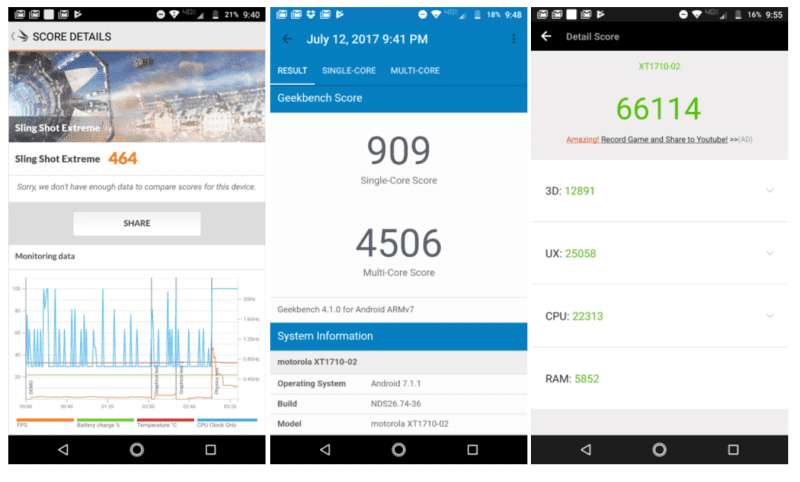 The Moto Z2 Play doesn’t lag or get sluggish, the fingerprint sensor is crazy fast and accurate. While the Moto Z Play was the best phone for heavy duty users the Moto Z2 Play isn’t bad. Yes, the lesser capacity battery is not what most people wanted as a tradeoff for a slimmer device but the 3000 mAh with Turbo Charge still lets you go on and on for more than a day.

Before we pass our unbiased judgement, we would like to point out that Moto Z2 Play is not just a smartphone. It is an ecosystem of devices that are available to its users on the fly. Ten years ago when Steve Jobs “These are not three separate devices, this is one device, and we are calling it iPhone,” that was the game changer in 2007.

In 2017, the Moto Z series is the new radical in the smartphone industry. Moto Z2 Play with MotoMods is many devices in 1. It’s a JBL BoomBox, a Projector, a Hasselblad Camera, Car Dock, Power Pack and more. 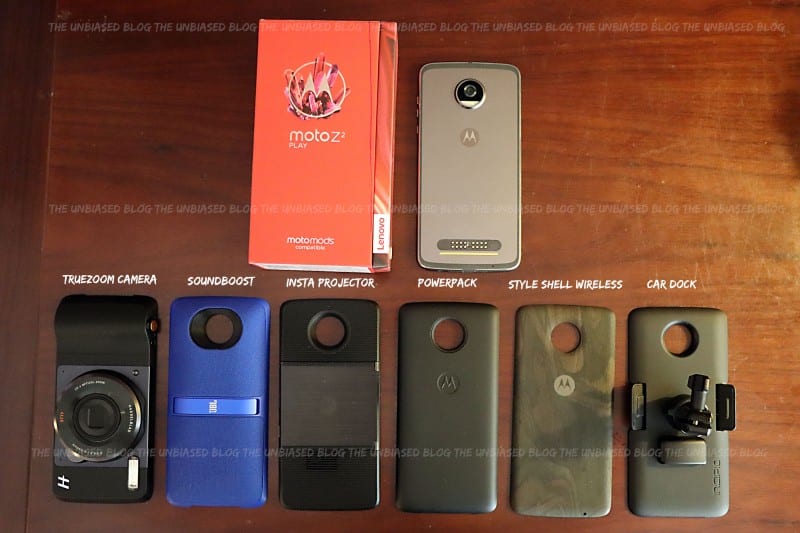 The reason we started the verdict by clearing out that Moto Z series is an ecosystem is because some people are comparing it with similarly priced devices. There is nothing wrong in that but drawing the conclusion that it doesn’t offer Snapdragon this or that amount of RAM is unfair. Other devices at INR 28K may offer better specs but they would need an upgrade in about 6-8 months when the cameras get better, the speakers get louder or the batteries offer more power. But Moto Z2 Play, on the other hand, will always have the ability to upgrade itself as and when needed. Not everyone needs loud sound but might want DSLR-level quality RAW images on a smartphone. That person can invest in the Hasselblad TrueZoom MotoMod instead of the JBL SoundBoost Mod.

For us, the Moto Z2 Play is the Transformers of smartphones that can take any shape or form (in a way).

As nothing is perfect, the Moto Z2 Play does have its shortfalls like – 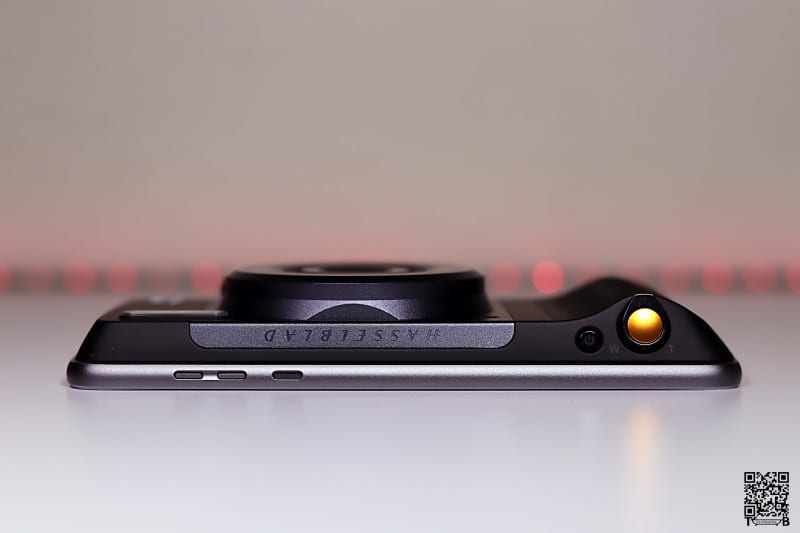 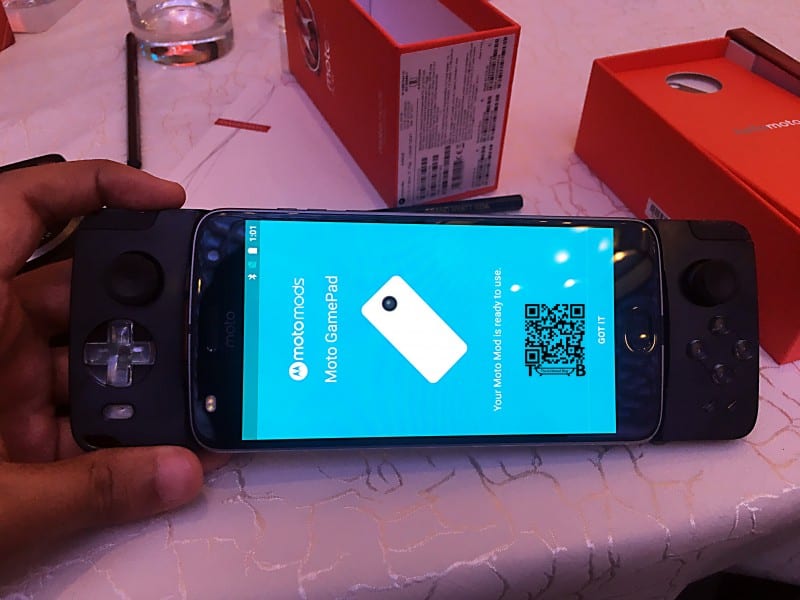 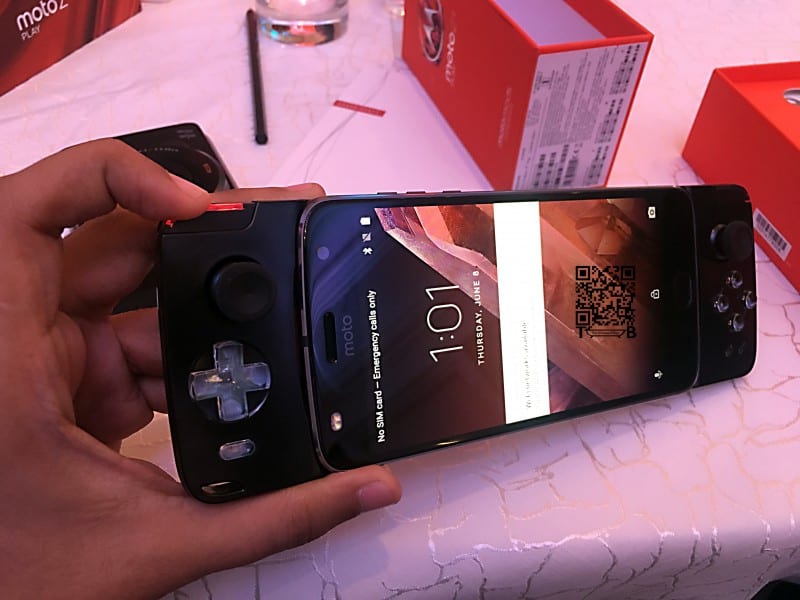 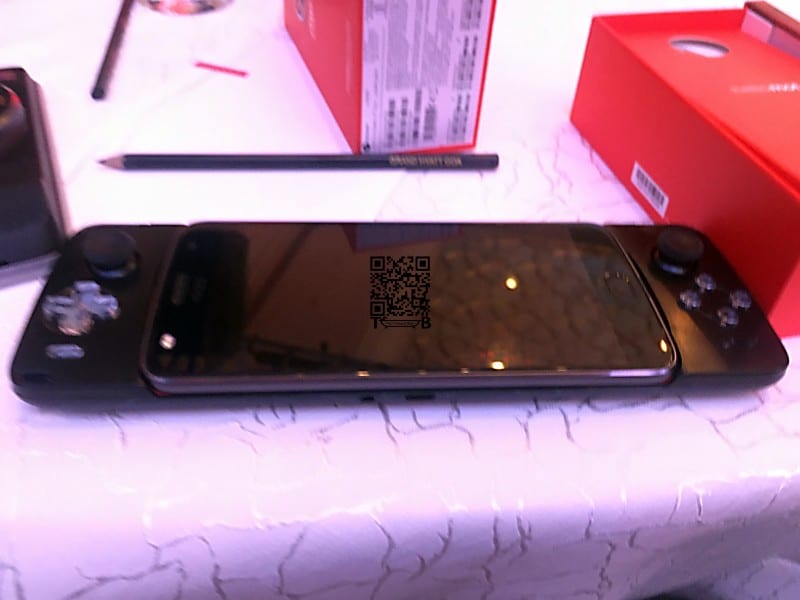 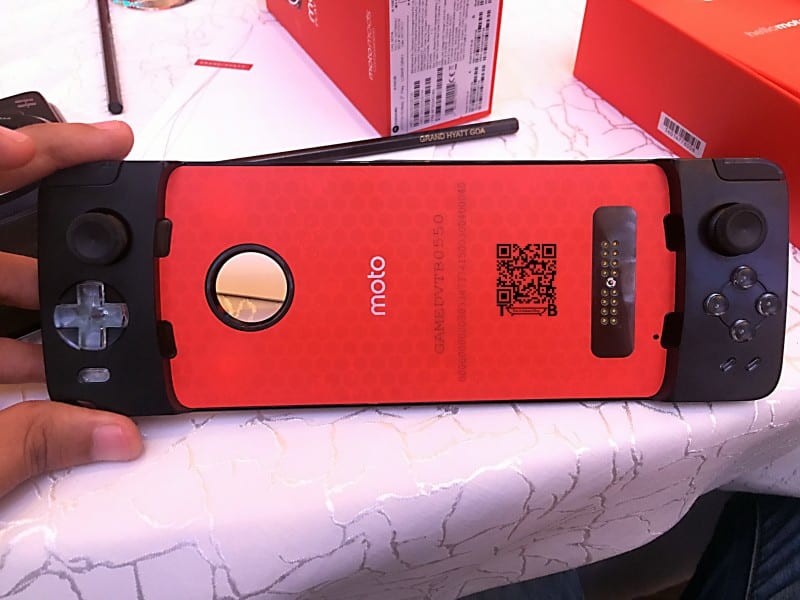 If you are convinced to get into the Moto Z ecosystem then you can buy the Moto Z2 Play exclusively from Amazon.in for INR 28,999 – http://amzn.to/2tRtLrt