I’m not sure how many of you remember that the Samsung Galaxy S8 was launched almost 6 months ago. Now in the world of tech that is pretty darn long time. But, what if this 6 months old smartphone can beat the latest and apparently greatest smartphone that one can buy?

Yes, we are talking about the Apple’s latest iPhone, the iPhone 8 that was announced yesterday with much fanfare. Now, you may argue that we should be comparing the iPhone X with the Galaxy S8. But that won’t be a right because Samsung Galaxy S8 64GB variant is available for INR 57,900 (USD 700 on BestBuy) but the iPhone X (10) costs a whopping INR 89,000 (USD 999) for the 64GB variant. That’s a huge difference of INR 31,100 in India and $199 in the states. For that amount of money you can buy another phone, a 360′ Camera or even a smartwatch for yourself.

Enough said, now let’s start with the 8 reasons that the Galaxy S8 is better than the iPhone 8.

First and foremost is the design. When you are buying a smartphone or anything for that matter. It is the design that catches your attention first. And hands down, Samsung Galaxy S8 is the best-looking smartphone money can buy. On the front, the Galaxy S8 comes with an immersive infinity display whereas iPhone 8 has thick bezels. 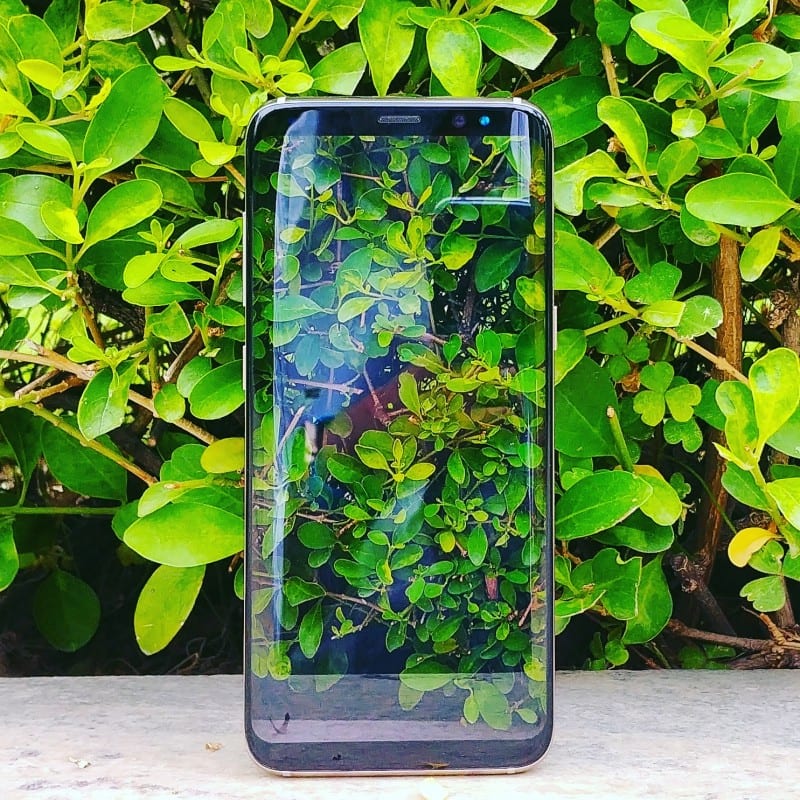 It gets worse on the rear, even though Apple has used a new material ‘Glass’ to enable ‘Qi’ wireless charging, the design remains to be archaic. It’s largely the same design since the iPhone 6 which launched in 2014. For a company that claims to be the most innovative company in the World, please take a Note (pun intended) that the design of your smartphone will be almost 4 years old in a few months. 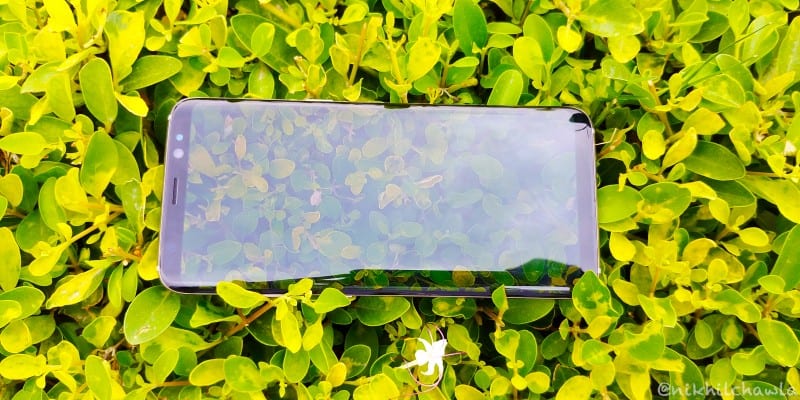 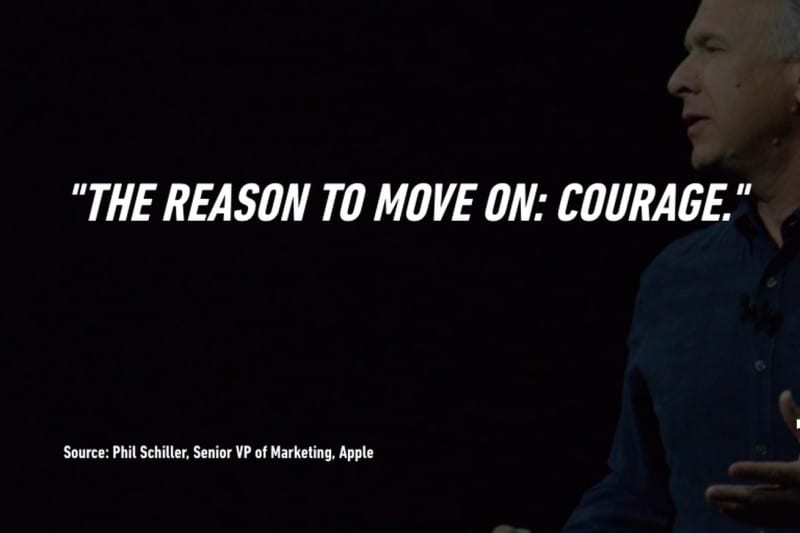 What Apple labels as ‘Courage’ of removing the 3.5mm Audio Jack was in fact, the weakest move by the company. Just to make sure that there first ‘Water Resistant’ device is secure they decided to remove a fundamental port and threw a bunch of adaptors at us. And all those claims that the move was made to make the device slimmer were lame. The iPhone 7 and 8 both are more than 7mm.

On the other hand, the Galaxy S8 at 8mm has a 3.5mm jack apart from other essential ports.

Just like the previous generation iPhone 7, the latest iPhone 8 is also IP67 certified – dust and water resistant. Water resistant up to 1 meter. Whereas, the Galaxy S8 leads here too with a more advanced IP68 certified that lets you dip the device up to 1.5 meters. And you can’t take ignore the fact that Samsung has been doing this for a longer time, hence has more expertise in making Dust and Water Resistant devices. 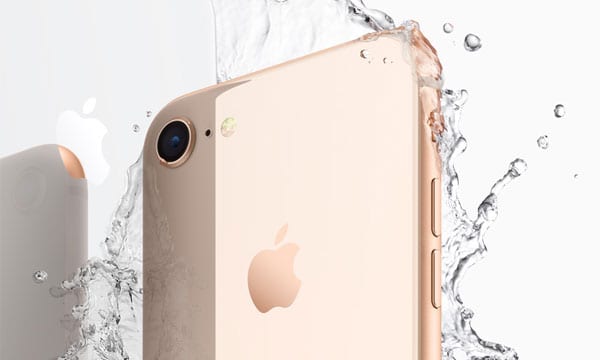 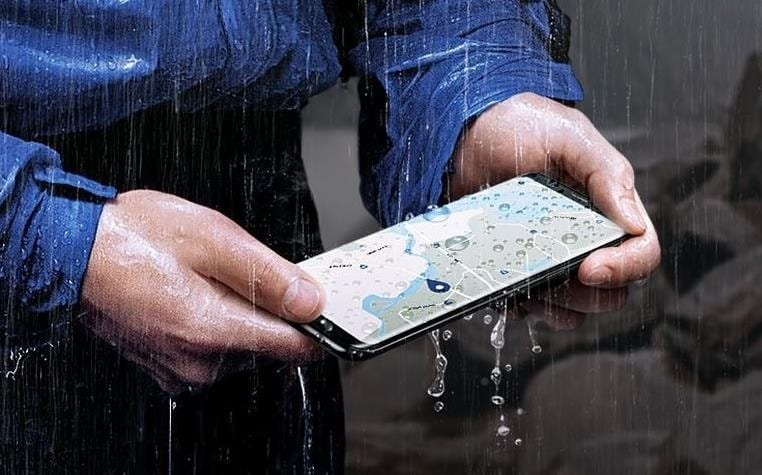 Let’s be honest, any amount of internal storage isn’t suffice. I have a 128GB iPhone 6s and I filled it in 30 days and as I don’t pay for iCloud storage to save photos online or have the time to sync it to my Mac. Samsung, on the other hand, made sure that it provides Expandable Storage to its consumers. We all know iPhone never had it and never will have an option to expand storage so if you want to buy a higher capacity variant then you will have to shell out more moolah.

One more thing, iPhone has never had and will never have is the option to insert 2 SIM cards at the same time. Now, if you live in India then in a way it’s a mandatory to have a Aadhar Card and a Jio SIM card. And again, iPhone falters as you can only use 1 SIM at a time. So, an iPhone user has to either carry a additional phone or be happy with one service provider.

Starting from iPhone 4 to probably iPhone 6s, Apple was in a lead when it came to smartphone photography. The Samsung Galaxy S7 came and changed it around. The Dual Pixel and 1.7 Aperture Camera on the S7 had put every other camera smartphone to shame. And the S8 carries on the legacy with its unbeatable camera.

Last but not the least, the Samsung Galaxy S8 is by far the most advanced phone when it comes to ways you can unlock the device. Believe it or not, it can be unlocked in half a dozen ways! FYI, Samsung is World’s first smartphone maker to offer Iris Scan on a smartphone (Note 7). Followed by Face Recognition, which Apple calls FaceID on its iPhone X. You also get a Fingerprint Scanner and other old school ways of unlocking a smartphone. 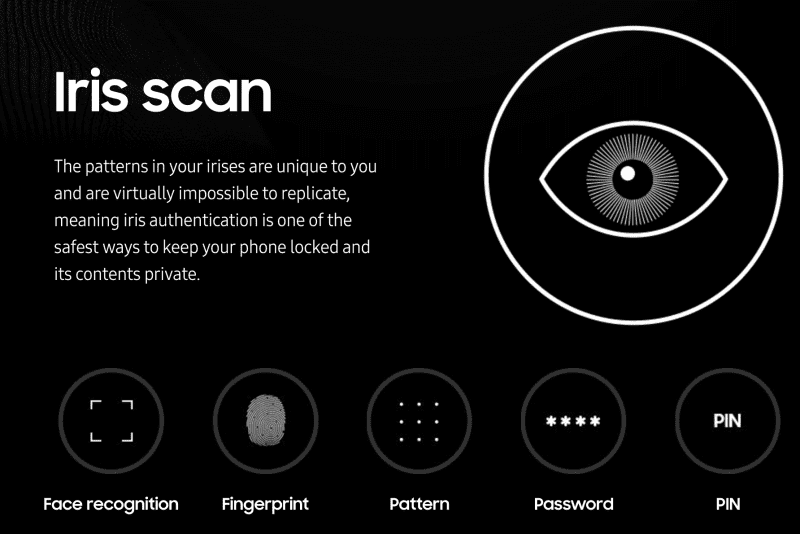 Whereas, iPhone 8 has only two options – Fingerprint or PIN/Password. And the more expensive iPhone X is also limited two options – FaceID and Pin/Password. I really feel that Apple is taking more things away from us rather than adding what consumers need or want. It’s definitely a step in the wrong direction by the Cupertino giant.

So, that was my list of reasons what Samsung Galaxy S8 is better than the Apple iPhone 8. If you have any other points to add or counter statement then please leave a comment below or tweet to us @theunbiasedblog.