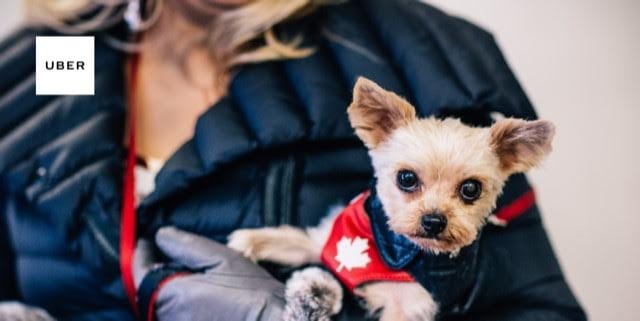 Uber has completed four successful years in the Capital city of New Delhi. Since its launch in October 2013, Uber has transformed the way Delhiites move and has helped millions of people to travel from one place to other, providing reliable and seamless first and last mile connectivity to being a viable alternative to private car ownership. With over 500 million trips in India so far, Uber has become the preferred choice of transportation across several cities in the country including Delhi.

To celebrate this, Uber is all set to brighten its fourth-year Anniversary celebrations with some puppy power. Bringing back the second edition of UberPUPPIES for its riders in New Delhi, this is a special on-demand service by the ride-sharing company in association with a city-based NGO, Paws for a Cause, the intent is to spread the word around the ‘Adopt, Don’t Shop’ movement. Riders can request for puppies on-demand through the Uber app on 3rd November between 1:00 and 4:00 PM for some ‘cuddle’ company. HOW THIS INITIATIVE WORKS:

“As we cross the four-year milestone, we would like to thank the people of Delhi for supporting us in redefining the urban mobility landscape in the capital. Since our launch back in 2013, we have grown from being an exciting alternative to get around the city catering to a few hundreds, to fundamentally changing the way millions of Delhiites move. Working towards our goal to provide safe, affordable, reliable transportation at the push of a button, everywhere for everyone, Uber has rolled out several services that resonate with the people, at the same time creating tens of thousands of entrepreneurial opportunities in the city. For instance, Delhiites have embraced shared mobility in a big way and today, one in every three trips by Uber in the capital are POOL trips. UberMOTO is solving for last mile connectivity across metro stations in Gurugram. Delhi NCR has been at the forefront of Uber’s efforts in its national campaign to ‘Decongest India”