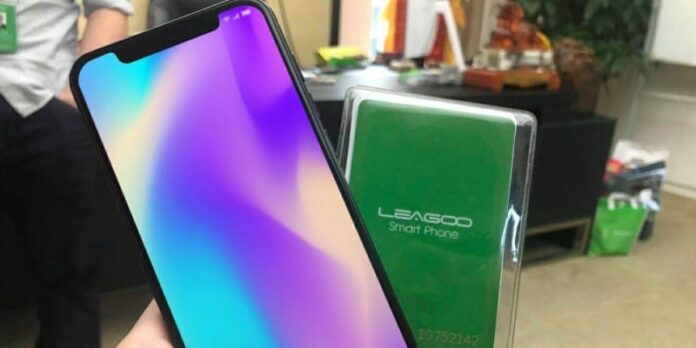 The iPhone X’s duplicate is three times less than the price of the X.

Going fast forward and the iPhone X already has a clone. Storming the internet, prior its launch, this unfamiliar company has taken centre stage abruptly. In fact, this company draws its inspiration from flagships of other mobile companies. Weirdly enough, it’s a Chinese company, which goes by the name of Leagoo. Its current model takes a dig, not only at Apple but also at Samsung.

By the looks of the phone, it looks like Apple’s brother from another mother, adopting its name from Samsung. You heard that right! Leagoo’s newest flagship will be named as S9 and will make its way before the launch of Samsung Galaxy S9.

Coming to the phone, the Leagoo S9 looks identically like the iPhone X, featuring the famous Notch. That ain’t all, it also resembles the dual camera module in a vertical form, just like the X. However, the only notable dissimilarity is that the Leagoo S9 has a cutout fingerprint sensor, below the camera at the rear.

Perhaps, the copycat is expected to sport a 5.8-inch AMOLED display, powered by a MediaTek P40 chip, coupled with 6GB RAM and 128GB of internal storage. The dual camera is a pair of 16-megapixel sensors.

This isn’t the first time that Leagoo has taken a cheeky swipe, as it earlier copied the Samsung Galaxy S8 and named it S8, as well. Nevertheless, the Leagoo S9 is available only in Chinese markets and will cost three times less than the iPhone X, at $300 (approximately INR 20000). Dirt cheap, isn’t it? Too bad, even after the launch, it won’t be open to purchase for any other markets around the world and is available solely for the people of China.

What is your say on the Leagoo S9? Would you purchase it? Leave your comments below. We would love to hear from you.